Skip to content
A Legislative Aide to the Member representing Ughelli North, South and Udu federal constituency at the House of Representatives on Compere, Amb. Respect Iwhiwhu has resigned his appointment with the immediate effect over an irreconcilable misunderstanding with the lawmaker.
According to a facebook post by Okorodudu Onoriode Paul, while displaying the resignation letter and copied the lawmaker, “Just in Ambassador Respect Voke Iwhiwhu resigned his position as Special Assistant (Compere) to Rt. Hon. Revd Francis E Waive member representing Ughelli North/Ughelli South/Udu federal constituency at the House of Representatives. 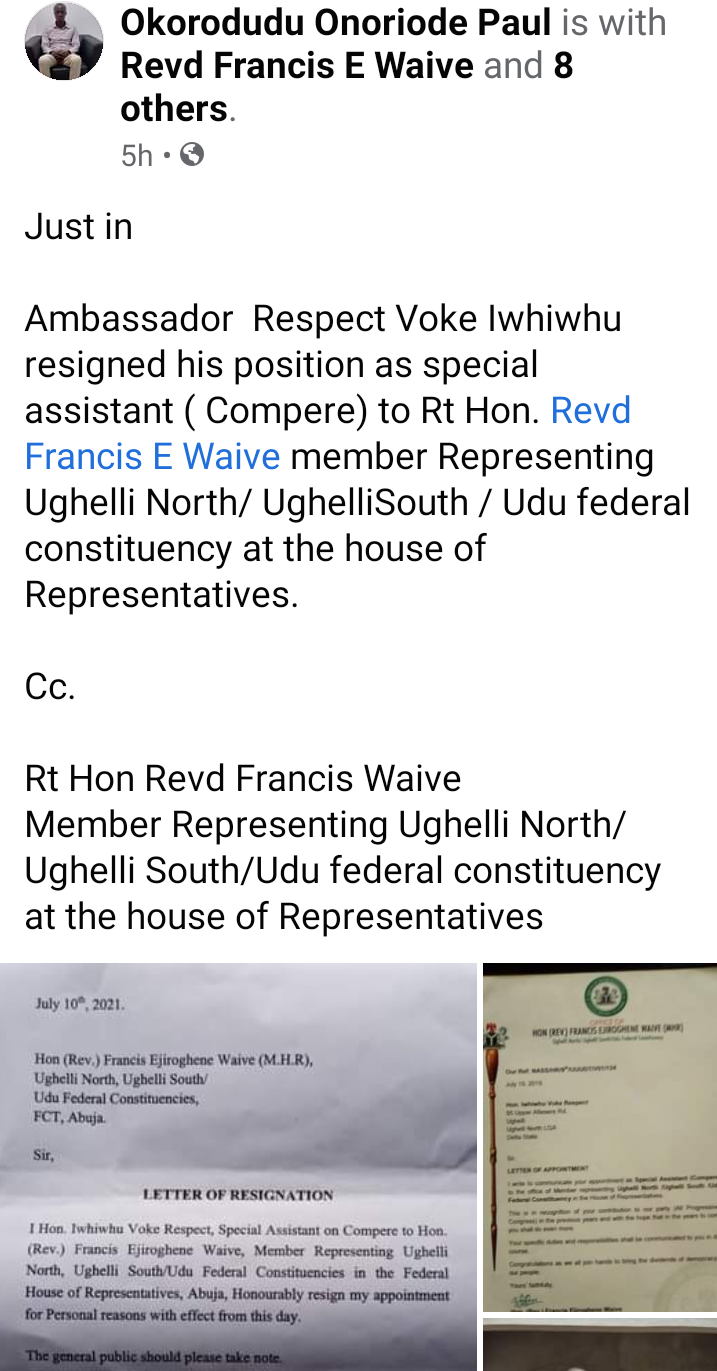 In another facebook post by David Ukane, “Now people will understand how deceitful the APC as a party and how wicked it’s leaders are from the top to the grassroots.
Ukane said, “My guy has decided to resign say E no do again. Wicked people everywhere. No BE JUJU BE THAT🤷‍♂🤷‍♂ 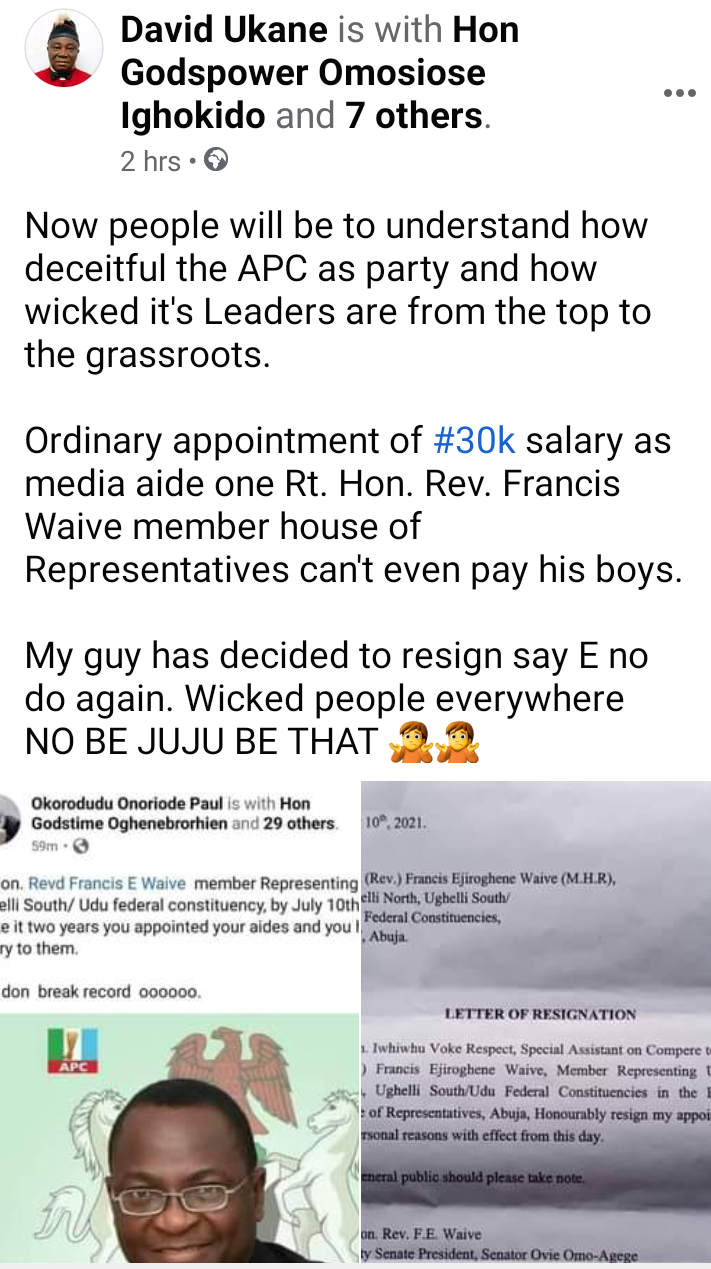 When contacted , Ambassador Respect Voke Iwhiwhu confirmed his resignation as Special Assistant (Compere) to the lawmaker.
He said, “When I told you guys that we are not being paid, most of my people never believed me and I did it so that the world will know that we are not paid.
“What you saw on facebook is true and I authorized it for the world to know what we are going through. I have received several call from high profile politicians and I told that I have resigned my appointment.
“See, my family and all my friends believed that am being paid salary and I want the world to know that nothing is happening there”.
“They called to threatened Onoriode Okorodudu that they are giving me money but I told him no money is or was given to me. He has pulled down his post and I will do my own.

“They accusing me that I am working for Keyamo. I just keep quiet all this while. I want the whole world to know that I am being paid salary”.
Post Views: 162