Skip to content
....Recovers Stolen Cars in Agbarho
Joseph Kobiruo
Two persons suspected to be cultists have been arrested by a combined team of security agents and vigilante for killing their victim simply identified as German Enameg at Iwhrekpokpo community in Ughelli North local government area of Delta state.
The victims, Timothy Ononeme 35,  and Junior Ogboso were arrested from their hideout after an intelligence reports of their whereabouts by security operatives.
It would be recalled that on June 25, 2021 the suspects had shot and murdered German Enameg Believe popularly known as Ajuvwe at the front of his wife shop at Iwhrekpokpo-Ughelli community.
The police had also recovered two abandoned stolen vehicles from suspected kidnappers in Agbarho community.
Confirming the arrest of the suspects, the Delta State Police Public Relations Officer, DSP Bright Edafe said, “In compliance with the directives of the Delta State Commissioner of Police, On the 02/07/2021 at about 0230 – 0600hrs, the Area Commander Ughelli Detailed a combined team of Police operatives/vigilante groups and raided  suspected hideout of cultists.
“During the raid, one Timothy Ononeme ‘m’ 35yrs old of Imowhe Ekiugbo Ughelli North and one Junior Ogboso ‘m’ of Ogheneweta Street Ughelli were arrested.
Preliminary investigations revealed that  the suspects are allegedly responsible for the killing of one German Enameg a.k.a Believe who was murdered in front of his wife shop  on the 25/6/2021 at Iwhrepokpor Community Ughelli North LGA. One of the suspect’s Timothy confessed to be leader of supreme Vikings confraternity in Ughelli and had leadership tussle with late German. Investigation is ongoing. 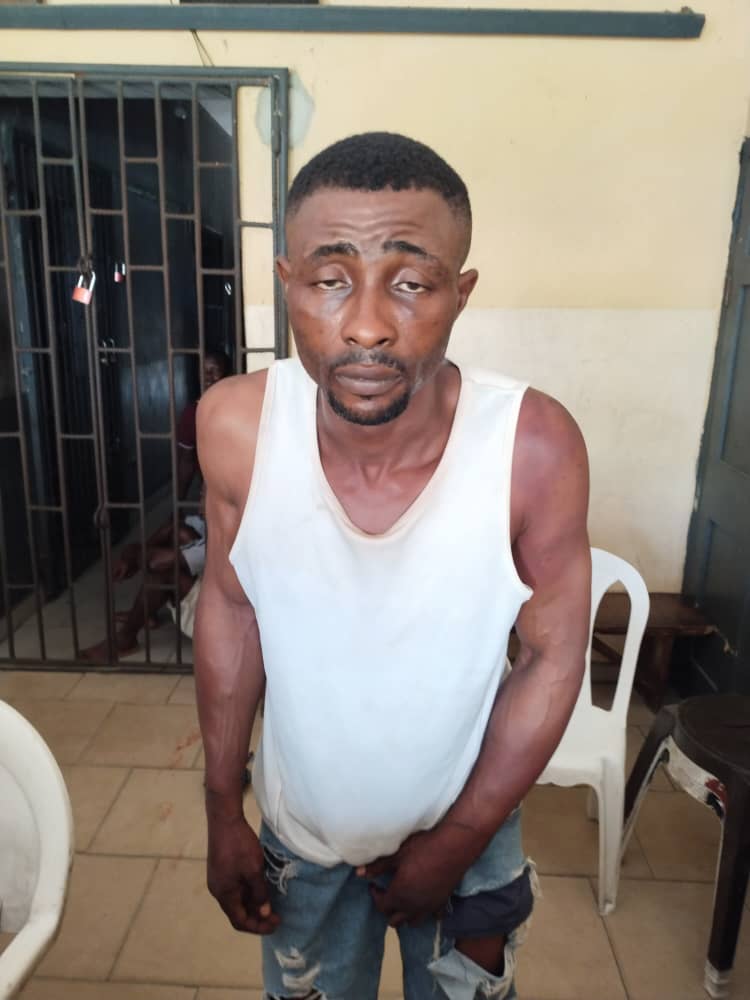 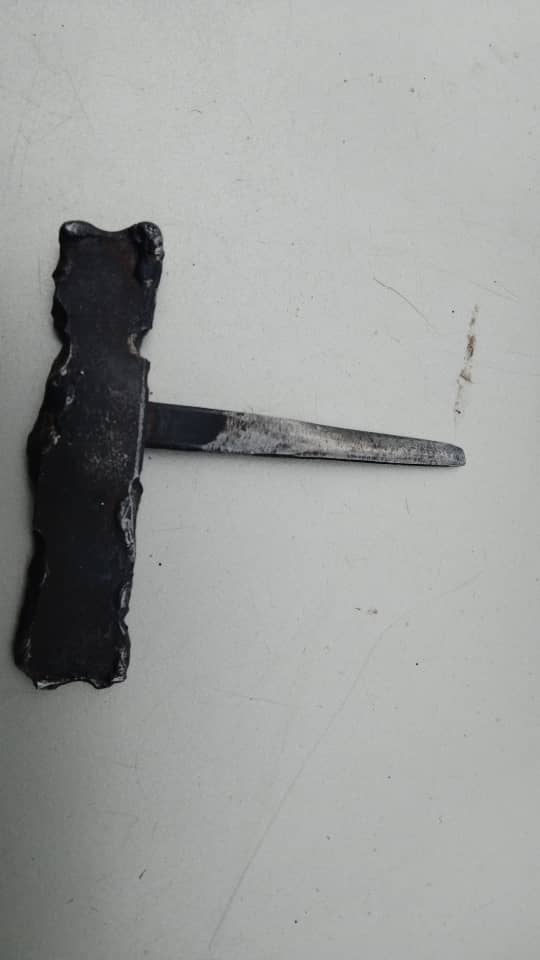 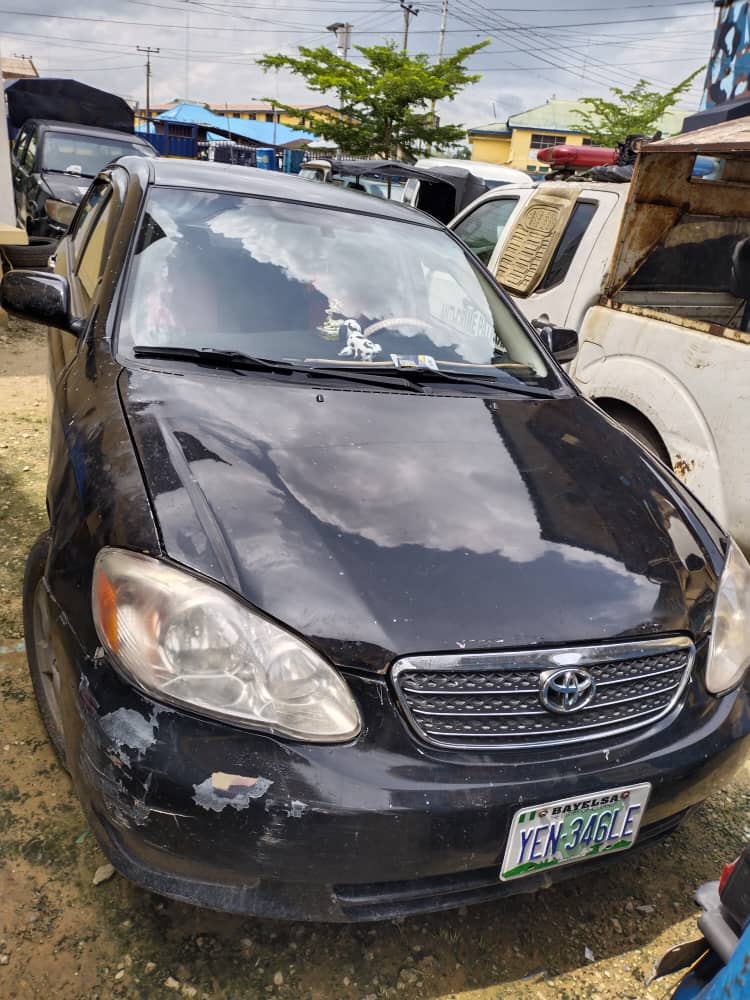 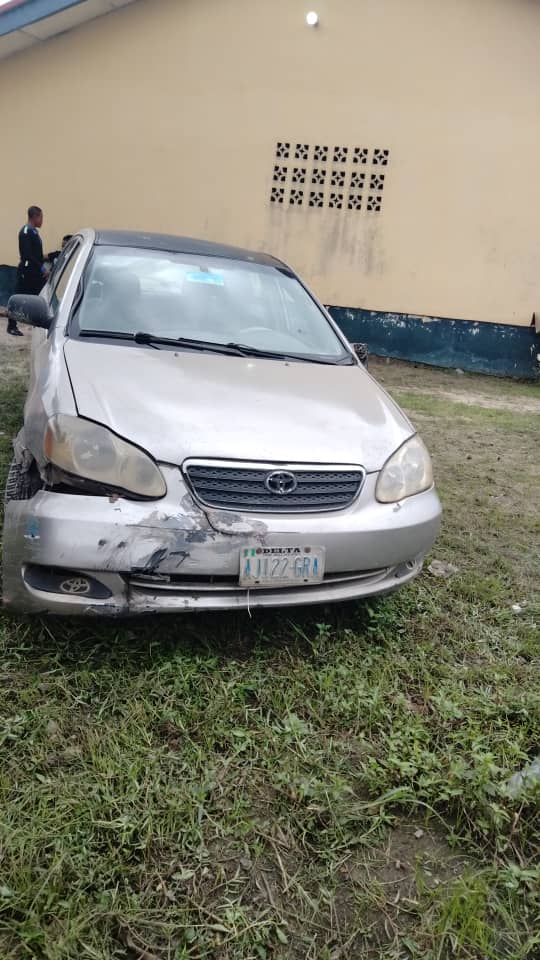 On the 6/5/2021 at about 0837hrs, a distress caller from Felix Ibru Street Osubi reported that  his son Tayo Badamasi was kidnapped in the early hours of same date in front of their house along Ughelli road Agbarho by unknown gunmen operating with black Toyota Corolla car with  Reg no YEN 346 LE black in colour.
“The Police through High tech intelligence gathering, trailed the gang  to cemetery road Warri. The DPOS Agbarho Division and ‘A’ Division Warri in a combined effort detailed patrol teams from their respective divisions who went after the kidnappers.
“The unrelenting effort of the patrol teams forced the kidnappers to abandon their victim and fled in their operational vehicle.
“The DPO ‘A’ Division Warri CSP TY Mahmud who never relented  continued to be on the trail of the  kidnappers. On the 30/6/2021, the effort of the police paid off when the ‘A’ Division Warri  Rapid Response team through  High tech Intelligence trailed the kidnappers to a mechanic workshop, where one of the suspect Godspower Omosomofa ‘m’ 39yrs of Otokutu community in Ughelli North LGA went to repair their operational vehicle, the suspect was quickly rounded up and arrested.
“The black Toyota Corolla car with Reg. No. YEN 346 LA used by the hoodlums in perpetrating their nefarious activities vehicle has been impounded.
“The victim has identified both the suspect and also the vehicle which they used in kidnapping him. Manhunt for the other members of the gang is ongoing.
On 2/7/21 at about 0530 hours, a distress caller  from Orokpokpor village Agbarho called via  phone that one Toyota Corolla with registration number AJ 122 GRA  drove recklessly with speed inside the community at this early hours, on getting this information, the police reasonably suspected the said vehicle to have been stolen or that the occupant must have committed one crime of the other since that is usually their modus operandi after carrying out their nefarious activities, hence the DPO Agbaro Division, CSP Samuel Ogwa immediately detailed and led patrol teams who went for an intensive patrol in the community, the vehicle was sighted, and the patrol teams gave them a hot chase.
“The hoodlum were forced to abandon the vehicle, and fled into the bush. On searching the vehicle,  one master key and the particulars of the vehicle bearing one precious Emiko with his phone number was recovered.
“The owner of the vehicle was contacted through the phone number, and he confirmed that the vehicle was removed from where it was parked at about 0400 hours of same date  and that he has reported the case at ‘A’ Division Ughelli. Effort to arrest the fleeing suspects in on top gear.
Post Views: 351