The Lawmaker representing Ughelli North, South and Udu federal constituency at the House of Representatives, Hon. Francis Ejiroghene Waive has revealed that paying his additional aides stipends was borne of the genuine love he had for his people and nothing more.

He made this statement at his verified facebook page after his Special Assistant on Compere, Amb. Respect Voke Iwhiwhu resigned his appointment with the lawmaker.

According to the statement, Waive said,

Upon my assumption of office and against all known practice from both current and past House of Representatives members, I appointed additional Aides outside my OFFICIAL Aides and placed them on monthly stipends. This was born out of my genuine love and commitment to add value to the life of my people.

After payment for several months, there were alot of uproars from some Wards and Local Governments as to the fact that some of the appointees were clustered within certain Wards, whereas other Wards did not get any. There was also the issue of some of my Aides with double appointment. That is, some of them were on my payroll and also at the same time on the payroll of the DSP.

Sequel to the preceding paragraph, I called for an interactive meeting of all 70 ADDITIONAL AIDES in July, 2020, to review the challenges faced with their appointment. During deliberations, we considered what we can do to make them independent and self-sufficient. At the meeting, we jointly agreed to stop further payments and exit everyone from monthly stipends subject to everyone receiving empowerment in one way or the other.

We first counted and exited those who have concurrent appointment with the DSP. And in fulfilment of my promise to them, several of them have gotten cars from me, and others got Grants and other forms of serious empowerment running into thousands and millions of naira. Alot of them have through the Grants established themselves and are self-sufficient.

The issue of monthly payment was put to rest since July, 2020. I clearly stated this in my 2nd year stewardship statement of 11th June, 2021, which was widely circulated.

Immediately after that 2020 meeting, Voke Iwhiwhu (aka Amb Respect) and Osborn met me and requested to be given motorcycles as their empowerment. I tried to encourage them to wait for Grants and better empowerment. When they will not listen, I called in my SLA & other Appointees to talk with them. But we could not convince them. I therefore arranged for the motorcycles to be purchased for them the next week in Ughelli.

Sadly Osborn sold his motorcycle almost immediately. Voke Iwhiwhu (aka Amb Respect) requested that his be converted to an initial deposit for tricycle
(Keke Napep) at a MicroFinance Bank in Ughelli. He however went back to collect the cash from Bank. But I had kept my word to both young men.

I am aware that as the race to 2023 hots up, mug slugging will increase. Thus I was not surprised to get a phone call yesterday that Voke Iwhiwhu (aka Amb Respect) had hit the social media space with a fathom resignation and the issue of pymt of stipends to Appointees taking centre stage. I hear that Osborn, Ekokotu & others are lined up to do the same.

They say that this is politics, but I disagree. My resolve to change the narrative in our polity remains unshaken. We shall not deter in our determination to ensure that our people get the best in representation and good governance. 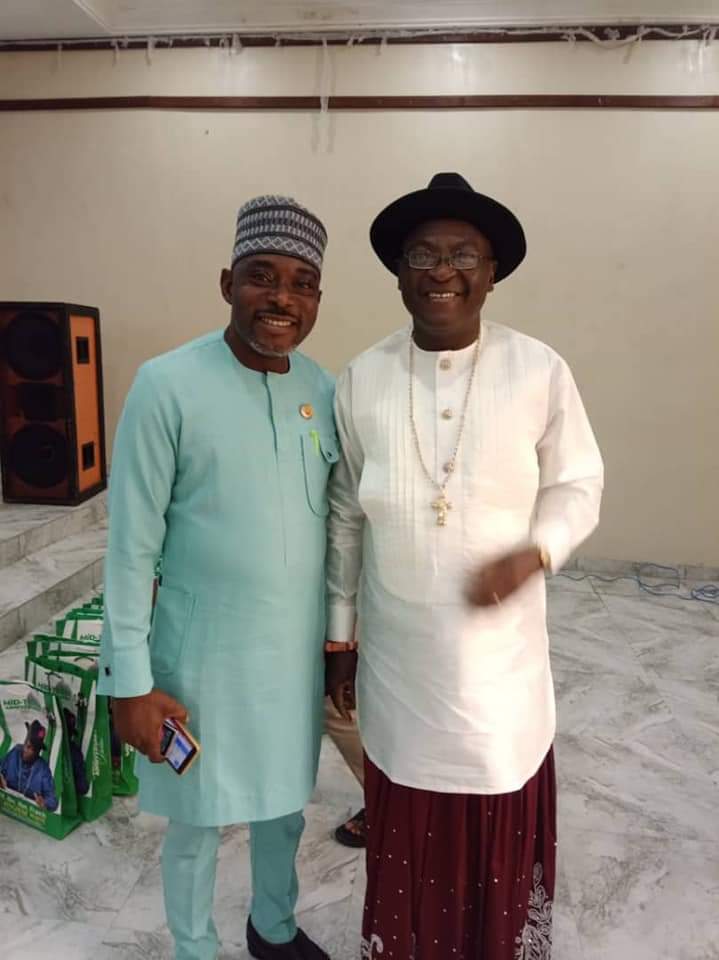 I HONESTLY DO NOT WANT TO DO THIS, BUT I AM FORCED TO DO IT BECAUSE OF THE SPECULATIONS GOING ON, JUST TO CLEAR THE AIR.

WHAT BAFFLED ME MOST IS THAT INSTEAD OF MY BOSS(HON.REV. FRANCIS EJIROGHENE WAIVE) TO FACE THE SUBJECT MATTER SQUARELY, HE IS TELLING PEOPLE THAT (1) HE HAS SETTLED ME. (2) THAT I AM WORKING FOR THE HONOURABLE MINISTER, OLOROGUN FESTUS KEYAMO (SAN).

I MAKE BOLD TO SAY THAT IF HON. REV. FRANCIS EJIROGHENE WAIVE IS A MAN OF GOD, WHICH I RESPECT HIM FOR, LET HIM SHOW EVIDENCE OF WHAT HE USED TO SETTLE ME, LET THE WHOLE WORLD KNOW THAT I AM THE ONE LYING OR HIM.

WHAT I HAVE GOTTEN FROM HIM SO FAR IN HIS TWO YEARS IN OFFICE ARE AS FOLLOWS: 150K, 30K(TWICE), 50K AND 20K RESPECTIVELY, TOTALLING – 250K. I HAVE NEVER RECEIVED ANY MONTHLY SALARY FROM HIM IN THE LAST TWO YEARS.

IF HE HAS GIVEN ME ANY OTHER MONEY OUTSIDE THESE, LET HIM TELL THE WHOLE WORLD AND SHOW EVIDENCE. I LEAVE HIM AND HIS CONSCIENCE TO GOD. AS MY RESIGNATION STILL STANDS.

I AM, HON. RESPECT VOKE IWHIWHU.