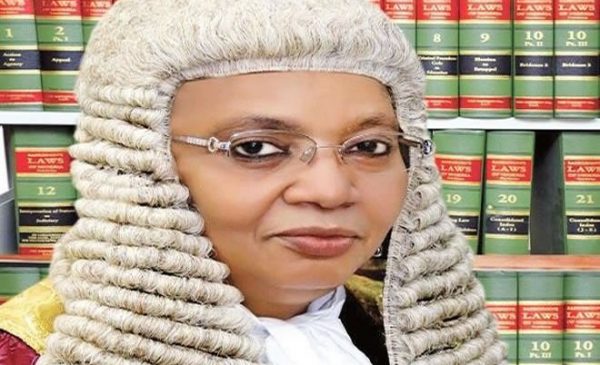 A political pressure group, Nigeria Democracy Defenders has advised the
President of the Nigeria Court of Appeal, Justice Zainab Adamu Bulkachuwa not to divert from the contents of the oath of office she sworn to protect to save the judiciary from imminent and impending constitutional breach over the continuous refusal to hear the Election Appeals from the decision of the election petition tribunal emanating from Delta state.

It would be recalled that the National and State House of Assembly Election Tribunal sitting in Asaba, Delta State delivered judgments between 6th and 7th September in respect of petitions filed challenging the February 23rd, 2019 National Assembly elections in the state.

And these appeals according to section 285(7) of the constitution of the Federal Republic of Nigeria will lapse by 3rd and 4th November, 2019

In a statement signed by the President of the group, Chief Gabriel Avwotusio and Secretary, Mrs. Endurance Onwuka lamented about the deliberate delay in hearing of the appeals filed before the Court of Appeal, Benin City.

The group explained in the statement that “the Court of Appeal had earlier fixed 21st October, 2019 for hearing of various National Assembly election appeals from Delta state.

Only to be informed at about 10am of the said date by the court registrar that the court could not seat due to the disbandment of the appeal panel and that a new date would be communicated to the counsel representing parties in the respective appeals before the court.

The group pointed out that in other states, like Edo, Ondo, Ekiti etc, it is the regular panel of Justices in the various divisions of those states that hears and determine election appeals whereas in Delta State, she has taken special interest in setting up a panel which was later disbanded when it was obvious that the composition/membership of the panel are persons of impeccable characters who were not willing to do her bidding to subvert justice.

“We wish to remind you that upon assumption of office, you swore to uphold and dispense justice without fear or favour.

Your current disposition and interest in the appeals from Delta state by allowing your position to be used by persons who are hell bent in trying to subvert the cause of justice in Delta State will go a long way to hunt you beyond your retirement from the nation’s judiciary.

Like the saying goes, the evil that men do not only lives after them but lives with them”, it added.