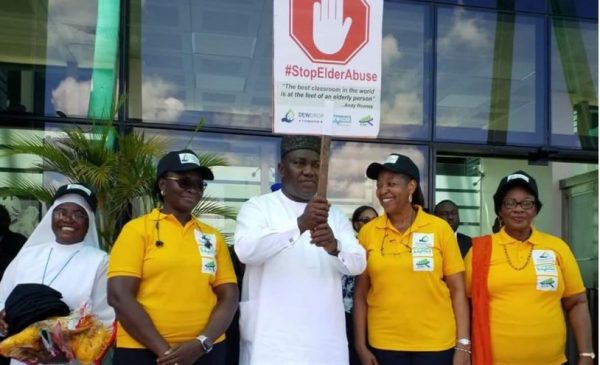 A Non-Governmental Organisation, Dew-Drop Foundation on Tuesday in Enugu held an advocacy walk against elder abuse calling for criminalisation of the act to serve as deterrent to potential abusers of elderly persons in Enugu state.

According to the reports, the Executive Director of the Foundation, Mrs Agatha Nnaji led other partner organisations including the VOICE and Centre for Gender Economics Africa to a sensitisation walk against elder abuse to critical government stakeholders including the Executive, the Legislature and the Judiciary on the urgent need to develop policy framework to protect the elderly persons in the state.

The group earlier assembled at the Michael Okpara Square where they match to the State House of Assembly, Government House as well as office of the Chief Judge of the State and Media Houses.

They were received at the House of Assembly by the Deputy Speaker of the House on the behalf of the speaker, Edward Ubosi, alongside other lawmakers. 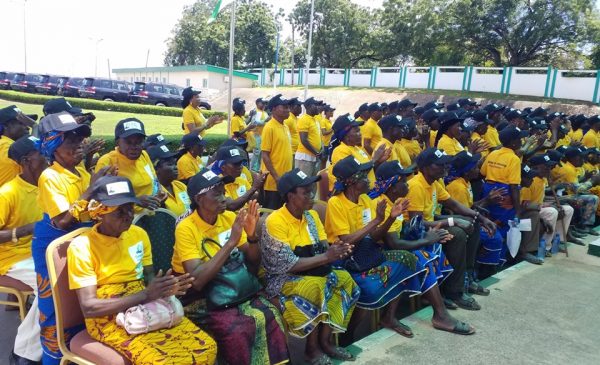 Mrs Nnaji who submitted a policy brief on prevention of elder abuse to the House expressed deep concern over the plight of the elderly persons who are often neglected by not just the family but the larger society.

She called for enactment of enabling law that will cater for the well-being of elderly persons and protect them from abuse and exploitation.

Nnaji disclosed that the NGO has continued to engage key stakeholders in the state, including traditional rulers, Presidents-General of town unions and others so as to identify the people called “teenagers and senior teenagers”.

According to her, twenty (20) community mobilizers in the ten communities who will work closely with the Town Union Presidents and liaise with traditional rulers to align their ideas with the culture of the people have already been trained adding that they have equally engaged “community leaders to see if they will give us a safe space for the elderly in each community where they can meet and socialize”.

“We have ten communities we are working on as a pilot project. We have made some suggestions for them to consider, things that will help the welfare of our people.

“This government under Ugwuanyi is doing a lot already for pensioners. But there are some that did not work in civil service. Like farmers, people that were in private businesses before they got old. Those are the ones we need to consider when we are making bills”.

“One thing that is important is that we believe that it is about time that we introduce knowledge about aging in our schools, so that from primary school you are taught about life cycle”.

“We need to train our people to know the need to respect elders”.  She said.

While acknowledging that elderly people are vulnerable she stressed the need to create a conducive environment for them so as to enjoy the remaining part of their life.

Responding, the Deputy Speaker of the House, Uche Ugwu who spoke on behalf of the Speaker of the House said the bill seeking the prevention of elder abuse will be given speedy consideration adding that it is in line with the policy of the current administration

He said, “I want to assure that the House of Assembly will give you support. You all are aware that our dear Governor, his policies, his antecedents, you will agree with me that is gender-friendly. He is friendly to the elders; he is a friend to all. What we are doing is in line with your vision and we thank you for your support.

“I encourage you to continue with what you are doing because it is the actions of people like you that shape the society.

“If you sit down and watch, things may go wrong but if you contribute your own quota by way of pressing your demand, and creating awareness, things can get better.

In a remark, the state Commissioner for Gender Affairs and Social Development, Peace Nnaji who accompanied the NGOs on the advocacy walk alongside the wife former Deputy-Governor of Enugu State,  Dr. Mrs. Nneka Ada Onyebuchi and the Project Coordinator, Rev. Sis. Judith Nwodo, among others, said the administration of Ifeanyi Ugwuanyi holds a special interest in the welfare of vulnerable persons in the society and assured that the Gender Affairs Ministry will fully identify with the vision.

“The governor has already keyed into all the affairs that concern the elderly in Enugu State”.

“The wife of the governor, Her Excellency, Mrs. Monica Ugwuanyi, has been doing a lot in all the nooks and crannies of Enugu State, to ensure the elderly are supported”.

“Our governor’s wife has thrown her weight behind the state’s rehabilitation centre in Emene, making sure that she builds a leisure centre for the elderly and other interventions”. She said.

Meanwhile, Governor Ifeanyi Ugwuanyi of Enugu State, had on Tuesday, endorsed the campaign against abuse of the society’s elderly, especially in the rural communities.

Ugwuanyi gave the endorsement when members of the organizations led by the founder of DewDrop Foundation and wife of the former Minister of Power, Mrs. Agatha Nnaji, paid him a visit at the Government House, Enugu, to formally present their policy brief on preventing elders’ abuse in Enugu State.

He declared his support for the noble cause.