The family of Collins Iki that was shot dead during Monday August 3rd, 2020 protest in Ozoro the headquarters of Isoko North Local Government Area of Delta has called on the Inspector General of Police demanding for urgent intervention and comprehensive investigation in order to bring justice against the killer of their son. 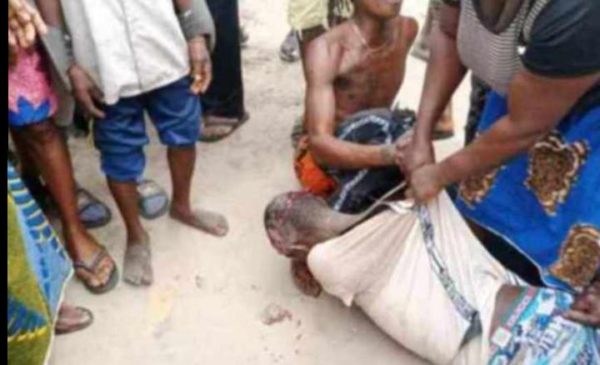 This was contained in a petition addressed to the Inspector General of Police date 7th August, 2020 with caption “Brutal and gruesome murder of Collins Iki, 23-years old boy of Ozoro kingdom, on 3rd Day of August, 2020 by Inspector Isaac Agbulahor attached to Divisional Police Headquarters, Ozoro: Demand for urgent intervention and Comprehensive investigation”, made available to newsmen by the Legal Practitioner, O. Akpojumobor esq on behalf of Oboro family of Ozoro kingdom on Tuesday August 11, 2020.

The petition read in parts: “Our client, Barrister Shadrach Omodu Oboro who is a Legal Practitioner in Delta State informed us that in the morning of August 3rd, 2020 while he was going to Court, he passed through NDC road where he saw some people gathered along the NDC road, Ozoro and also saw Inspector Isaac Agbulahor with team on the NDC road in Ozoro. 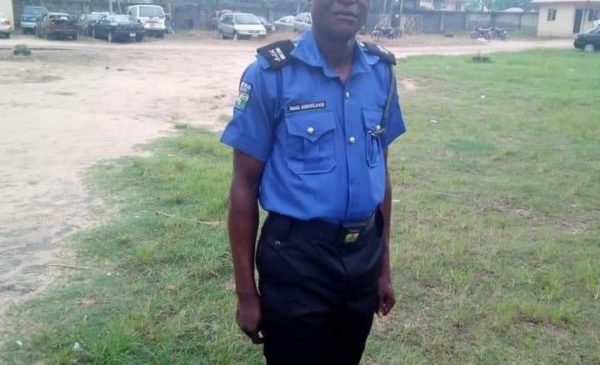 “Our client briefed us that, when he returned from Court, he was informed by his family members that where at the scene along NDC road, Ozoro that Inspector Isaac Agbulahor used his Police gun to brutally and gruesomely shoot and murdered Collins Iki an innocent passer by who was going to the site of his Uncle with another family member.

“Our client informed us that the deceased after he was shot dead by the Police, was rushed to the Ovie of Ozoro Palace by his family members and well wishers before he was taken to Okeleke Hospital, Erovie Quarter, Ozoro where he was confirmed dead by Dr. Vincent Okeleke as the victim suffered gunshot dead

“Our client informed us that, he visited Okeleke Hospital on the 3rd of August, 2020 where Dr Okeleke personally confirmed to him that the deceased suffered gunshot injury at the back of his head with the bullet piercing out through the eye and eventually died. The deceased was shot from behind by Inspector Isaac Agbulahor.”

The petition further stated that, “Our client informed us that he and his family members visited the Ozoro Police Station to lodge their complaint of the brutal and gruesome murder of their son but the Divisional Police Officer was reported absent twice. Before on their third visit to the Divisional Police Officer, CSP Ogedegbe reluctantly assigned Inspector Celestine Attah to investigate the murder case of Collins Iki who took statement from our client on the 5th of August, 2020 but has not taken any further step in the matter despite the repeated visit of our client.

“Our client informed us that the Police authority in Ozoro instead of causing investigation to the untimely, brutal and gruesome murder of the innocent deceased for the culprit to be brought to book, diverted investigation and attention to arrest about 37 suspects and transferred to Asaba who are not the killers of the deceased and at the same time falsely publishing in Newspaper and Internet that the deceased died as a result of stray bullet and that the deceased is a suspected cultist and internet fraudster which is copiously false, wrong, diversionary and misdirected to shield the killer of the deceased because he is a police officer.

“Our client informed us that, the deceased was shot dead by the culprit with police gun assigned to him by the Divisional Police Officer, Ozoro CSP Ogedegbe under the control of the Assistant Commissioner of Police, ACP C. Emordi and this is the reason while the Divisional Police Officer, Ozoro and the ACP Ozoro are shielding the culprit from facing the full weight of the law because they are respectively guilty of lack of supervision and control over their trigger happy police officer the perpetrator of this dastardly act.

“Our client informed us that the deceased family members are in sorrow over the loss of their son unconstitutionally murdered by police in Ozoro with police gun while concocting false claim and allegations of the death against innocent members of the society.

“In view of the foregoing, we have our clients mandate to appeal to you to cause investigation into our clients complaint and to bring the culprit to book in the interest of justice and sanctity of the society to maintain law and order.”