Skip to content
By Michael J. Ekokoruwe,
Isoko and Ndokwa nations yesterday further sealed their aged long relationship as Hon. Ochor Ochor, Hon. Ferguson Onwo, Prof. Patrick Muoboghare and others celebrated with High Chief Iduh Amadhe, the immediate President General of the Isoko Development Union, when the son, Engr Donald Iduh got married to miss Philibeth Chime at Umutu, Ukuwani Local Government Area of Delta State.
Speaking at the traditional marriage, the President General of the Ndokwa Neku Union (NNU), Major General Ndubuisi rtd who  chaired the occasion stated that, it was a thing of joy that the son of a prominent Isoko cultural leader was getting married to a daughter of Ndokwa land.
According to him, the union will further cement the unity among the two ethnic groups who have lived together and intermarried over the years.
General Ndubuisi accompanied by some of his executives and the women wing of the NNU, the socio cultural umbrella union of the Ndokwa people urged the new couple to always allow love to reign supreme in the relationship and let God  be their guide. 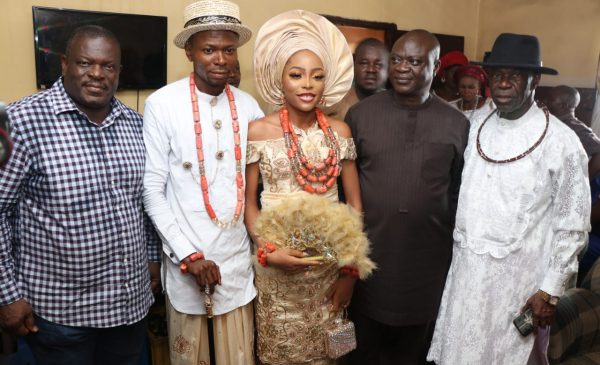 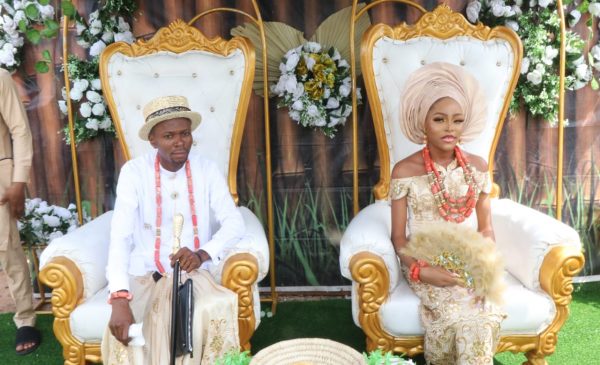 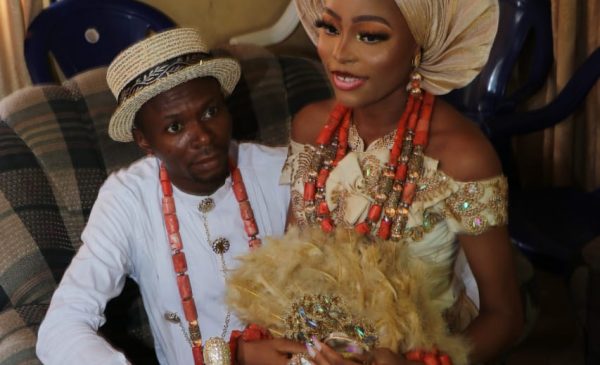 Also speaking, Chief Daniel Odhomo, second vice president general of the Isoko Development Union (IDU) who led the IDU team to the ceremony expressed joy at the auspicious occasion which has again afforded the two ethnic nationalities to interact together for the common good of the people.
Chief Odhomo who prayed for the success of the marriage called for the sustenance of the unity between the Isoko and Ndokwa people as they not only share a common affinity but are also major oil and gas producing areas in the state without commensurate returns.
On his part, father of the groom, High Chief Iduh Amadhe who was  elated, expressed joy and thanked God for the grace upon his life and his family.
Chief Iduh who is also a Patron of the IDU stated that Donald was his second son to get married within a space of two weeks and it is the fulfilment of the desire of every parent’s dream which has come to pass. He appreciated the various guests from far and near who came to celebrate with the Amadhe and Chime families in their moment of joy.
The highlights of the ceremony were the payment of the bride price and fulfillment of other traditional marriage rites according to the custom of the Umutu people as well as the new couple’s ceremonial dance amidst cheers and showers of cash gifts by the large array of personalities that graced the occasion.
Dignitaries that attended the ceremony include the Deputy Speaker of the Delta state House of Assembly, Hon Ochor Ochor, Hon.Fergoson Onwo, Majority Leader of the Delta state House of Assembly, Prof. Patrick Muoboghare, Commissioner for Higher Education, Hon Chief Okenmor Tilije, Commissioner for Finance, Hon. Churchill Amagada, Commissioner for Trade and Investment and Prof. Snapp Oboreh, Vice Chancellor, University of Science and Technology Ozoro.
Others was the Pioneer Speaker of the Delta state House of Assembly, Hon. Emmanuel Okoro, Justice Egbare, Bursar of DELSU, Retired Justice Clever Daniels, Barrister Ambrose, Special Adviser to the Delta state Governor, Hon Juan Governor, Chairman Ndokwa East  Local Government Council, Prince Harry Emaviwe, immediate past Regent of Aviara kingdom, Odio  of Uzere, Chief Jones Agbaka, Apostle and Mrs Thomson Oki, General Overseer of Christ Chosen Deliverance Church, amongst others.
Post Views: 103