Kenneth Gbagi a frontline 2023 governorship aspirant in Delta State, has alleged that Governor Ifeanyi Okowa has threatened to kill him at a meeting he was forced out by his security aides.

In a petition signed and released, Gbagi, a chieftain of the  Peoples Democratic Party, PDP,  also accused Governor Okowa of preventing him from partaking in a recent meeting with ad hoc delegates of the party, in Asaba.

Gbagi, in a letter dated May 21 and addressed to the PDP National Chairman, Iyorchia Ayu through Delta State PDP Chairman, Kingsley Esiso, further accused Governor Okowa of harassing delegates to vote for his preferred candidate, Sheriff Oborevwori in the forthcoming governorship primary of the party. 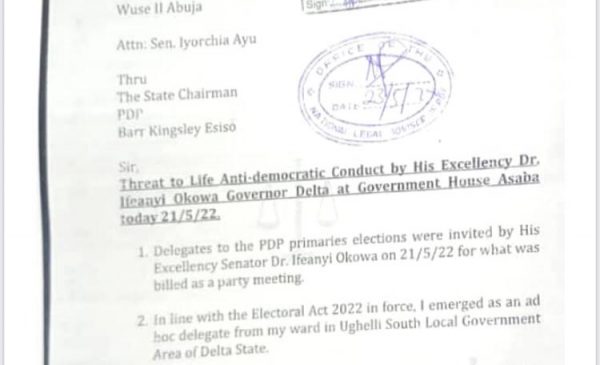 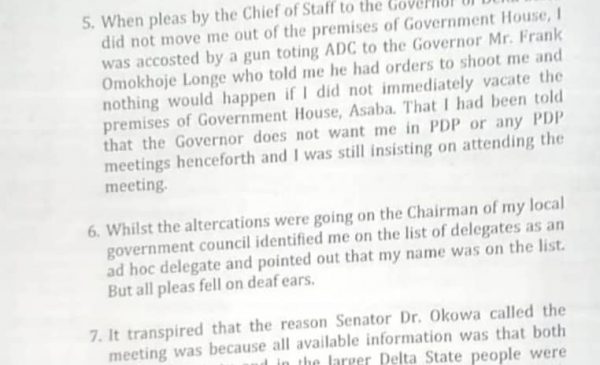 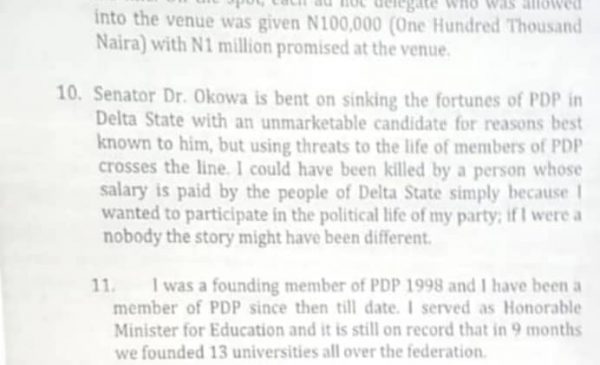 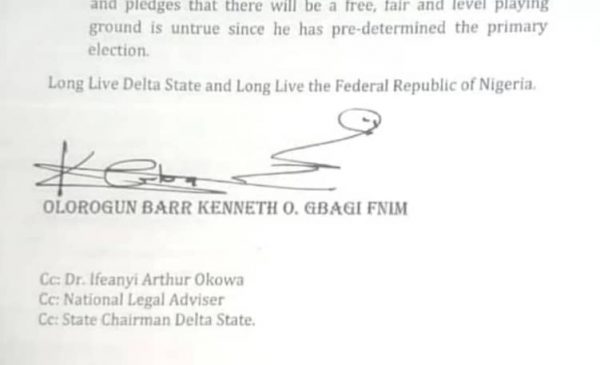 The former Minister of Education, who lamented how ad hoc delegates were promised N1,000,000 by the governor to deliver his candidate, claimed that a certain police officer was given instructions to shoot him if he refuses to leave the meeting venue.

As at the time of this report, non of governor Okowa Media Aide has refute the allegations.