The Elders and Leaders Council of the Peoples Democratic Party in Udu Local Government Area of Delta State has denied ever endorsing any of the aspirants for election ahead of the forth-coming primary election of the party for the position of member representing Ughelli/Udu Federal constituency, frowning at the dropping of the group’s name in the quest for votes by some of the aspirants.

This is just as it has warned all aspirants vying for various positions that the Elders and Leaders Council of the Peoples Democratic Party in Udu Local Government Area of Delta State is not a cartel for endorsement. 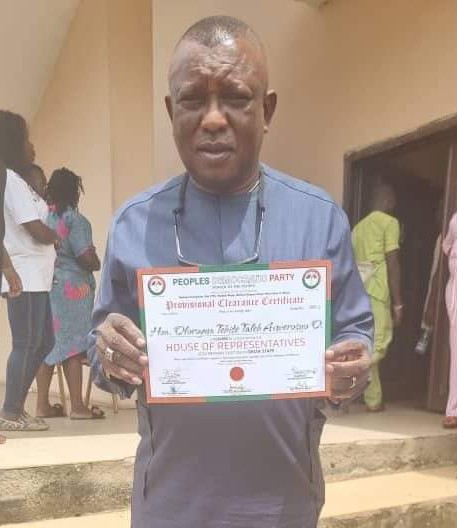 Reacting on behalf of the group, the spokesman, Hon Justice Iyasere who is the immediate past Vice Chairman of Udu Local Government Council, described as erroneous the report by one Ejiro Nomuoja to the effect that the body has endorsed Hon Talib Tebite for House of Representatives at the primaries.

The Udu Leaders and Elders council, in the statement by Hon Justice Iyasere, expressed displeasure with the dropping of Udu leadership body in the campaigns by Hon Talib Tebite and Hon Solomon Awhinawhin, stressing that there was no way the body could have endorsed two persons for the same position.

‘’We woke up to a report on social media on Sunday that the PDP Elders and Leaders have endorsed Solomon Awhinawhin. While we took the report as a huge joke, we felt it was one of those things and decided to let go. But on Monday, after the visit of Hon Talib Tebite, another report surfaced branding Udu leaders as irresponsible to have endorsed yet another aspirant.

‘’It is obvious that since silence is no longer golden, we are compelled to react officially that nobody has been endorsed for the House of Representatives. There are four visible aspirants in the race plus a couple of others. Why is everybody trying to drop Udu Elders and Leaders name in the bid of the aspirants to win votes? We have to make this clarification before other aspirants come up with their respective report that Udu is in the business of endorsing aspirants whereas, no such report has been made about Ughelli South and Ughelli North leaders.

‘’We use this opportunity to appeal to the aspirants to stop dropping the body’s name concerning endorsement. We shall take a stand on the election at the appropriate time but that shall not be on the pages of newspapers. All the aspirants have the right to canvas for votes.

But nobody should discredit this body as an endorsement cartel for all aspirants. Udu PDP Elders and Leaders Council have not endorsed anybody. That is the stand of the body’’, Justice Iyasere added.