Six more corpses have been exhumed for further investigation following the denial by the Delta State Commissioner of Police, Mr. Hafiz Inuwa that there were no lost of lives in the recent attack on Agadama, Avworon communities of Uwheru in Ughelli North Local Government Area of Delta state, by suspected Fulani herdsmen.

The corpses were on Monday exhumed under the supervision of the Nigeria Army and Police.

The exhumed corpses that were buried in twos are, Mr. Philip Emesharueke 27, Andrew Useh 22, Kotor Boy 25, Ochuko Ovwanre 25, Samson Coach Ogheneoruese 35, and Freeborn Israel 35, while the other two were exhumed last Sunday.

According to security source, they were buried in shallow grave and covered with white sharp sand.

It would be recalled that the Delta state Commissioner of Police, Hafiz Inuwa had earlier denied and faulted the media report that eight persons were killed in series of renewed attacks by persons suspected to be Fulani herdsmen in Uwheru kingdom of Ughelli North local government area of Delta State describing it as moves by some individuals to cause apprehension in the state.

Members of Agadama and other surrounding agrarian communities in the area had alleged that herdsmen dressed in military camouflage, had invaded their communities and killed eight farmers including two others whose corpse were said to have been burnt by their assailants.

The indigenes in protest had barricaded the Ohoror-Bomadi road and restricted access to scores of Ijaw communities in Delta and Bayelsa States leading to hundreds of travelers being stranded owing to the obstruction on the road. During the protest which later became rowdy, some persons were shot, others stabbed including two unidentified soldiers while one person was reported to have bled to death from wounds sustained.

Reacting to the incident, the Delta State Commissioner of Police, Hafiz Inuwa while warning the general public to stop escalating issues, wondered why members of the community will be hiding the corpse of such persons claimed to have been killed by the herdsmen if such incident actually occurred.

“When the incident of herdsmen invasion was first reported, we quickly mobilized our men to the area in partnership with the military. The protesters from the community blocked the road but with the cooperation of the political stakeholders in the area, the police were able to open the blockade.

“A rescue team was raised with representatives of the police, community and other services with a view to recovering the said corpses, but on getting to the bush, only one person was seen with bullet wounds and was taken to the hospital for treatment and up till now (Sunday) as we speak, the Police has not seen one single corpse. 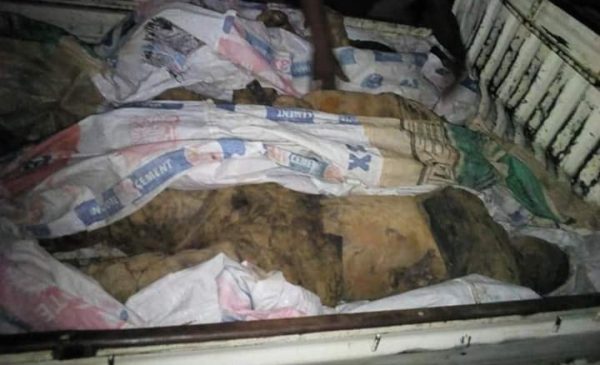 “People should stop escalating issues as no corpse has been recovered or seen by the law agencies as at Sunday morning and if there are, why are they hiding such corpses from the police? But a search will continue today if there are any corpses as claimed, but for now, there is nothing like that.”

Countering the Commissioner of Police, President general of Uwheru, Cassidy Akpedafe said, “As we speak (Monday morning), seven persons are dead inside the bush and we are yet to recover their corpse.

“17 persons have been rushed to the hospital for medical treatment and I want to use this opportunity to appeal to the police not to cook up reports on this matter.”

Meanwhile, a security source from the 222 battalion, Agbarha-Otor, has confirmed that two of its men were shot during last Friday melee in the community.

Though the source could not confirm who shot the soldiers, the source who spoke on condition of anonymity because he is not authorised to speak on the matter, said: “Yes, two soldiers from the battalion who are stationed at Bomadi and drafted to the area, sustained injuries during the incident.

“They are in stable condition and are currently receiving medical attention for injuries sustained during the incident at the Bomadi General hospital.”

On his part, the chairman of Ughelli north local government Area, Chief Godwin Adode said, “This evening (Monday),I got a call that six corpses have been recovered in the bush and I have to put a call across to the state governor who directed that I should contact the Commissioner of Police, the Area Commander who is in charge of the area and the Army from the 222bttalion in Agbarha-Otor and the DPO so that they can mobilized to go and recover the corpses.

“We went and recover the six corpse and brought them to the police station after which they were taken to morgue.

Cautioning the indigenes of Agadama against further attack, Adode appeal to that the people should be very careful in entering into bush because the suspected Fulani herdsmen are very much in the bush.

“Though it is going to affect them for now because they are farmers and fishermen and their bush has been overtaken by killer herdsmen and the only assistance, we need from the federal government is that they should help us to chase these killer herdsmen away by siting a military base in the affected area.”

It was gathered that aside this recovered six corpses, two others were recovered on Sunday and were deposited at the morgue while one who was shot has been buried at his home town Iyede in Isoko north local government area.