Deputy President of the Nigeria Senate, Senator Ovie Omo-Agege, Monday, decried the dwindling unity amongst Urhobos, insisting the people could still come together to defend one big Urhobo family and still pursue their individual dreams.

According to him, “The consequences of lack of unity have been dreadful. Urhobo was created for greatness. But the reality today is that despite being the 5th largest ethnic group in Nigeria and the largest in Delta State, Urhobo has not been exercising a level of influence that is commensurate with its numerical strength at the National level, and preponderance at the State level.

“We had a thriving economy and Urhobo led in politics and business but all that is now history. We lost our way and lost our pride of place in the comity of ethnic nationalities in Nigeria. We have fallen behind in all spheres of life.

“Be it politics, economy, science, technology, the arts or sports, there is a huge gap between what we have offered and our potential.  At decisive moments, when we are expected to exhibit unity and cohesion, we dissipate energy in selfish and unscrupulous quests. The disposition is to display treachery and sabotage towards meaningful Urhobo political aspirations.

“The four ethnic groups in Nigeria that are larger than the Urhobo nation have produced either a President, or a Head of State or both. The highest position Urhobo has attained is that of the Deputy President of the Senate, the fifth political office in Nigeria which I currently occupy.”

Appealing to the Urhobo people to shun rancour, bitterness and acrimony, he urged them to join UPU to take steps to remedy the lack of unity and underdevelopment of Urhobo land relative to other ethnic nationalities in the country,

He added:  “As we move towards another election season in 2023, it is most appropriate to be conscious and strategic.

In recent months, there has been considerable apprehension over attempts to short-change Delta Central Senatorial District in the rotation of the governorship position in 2023.

“The strong opposition of the UPU to this surreptitious and dangerous move to manipulate the political process in the State against Urhobo political interest is commendable”.

Applauding the UPU for insisting that it was the turn of Delta Central Senatorial District to produce the next Governor of Delta State, he said; “I am also pleased that UPU emphasized the need for the Ijaw nation to support the 2023 gubernatorial quest of Urhobo Nation.

“Also worthy of note is UPU appeal to political parties in the State to sustain the rotational arrangement of the State’s governorship position based on senatorial districts. They have spoken the mind of all Urhobos irrespective of political platforms.

Also speaking, Chairman of the opening ceremony and Speaker of the Delta State House of Assembly, Rt. Hon. Sheriff Oborevwori, said; “As  we celebrate 90 today, I wish to harp on unity, progress and cohesion for the sake of Urhobo. Let us be guided by history and protect this inheritance bequeathed to us by our fathers”. 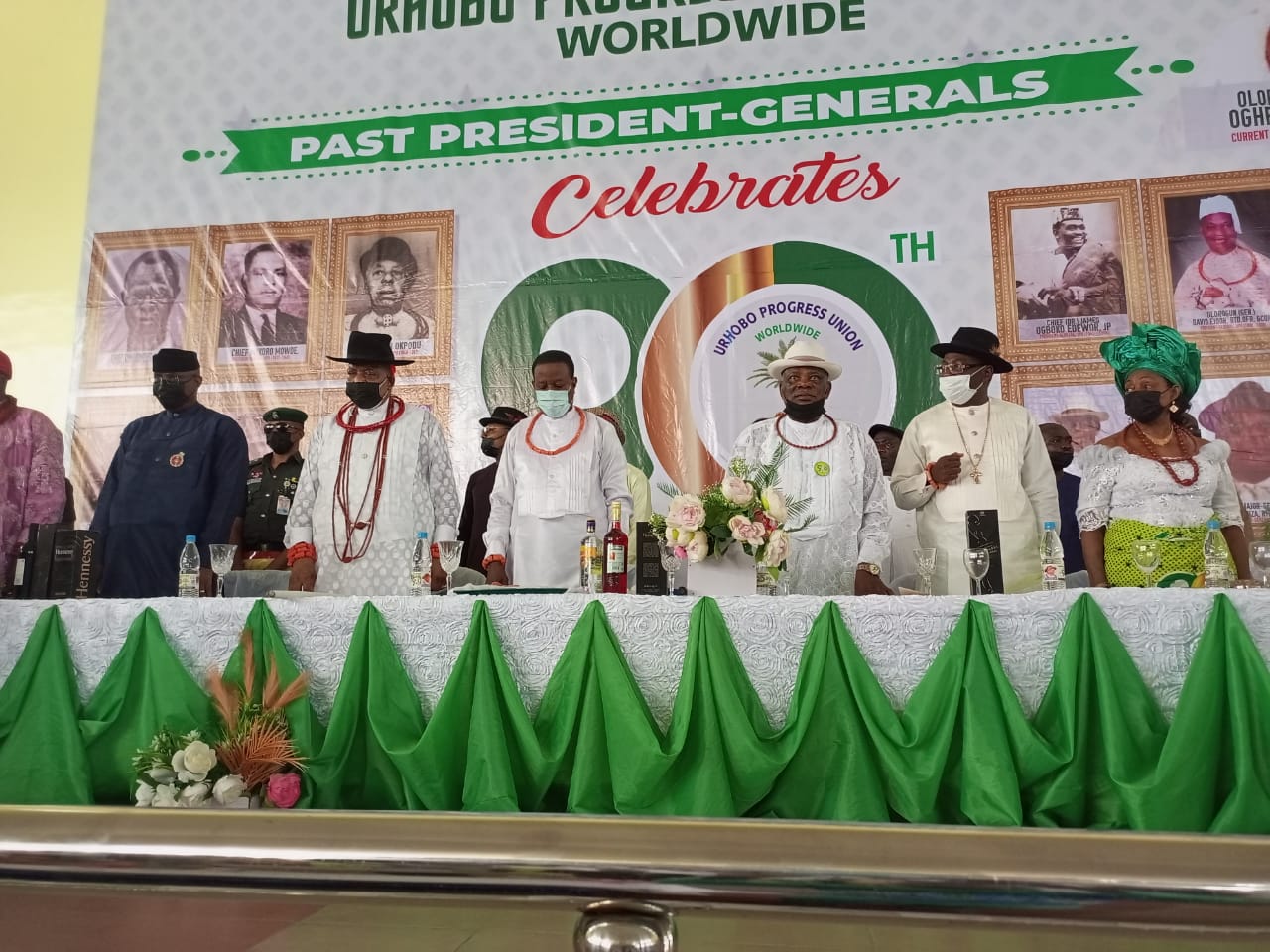 Oborevwori who was represented by the member representing Uvwie constituency at the State House of Assembly, Chief Solomon Ighrakpata, said; “I am proud of the achievements of the UPU in this  journey that we have started together for a more united, peaceful and progressive Urhobo nation. I want to strongly advise that we continue to build on our relationship with other ethnic nationalities in the State and the country.

Represented by the member representing Uvwie constituency at the State House of Assemby, Chief Solomon Ighrakpata, Oborevwori noted that the dreams of the founding fathers of UPU “to unite the Urhobos and also be a strong voice on issues bordering the Urhobo nation have been substantially achieved but we need to build on those successes.

“For the sake of Urhobo. Let us be guided by history and protect this inhertance bequeathed to us by our fathers”. Earlier, President General of the UPU, Olorogun Moses Taiga, said:  “90 years is only ten years short of a century and I dare say that this moment calls for celebration. What is more telling is that the UPU is Nigeria’s, if not Africa’s, oldest surviving socio-cultural organization.

“The UPU has survived despite great odds. The survival of the UPU is a reflection of the grit and staying power of the Urhobo spirit. Despite all odds, we have carved a place for ourselves in the world.

“There is no continent of the world where the UPU is not found. We now have over one hundred branches in Nigeria, Africa and beyond. Despite all odds, we can look back and count our blessings. We truly have so much to crow about at ninety.”