Skip to content
BY Promise Erukakpomre/Ughelli
Ughelli South football team has won the Ughelli zonal football tournament organized by the Neo- Black Movement of Africa (NBM), Ughelli zone.
The final which was played between Ughelli North and Ughelli South at Afiesere Secondary school, in Ughelli North local government area of Delta state saw Ughelli South football team defeating their opponent in a penalty shoot out after both teams failed to score during regular time.
The tournament amongst others was to reiterate that the NBM which is a Pan-Africanist and social-cultural non governmental organisation is a peaceful organization.
Speaking while presenting the trophy and cash donation to the winners,  chairman of the tournament,Senior Special Assistant to the state governor on Youth Development, Olorogun Dr. Uteme Bateren said,  “We are law-abiding and contributing our quota to humanity’ development and progress.
“We will continue to engage and align with security agencies globally to ensure that criminals are brought to book as our motto remains “Social Justice & Equality For All.”
“This competition is to bring unity and  peace to the grassroots through football and today is a very remarkable day in Ughelli North and it’s environs because all organisation have agreed to live together.
Olorogun Dr. Bateren who is the chairman of ‘Like Minds’ in Ughelli and chairman of the tournament said, as you can see, members of other groups are here and that is to tell the level of seriousness and how far we have gone to ensure that peace reign in our communities.
“A memorandum of peace have been signed in Ughelli and environs and if any one is caught bridging the peace accord, such persons would be handed to security agents for further actions”.
On his part, the organizing chairman of the tournament, Mr Oghenevo Michael disclosed that the NBM of Africa, Ughelli zone decided to organize event to bring in other clubs and confraternity together for the purpose of peace.
“We must see ourselves as one irrespective of whatever clubs and organizations we belonged and promote peace in Ughelli zone”. 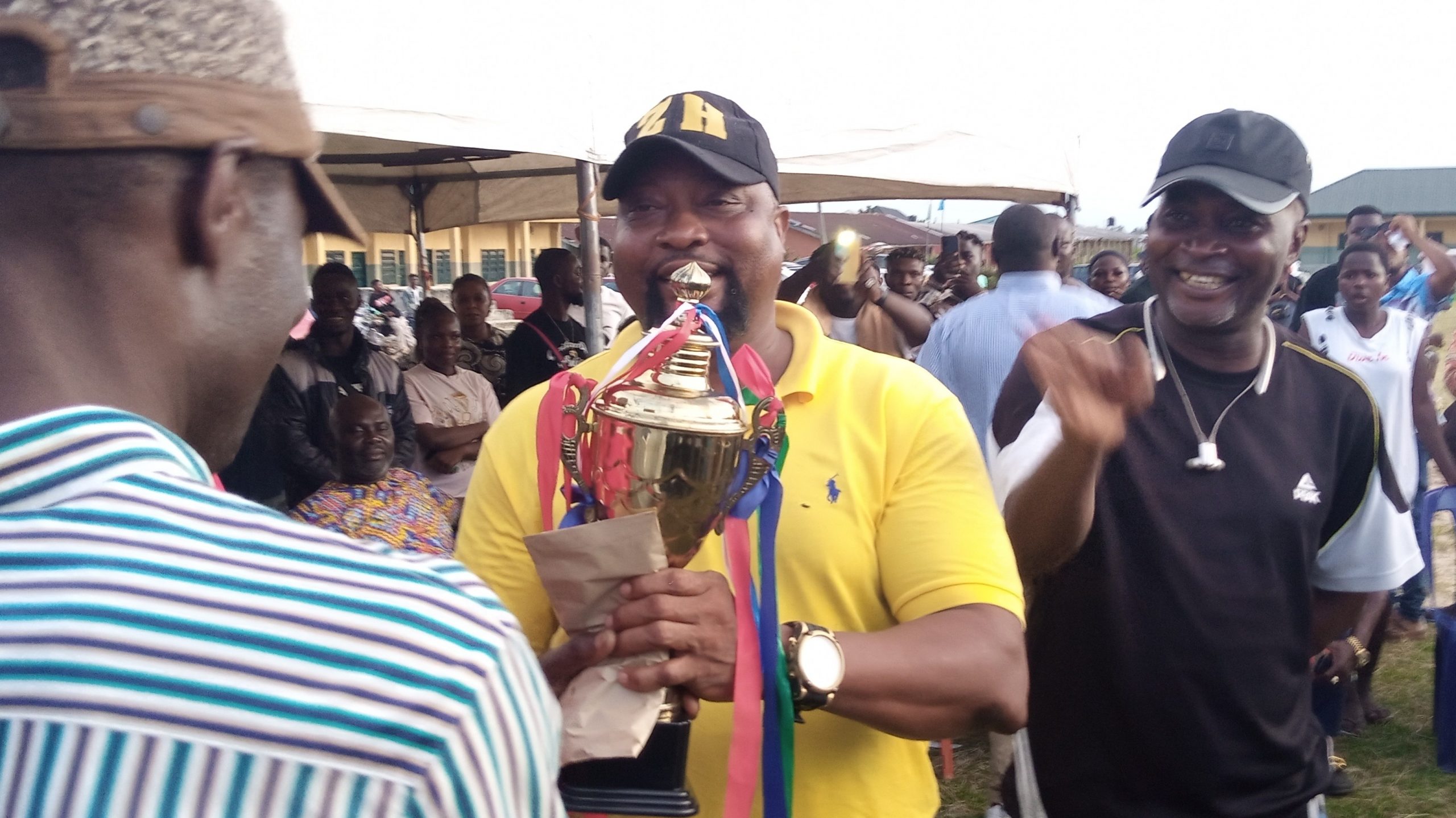 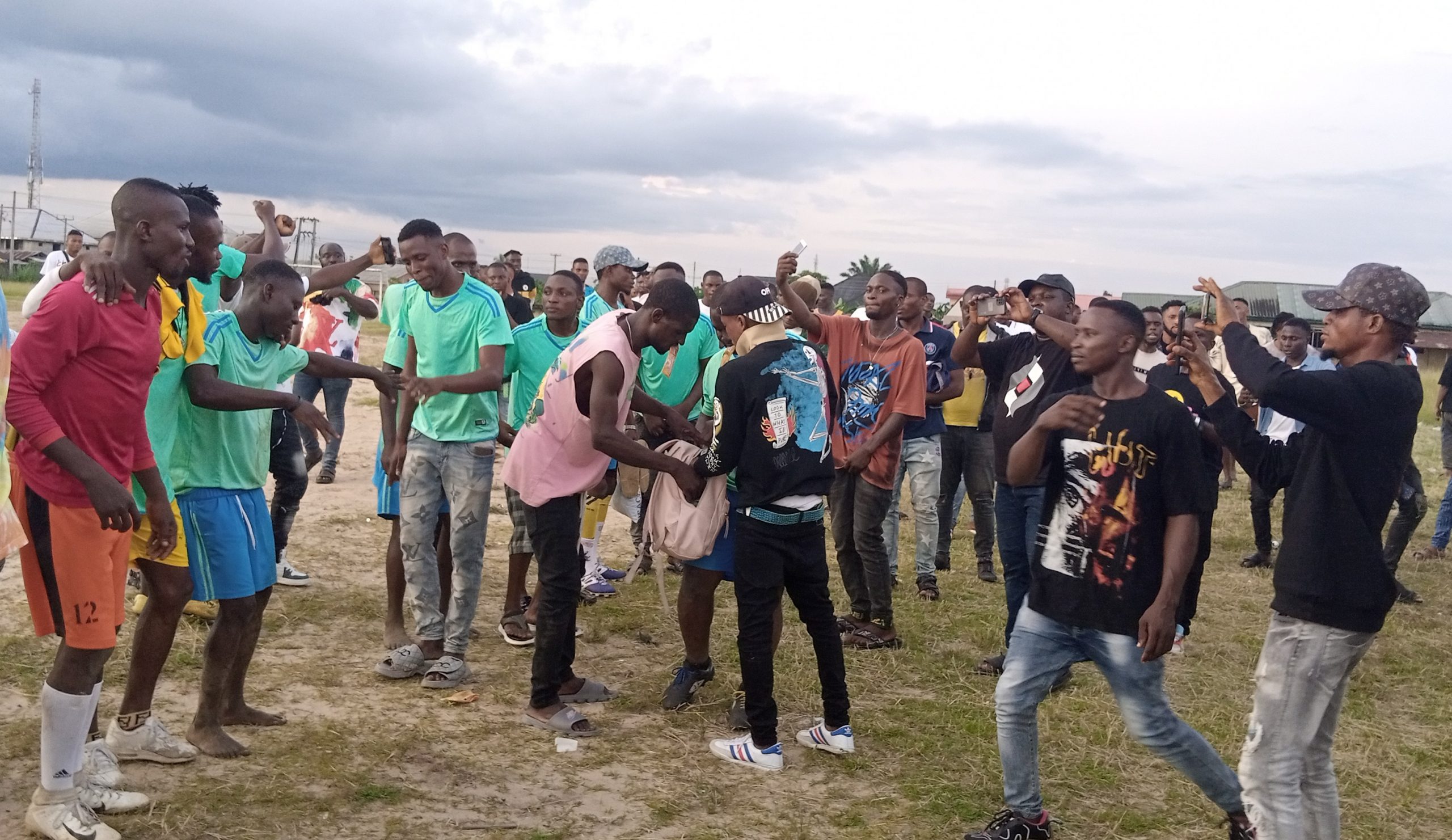 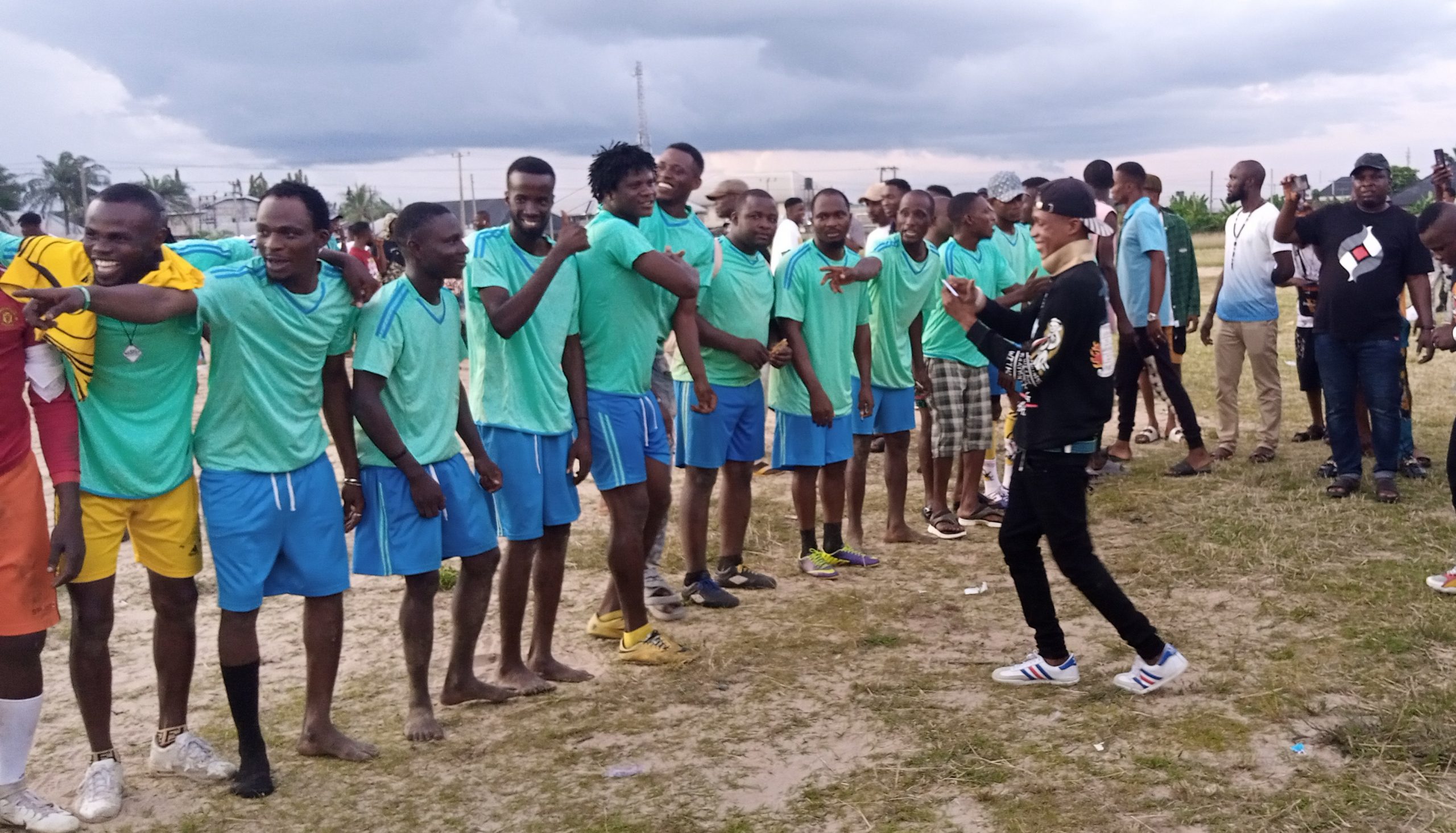 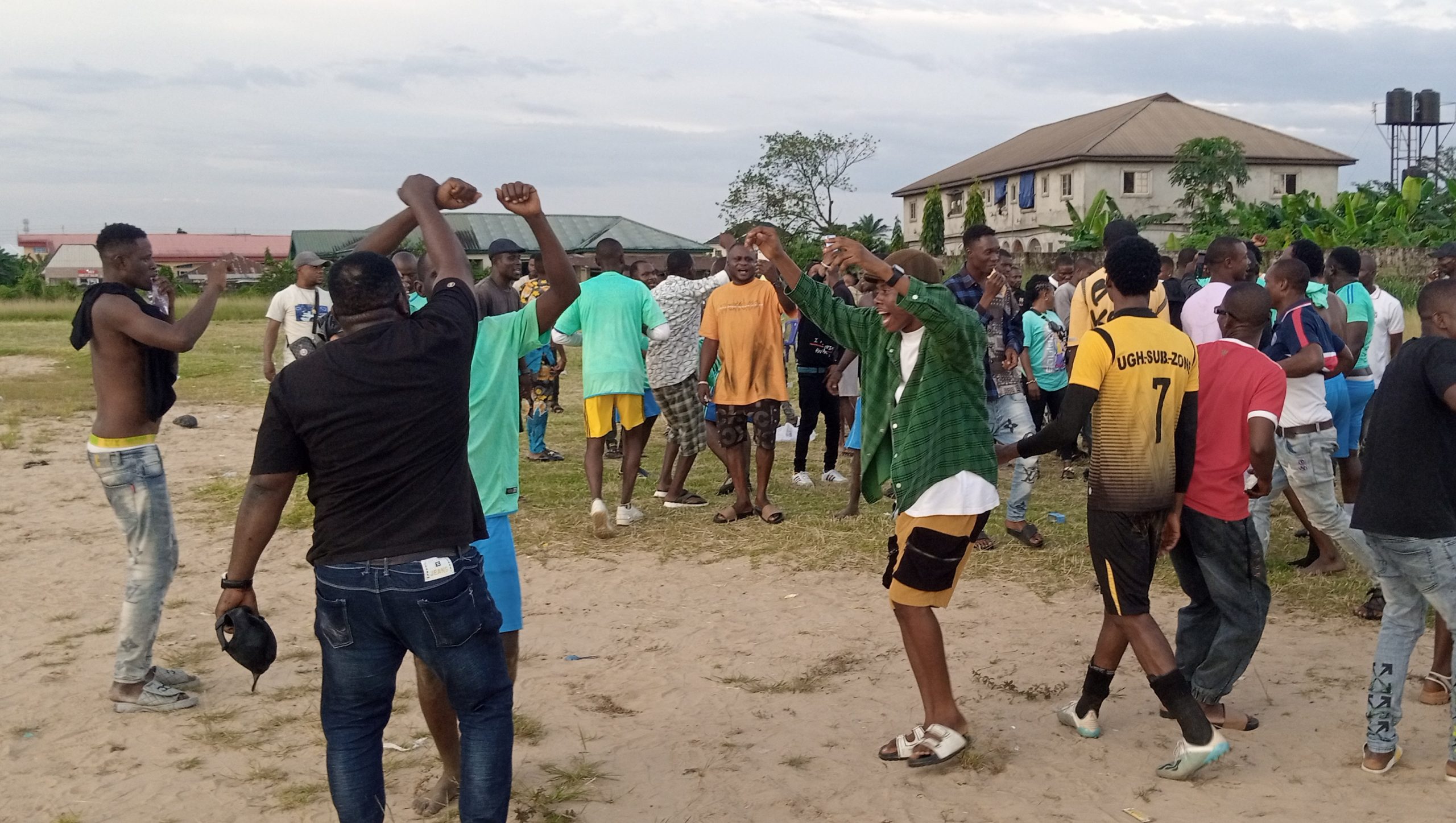 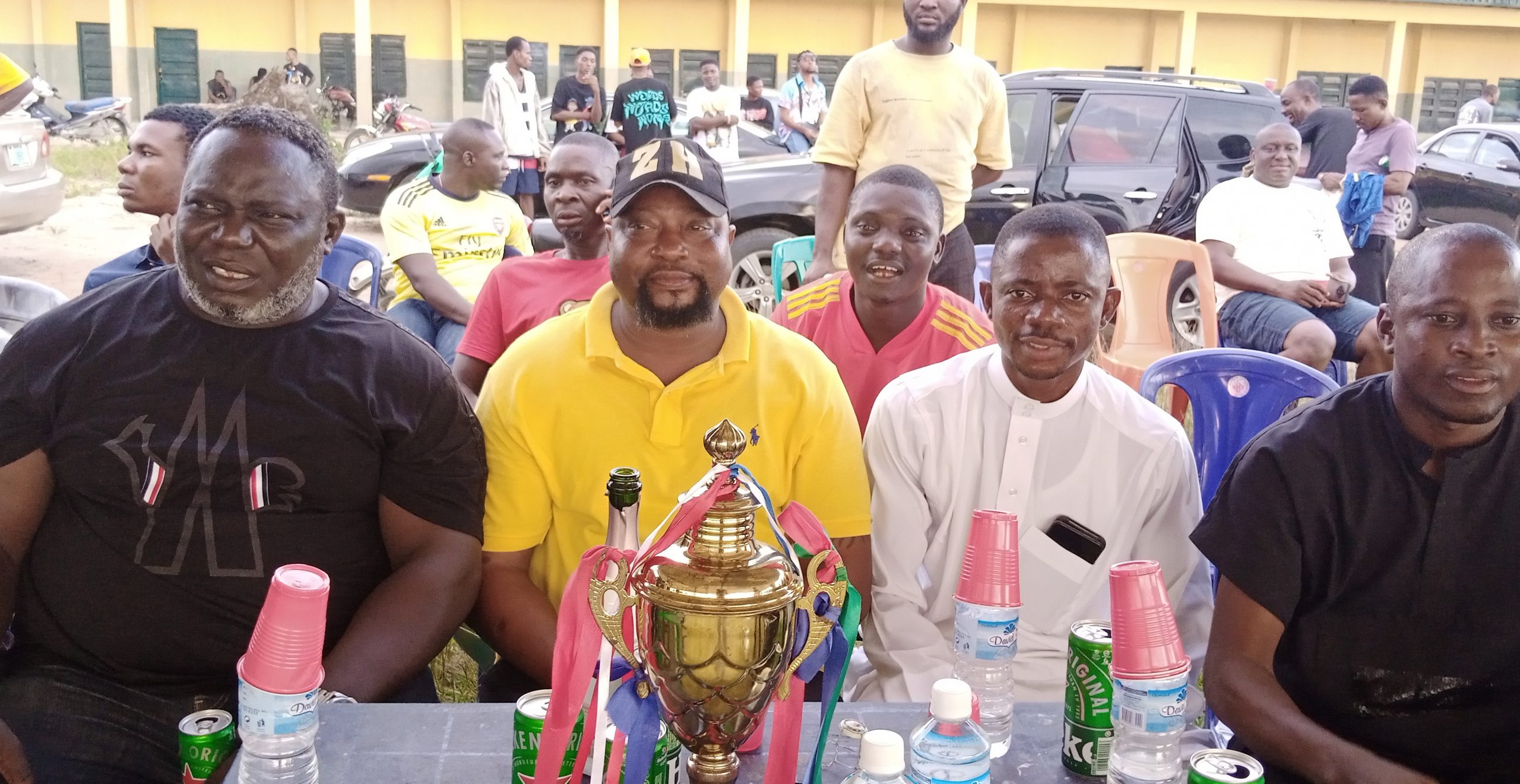