And, if you were thinking who would buy such an expensive and bizarre product. Well, there are nine takers already. 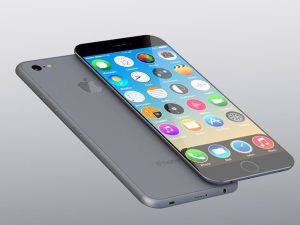 While iPhone 7 already carries a very high price tag, how about an iPhone 7 built using solid gold and diamonds? To add to the dismay, how about Donald Trump’s face encrusted on it? A delight for Trump’s fan and distasteful for his haters, such a phone really exists. It is built by none other than Goldgenie, who is known to dip iPhones in gold and deck them up with precious stones.

Priced at an obnoxious $150,000 that amounts to roughly over  Rs 1 crore, the gold Trump iPhone 7 is now selling at a store in Sharjah, a city near Dubai, obviously a store that is frequented by super rich people. According to CNNMoney, it was a Chinese woman who asked Goldgenie to build an iPhone with Trump’s face on it as she wanted to gift it to the US President-elect as he takes the oath.

And, if you were thinking who would buy such an expensive and bizarre product. Well, there are nine takers already. Talking about the smartphone or rather ‘piece of art’ in question, Goldgenie’s artisans took more than 180 hours to create it, reports Emirates 24/7. The gold iPhone 7 comes studded with over 450 VS1 white diamonds in the Apple logo.

We wonder what Tim Cook would have to say about the Trump iPhone 7, especially after considering how Trump wanted to ban Apple products post the encryption battle with FBI.