The Okobaro of Jeremi (Ughievwen) kingdom, HRM (Dr.) Matthew Ediri Egbi, Owahwa II, AMNSE, FoD has revealed that the President of Nigeria to come from his kingdom during his reign or in the near future.

The monarch made this comment on the occasion of his day one of his 10th year coronation anniversary at Ughievwen ultra modern palace in Ughelli South local government area of Delta State.
According to the monarch, “We are kick starting this 10th year coronation anniversary with just praises and worship to God for keeping our kingdom together because many never wished the kingdom to be in unity.
“Firstly I want to appreciate God for standing by me and this kingdom for the past 10 years of my reign and he blessed Ughievwen with many anointed clergymen that stood firm in their prayers for the progress of the kingdom. 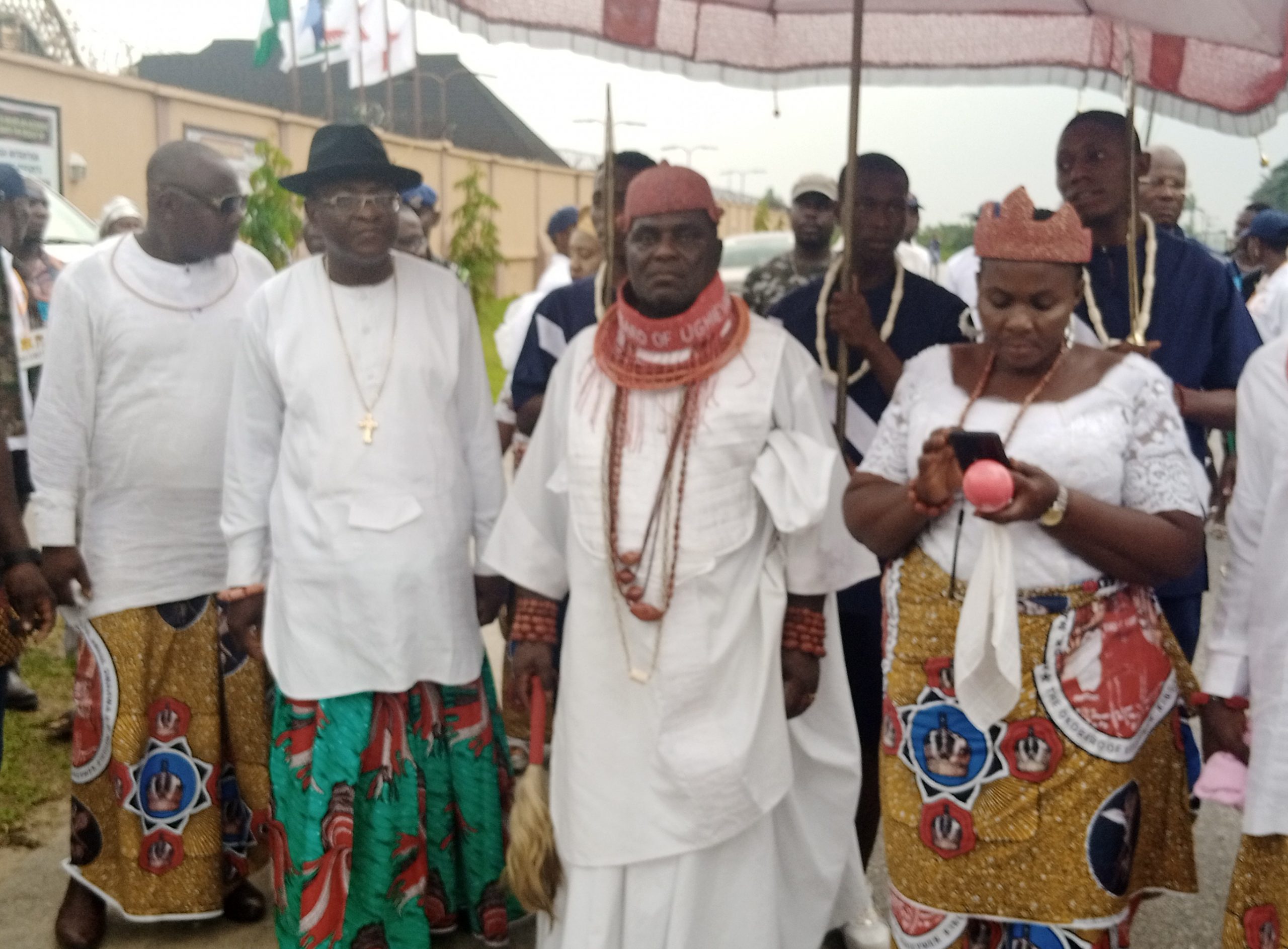 In my reign, the president of Nigeria must come from Ughievwen even if it tarry and in agreement with the entire Kingdom it must surely come to pass because it is stated in the Bible that the expectations of the righteous will not be cut off.
“This is the time to pursue, retake and recover. For eleven years, God has established my leadership as the King of Ughievwen and by the grace of God, this kingdom must produce the president of the nation and it must come to pass”.
“The Senate President, Speaker of the House of Representatives are from communities and kingdoms like our Ughievwen Kingdom and they are not much better than we do and we can achieve this if we shun rancour to preach peace, love and unity”.
Post Views: 110