Skip to content
By Uruemu Favour
The Isoko National Youth Council, INYC, has issued a three days ultimatum to president Muhammadu Buhari and minister of the Niger Delta Affairs, Sen Godswill Akpabio to inaugurate the substantive board of the commission or risked the shutting down of oil exploration in Isoko nation.
The youths who barricaded the Umeh axis of the East/West road in Isoko South and partly Ughelli North local government areas of Delta state expressed dismay over the continued silence of the Mr President towards the board inauguration which has caused tongues wagging.
Displaying placards with inscriptions such, “President Buhari Inaugurate NDDC  Board,  NDDC is for South South Region and Not for Akpabio, ‘PMB listen to the Voice of the Youths’, ‘Listen to South South Governors’ Mr. Buhari your silence toward NDDC is suspicious’ amongst other, the youth held that the oil flow in Isoko nation will be stopped if Mr President refused to inaugurate the substantive board of the commission. 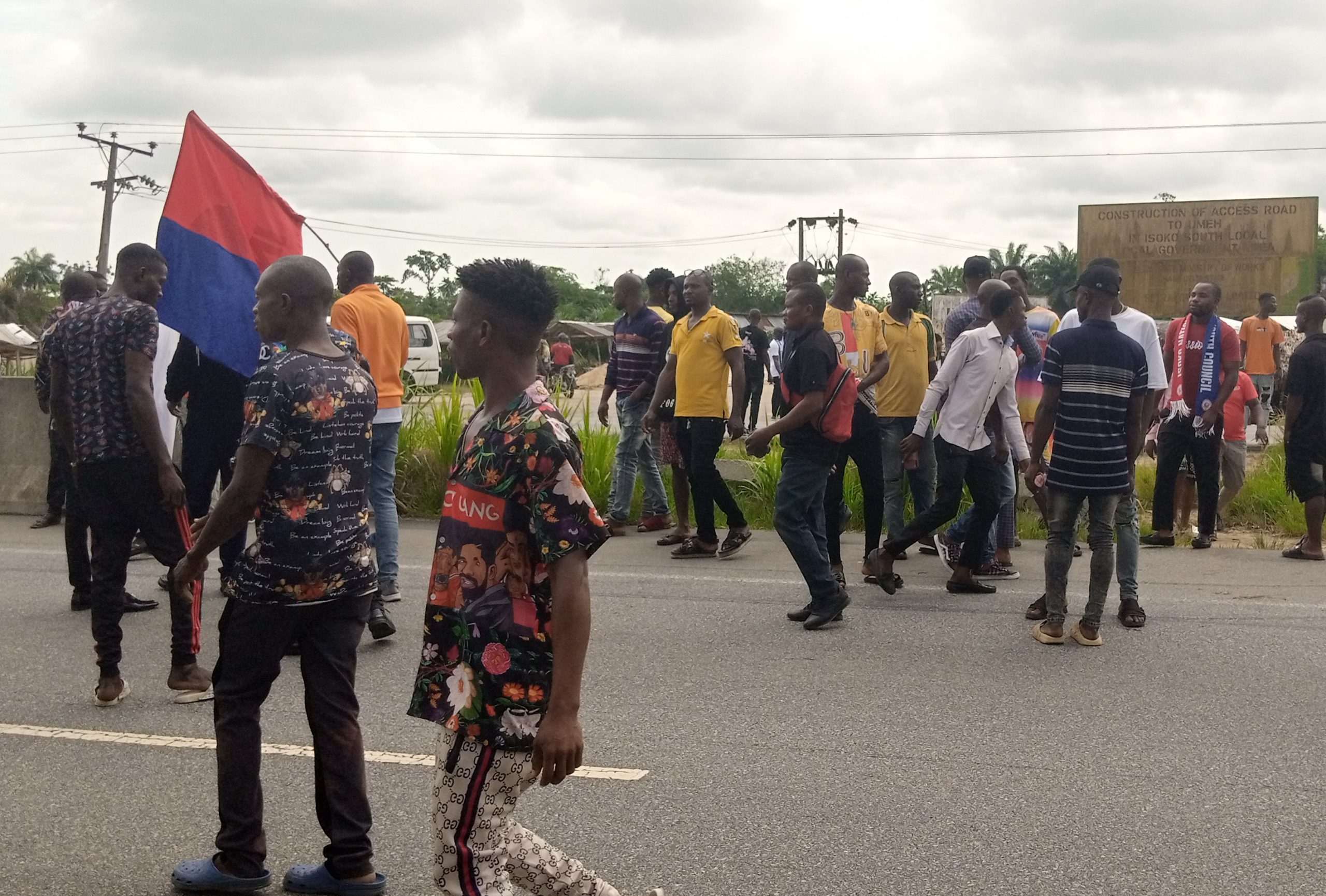 Addressing newsmen, INYC  president, Comr Matthew Edugbo said, “We don’t know what is wrong why president Muhammadu Buhari has refused to implement and work with the NDDC Act.
“It seems president Muhammadu Buhari don’t understand any other language than the Isoko language hence we are using our local which I thinks he understands very to issue this three days ultimatum
“We are all aware how other ethnic nationalities, the Ijaws, Itsekiris Urhobo and others have been calling for the inauguration of the board but he is not understanding their languages and haven known that it only Isoko he understands we have come to speak the Isoko for him to know that we are very serious.
“We are tired of the sole -administratorship of the NDDC Board headed by Godswill Akpabio and we are giving him three days ultimatum or else his guards will meet with us in our various village were the oil companies are operating.
“We will not block the roads again, but he will hear from us in our various villages and towns were they have the multinational oil companies as the oil will not flow from Isoko land again.
“The gentility of the Isoko youths should not be taken for stupidity or foolishness as we urged Mr President to do the needful. Niger Delta comprise the nine state and for Akpabio only”.
Also speaking the, Amb. Lawrence Owhe said, “We are not feeling any impact of the board since Sen Akpabio was anointed as the sole Administrator of the NDDC.
“We are not against the forensic audit of the board but Mr President should understand that the Inauguration of the NDDC board cut across the nine states of the region and not for specific race or individual alone.
On his part, an Associate Prof of Law, Dr. Sylvanus Abila lamented the continued delay and silence of President Muhammadu Buhari and the National Assembly towards the board inauguration.
According to him, “The Isoko Nation produces nearly 90 percent of what the NDDC is operating on today and it will interest you that even the act of the board does not make provisions for a sole administrator but that act has been dumped by the power that be.
“This is about the time the people and the Minister of Niger Delta Affairs to give way for a proper inauguration of the substantive board that is made up of the representative from the nine states.
“We have dealt with the issues of youth restiveness for years and now that we are enjoying peace in the region, I don’t know who is going to benefit from what they are exhibiting today. President should do the needful now that things has not gone the other way round because it is not a one man’s room.
“I am urging Mr. President to do the needful and ensure that the substantive board according to the NDDC act is put in place, it will not take him a second to do that unless he wants more agitations”.
Post Views: 209