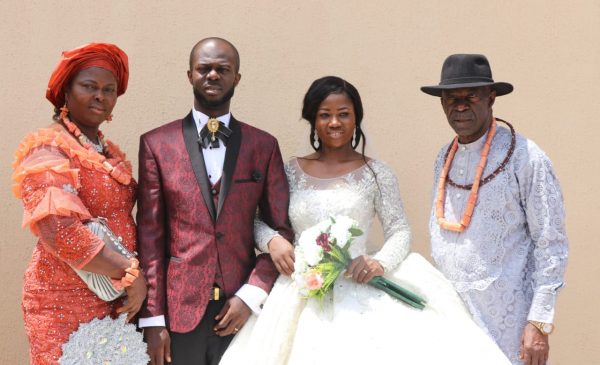 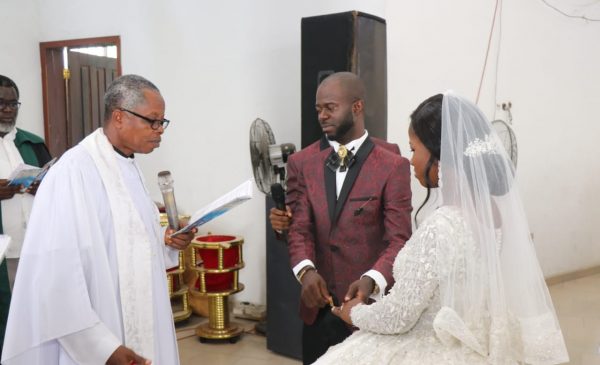 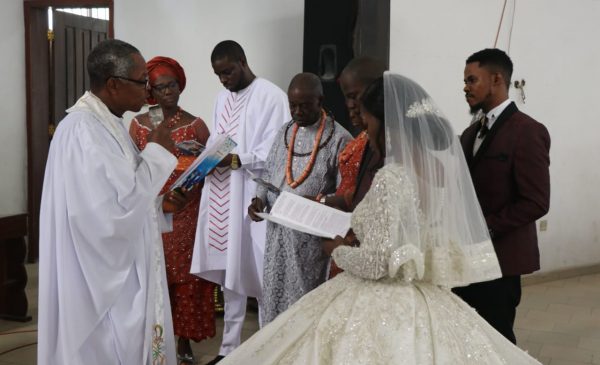 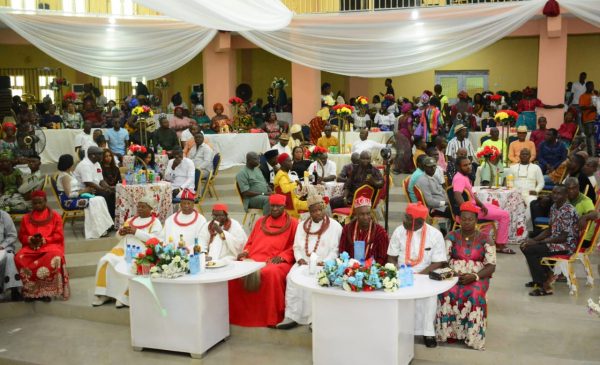 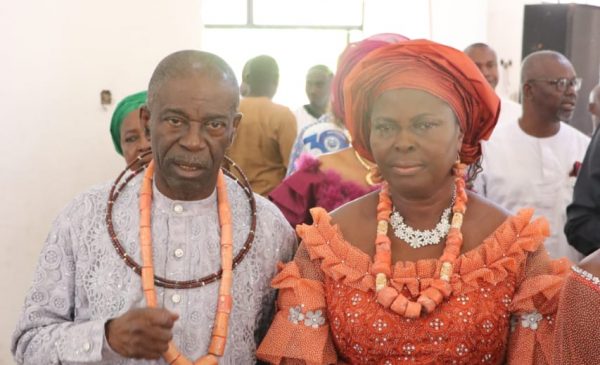 The monarchs stated that, Amadhe is a pragmatic leader who was behind the advancement of Isoko Development Union, just as they prayed for the couple to be successful in marriage.

They urged the couple to be patient, tolerant and cherish their marriage and prayed God to provide their heart desire for a happy marriage.

Earlier, at the solemnization of holy matrimony between Divine – Victory and Kingsley, held at All Saints Anglican Church Oleh, the officiating priest, Ven. E. O. Okorafor, charged the couple to love themselves as their coming together was divine arrangement of God.

He noted that the couple is now one flesh as marriage is instituted by God from creation and urged them to be patient in life.