Ahwinawhi scored 80 votes to Talib Tebite who scored 3 votes while Julius Efeni Akpovoka and Eunice Okoh pulled one vote respectively in an election that was conducted at the Ughelli township stadium in Ughelli North Local Government Area of Delta state.

It could be recalled that the Primary election was on May 22 held where Talib Tebite pulled 34 votes to beat his other contestants, Solomon Ahwinawhi 30, Samuel Mariere, 26, Julius Akpovoka Efeni, and Akpodiete. 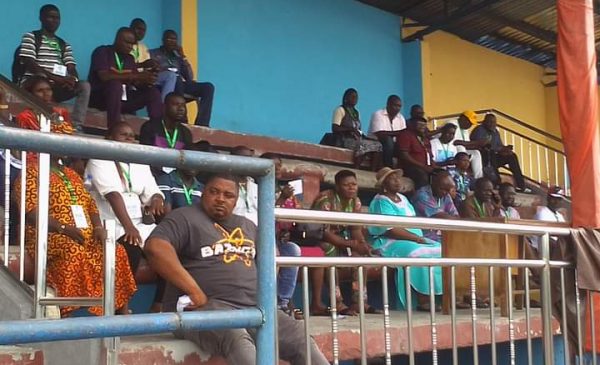 Though the reasons for the rerun of the primary could not be ascertained as at the time of this report, as the Returning Officer, Prof Collins Okafor refered journalists to higher authority of the party

Declaring Ahwinawhi winner, Prof Collins Okafor who represented the national chairman of the panel said, “I have the privileged to announce this results, the total number of delegates for the are, 99, while 87 were accredited to vote.

Reacting after declaring him the winner, Ahwinawhi said, “I want to thanked those who stepped down for me and for the benefit of the party, saying, it is not that they are not credible but they want the party to forged ahead.

He said, “I have not won any primaries and lost general election and as a former two term member of the house, i will not let my people down”.

In a related development, one of the aspirants, Samuel Mariere withdrew from the race after he crashed out of the race.