A yet to be identified family of seven have been rush to an unknown hospital as their vehicle rammed into 33Kva BEDC pole in Delta state.

Sources disclosed that the SUV vehicle on Friday rammed into the 33KVA pole destroying a mini transformer along the Ughelli axis of the East-West road in Ughelli north local government area.

“The driver of the vehicle was attempting to dodge a pothole along the express before he lost control and rammed into a 33KVA BEDC Pole, destroying a mini transformer and the fence of Don Rose Event Center.

“They were probably returning from a ceremony before the unfortunate incident occurred and this is not the first time this type of incident is happening on that same spot.” The source at the scene revealed. 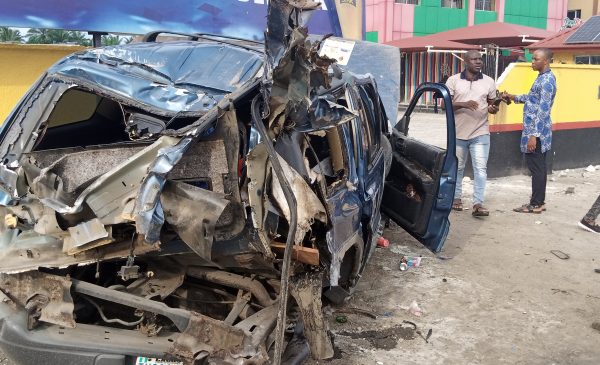 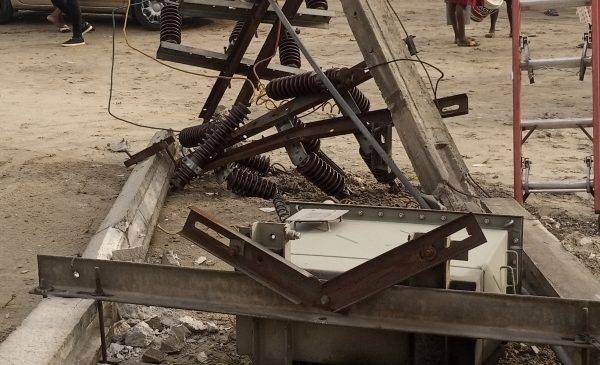 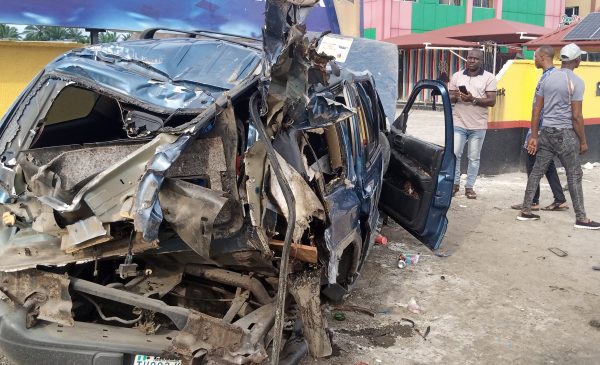 Effort to speak with the Benin Electricity Distribution Company, BEDC, Spokesperson, Helen Ogagarue to ascertained the level of damage was not successful.

As the time of this report, BEDC officials were at the scene with Police Officers from Ughelli Area Command.

In a related development, two suspected motorcyclist lost their live when a school conveying students rammed into Otovwodo market killing them after it had break failure.

Watch the video below:

The driver of the school bus in attempt to avoid much disaster maneuvered his way before the unfortunate death.