Skip to content
Prince Bernard Ivumevmerhaye Awarieta has been crowned as the Ovie of Ewu-Urhobo kingdom by Ahavwa kingmakers in Ughelli South local government area of Delta state after a rigorous selection process.
The crowning of Awarieta was done by the Osuivie of Ahavwa Kingmakers, Olorogun Michael Ohwofaria JP at about 1:05 pm on Sunday at Ahavwa hall in Ewu-Urhobo.
The Ahavwa kingmakers of Ewu-Urhobo kingdom has warned those parading themselves as Ovie-elect to desist from the illegality or be ready to face the wrath of the gods.
Addressing newsmen after the crowning of HRM Bernard Awarieta, Olorogun Ohwofaria said, “The process we are undergoing now started since 2018 when our royal father joined his forefathers and the three years interregnum given for the regent to rule expired on April 18, 2021.
According to him, “The process to elect a new king started on April 20, and the result of that process to elect a new king is what we are witnessing today and Ahavwa the kingmakers of Ewu kingdom has been able to select, appoint and confirm a king in the person of, HRM, Bernard Ivumevmerhaye Awarieta for Ewu Kingdom.
“Eight persons picked up the Ahavwa kingmakers form and from there we collated their data and score them, after which we invited them for oral interview on May 28, 2021, and the incumbent Ovie was the one who emerged.
“He scored 85 percent, followed by Charles Ziregbe 75 percent and Clement Ikolo and he is the one we are crowning today as the Ovie of Ewu kingdom and you can see what we are doing today is generally accepted by the entire Ewu kingdom.
Speaking further on Chief Macaulay Ohwodje, Ohwofaria said, “Yes he was a contestant but he did not picked the Ahavwa kingmakers form and his family/ Ekade ruling house did not submit his name to the kingmakers. 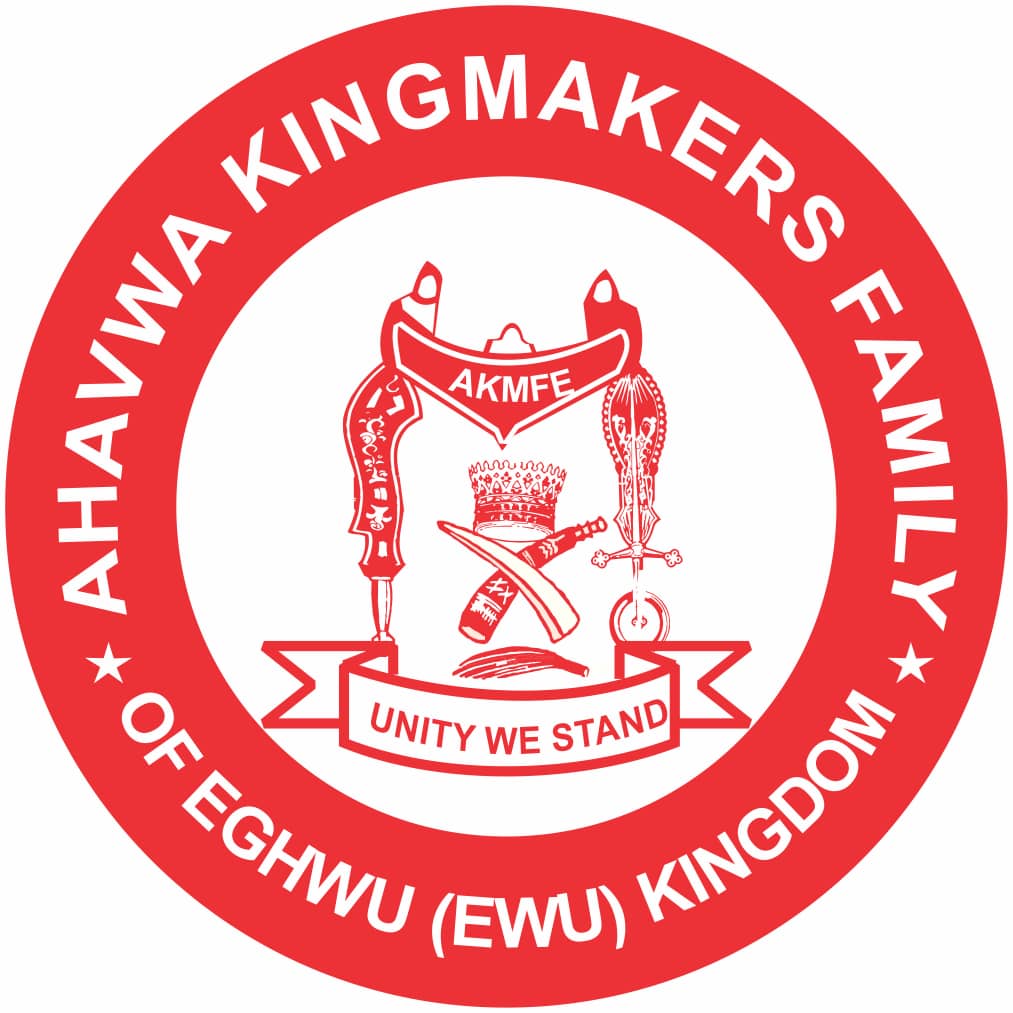 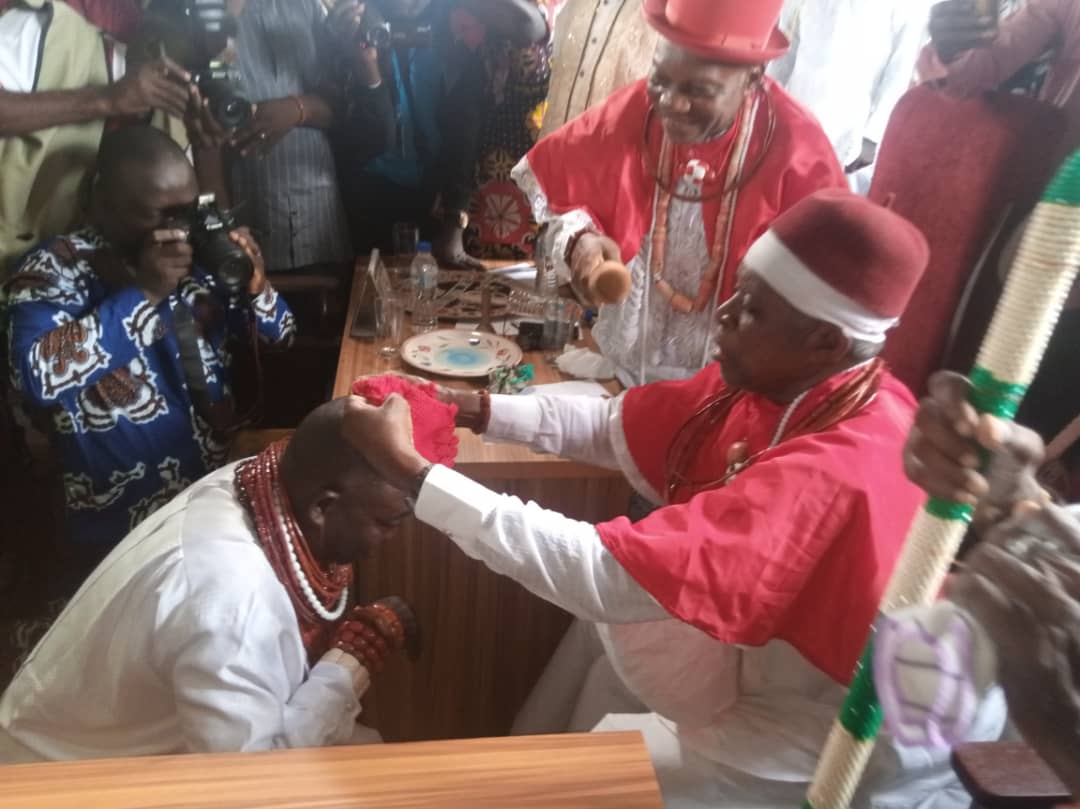 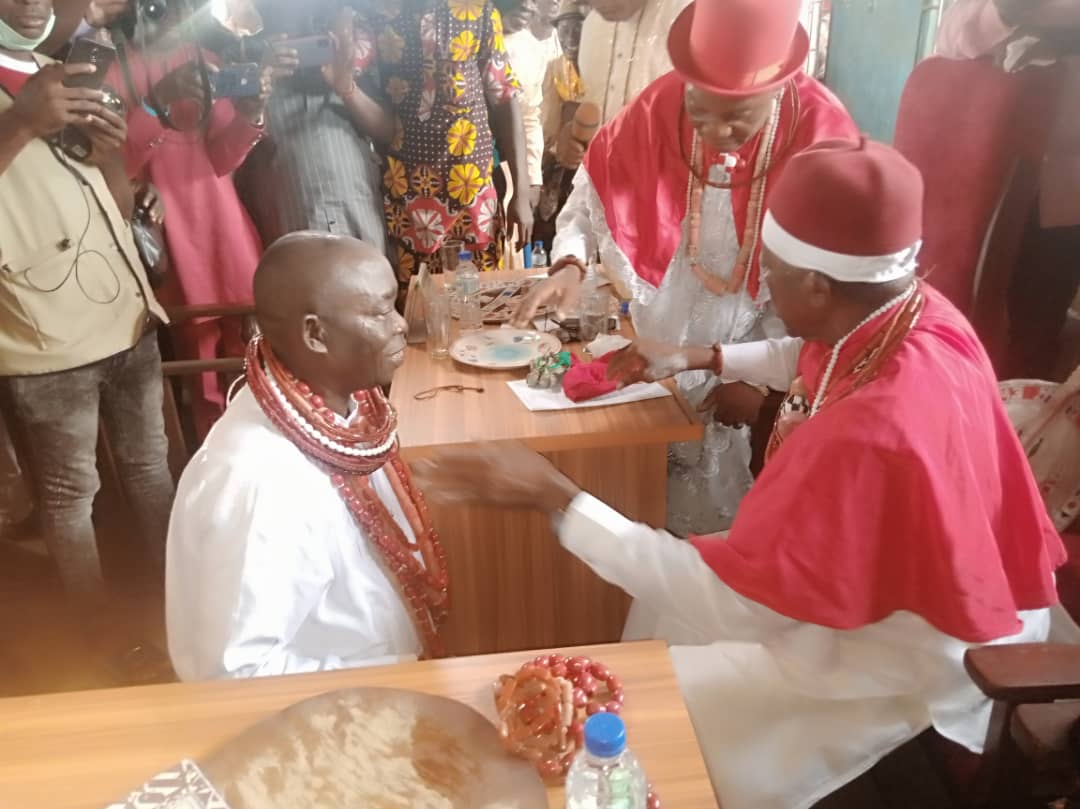 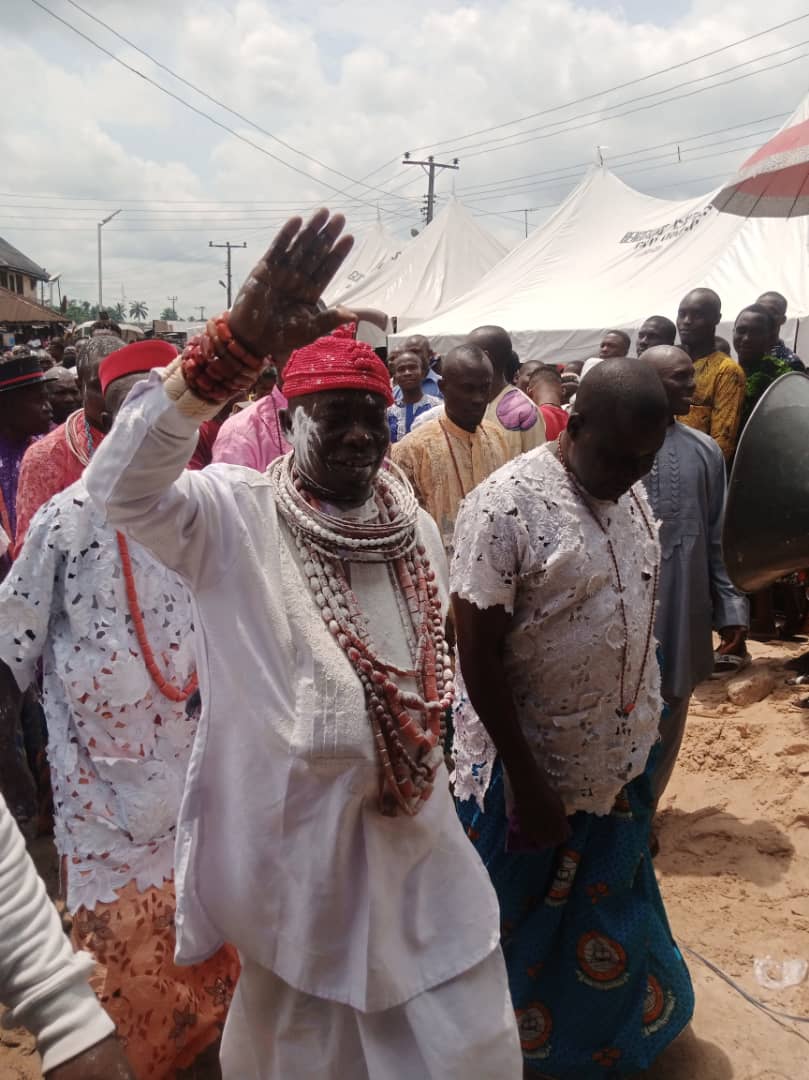 “When we wrote the family to submit their nominees for screening, he did not come to collect the form before April, 20, 2021 the closing date. So he did not register with Ahavwa kingmakers of Ewu kingdom as one of the contestants and we closed him out of the race and Ekade did not bring his name to us too.
“Any person parading himself as king is doing that on illegality and Ahavwa kingmakers of Ewu kingdom will not condone it”.
In his remarks, the Ovie of Ewu Kingdom, HRM Bernard Ivumevmerhaye Awarieta held that Ewu is about to experience a new dawn as his reign will usher in development.
“Ewu Kingdom is dear to my heart, and I am calling on all sons and daughters to come back to invest, develop and make it great again, this is no time for bloodshed but one for peace, love and development”.
Post Views: 338