Skip to content
By Ufuoma Steven Atare
One wonders why the Niger Delta is so impoverished looking at the rich, raw, natural reserves around us and the number of years foreign multinationals have spent in Nigeria especially in the region.
It takes visionary leadership to envisage the future and plan for it; we cannot continue to rely on fossil oil revenue from Abuja to run our affairs, with the envisaged drastic reduction in the role of crude oil in the global economy in the nearest future, there is no better time to look inward than now.
To illustrate how practical and sustainable development can be achieved in our beloved Niger Delta region for the betterment of her inhabitants and Nigeria in general we present to you the Burutu Port Project.
Burutu represents a vast member of various communities in Niger Delta and beyond with diverse natural and human resources that can radically and positively transform the lives of the people from their current state of poverty and underdevelopment to becoming an epic centre of development.
These communities have the potential of attracting massive development comparable to any major developed economies in the world. The huge resources in these communities when properly harnessed can turn the region to becoming the economic and developmental hub of the country and the black race in general.
CASE OF THE BURUTU PORT
Burutu is an ancient town that lies along the River Forcados. It was the home of the first modern Port in the whole of Africa as well as the base of Nigerian commerce via the Royal Niger Company (which later became the United African Company (UAC)).
It is worthy to note that Burutu was the base of Commerce that helped Nigeria attains great prosperity and respect in the comity of Nations. The famous groundnut pyramids and tons of agricultural produce exported from Nigeria from 1889 to the 1950’s were all exported through the Burutu Port, while the goods imported from United Kingdom (UK) /Europe to Nigeria within that period were all brought in through the Port. 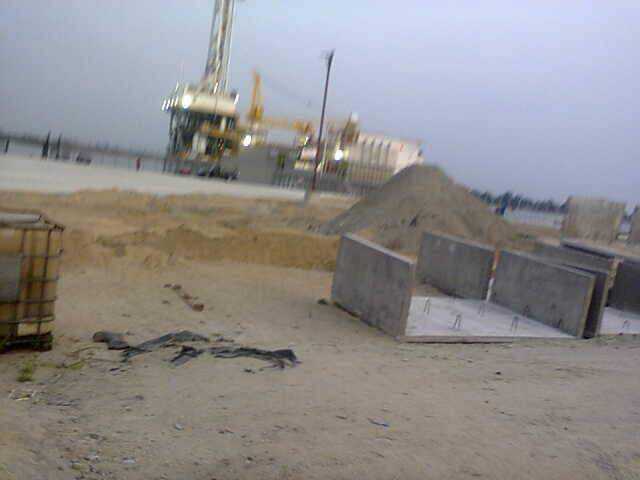 Hence Burutu was the consolidation port for both Import and Export recognized by the colonial masters and this port synchronized with the inland ports of Baro, Lokoja, Makurdi and even Garrua (in Cameroon) through the Rivers Niger/Benue to move these cargoes (Agricultural Produce and Solid Minerals) as well as imported finished goods through the length and breadth of Nigeria without road and/or rail.
Despite the success and contribution of the Burutu Port to the development of Nigeria, the port was abandoned by the then management of the Nigerian Ports Authority (NPA), The NPA handed the Burutu Port over to Central Waters Development Company in 1986 and took it over again in 1991 following the failure of Central Waters.
This unfortunate mismanagement of the Burutu Port led to the death of the booming activities in Burutu and environs as all forms of marine transport and its associated benefits were completely stiffened.
The erroneous excuse was that Burutu was an Island without road, even when the Port is located at the base of the River Niger estuaries.
However, with coming of President Olusegun Obasanjo as the President and Commander in Chief of Nigerian Armed Forces and the privatization program of his administration, Akewa Global Services Limited (AGSL) bought over the assets of the port properties in 2006 through the Federal Government Committee on privatization and disposal of NPA core assets by the Bureau of Public Enterprise.
The purchase of this Asset by Akewa Global Services Limited (which later formed an SPV with Colmar Marine Nigeria Limited became known as AKEWA COLMAR TERMINAL LIMITED for the operation of the port) a new life and activity is being injected into this moribund but strategic port of Burutu.
AKEWA COLMAR TERMINAL LIMITED (ACTL) has been able to attract numerous local and foreign Chambers of Industries, the renewed interest of these parties shows the glory embedded in the land of Burutu, We wish to make this region shine again by enhancing on what the colonial masters saw and did in their own time.
As a project with such a huge dimension will greatly assist in rebuilding the degrading economies of these communities, AKEWA COLMAR TERMINAL LIMITED (ACTL) recently signed a Memorandum of Understanding (MOU) with the Delta State government.
We intend to use this port to synchronize business activities between the North, East and South and restore Nigeria to its glorious path of prosperity.
The Burutu Port Project on full take off will provide employment for over 1million Nigerian youths thereby resolving the unacceptable rate of unemployment causing restiveness in the region.
This will create wealth and prosperity to all communities from the North, East and South along the Rivers Niger and Benue as well as reduce the rate of criminality usually associated with the South East and South-South regions.
The Burutu Port Project will help Nigeria improve on its revenue drive (especially on non-oil export) as well as help improve on her current trade connectivity index in Africa.
The full development and restoration of the Burutu Port will reduce traffic in Lagos and ease transportation of bulk cargo to the Eastern and Northern parts of the country and as well transform the Niger Delta to become the hub of commerce in the whole of Africa.
The Burutu Port Project will offer a lasting solution to the socio- economic difficulties of the Niger Delta Region and to facilitate the rapid and sustainable development of the Niger Delta into a region that is economically prosperous, socially stable, ecologically regenerative and politically peaceful.
The port will also enhance cultural and economic integration of diverse peoples that will live in this area from all over the country and beyond.
With the Burutu port a glorious and prosperous future will be assured as it promises to be a path leading to self reliance and prosperity for the nation.
Post Views: 179