Skip to content
..as Gov Okowa lauds gestures
By Joel Grandball,
DELTA State governor, Dr. Ifeanyi Okowa has lauded the gesture of Ughelli North Local Government Chairman, Hon. Godwin Adode toward his empowerment program and urged leaders in the area to synergies with his program.
Okowa said this on the occasion of the presentation of Starter Packs and certificates to beneficiaries and graduant of ‘Okowa/Adode Empowerment Scheme’ Phase One.
Some of the Items distributed were, 64 Sewing machines, Hair dryers and Washing basins respectively and the presentation of awards and certificates of participation to over 300 persons.
Commissioner for Local Government and Chieftaincy Affairs, Joyce Overah who represented the the governor said,  “This is in line with the Smart Agenda of our amiable governor and I am appealing to all leaders to form synergy with Ughelli North chairman to bring governance to the grass roots.
“What I have seen shows that you are a grassroot chairman and mobilizer of the people in Ughelli North and I will enjoin other leaders to emulate and synergize with you.
Earlier in his speech, Godwin Adode said, “As part of efforts to solve the problem of youth restiveness and to stimulate the economy by making our youths self sufficient, I keyed into the Skill Acquisition Program of our Amiable Governor, Sen Dr. Arthur Okowa by organizing an elaborate skill acquisition program. 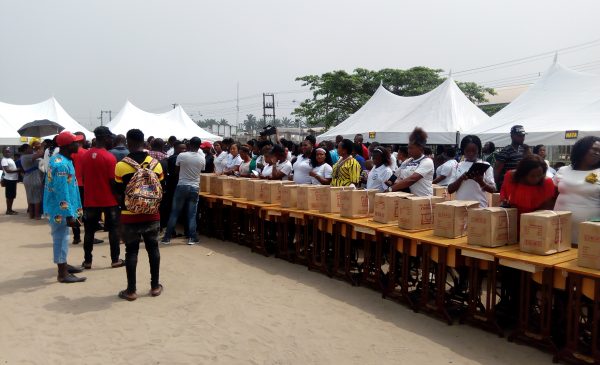 “Appealing to the beneficiaries to make good use of the items given to them,  Hon Adode said,  “Since I assumed office, I have carried out several developmental projects within available resources and this is one of them and I am appealing and advising the beneficiaries of this empowerment program never to sell whatever they have received but should make judicious use of them and become employer of labour.
According to Adode, “About 500, youths both male and female were selected from the various communities in Ughelli North local Government Area to be trained and grilled for over six months on Fashion/ Designing, Hairdressing, Facial Make up amongst others. 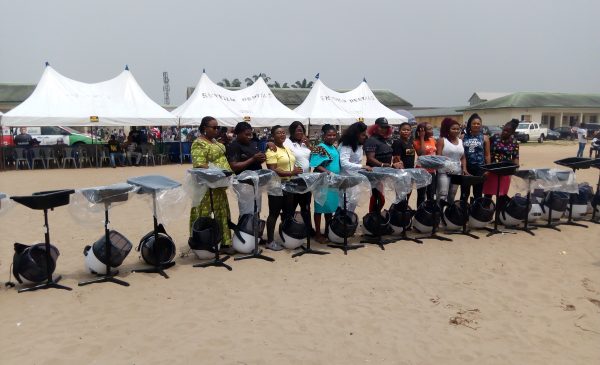 Adode appealed to the state and federal government, Cooperate bodies and we’ll meaning indigenes of the Ughelli North to key into the laudable program by supporting him to sustain it.
Post Views: 78