Receiving Olorogun Gegere and his teeming supporters to the fold during the weekend, Hon. Engr. Elvis Ayomanor, Deputy Chairman, APC Delta State, stated that the party is ready to take on People’s Democratic Party PDP in the state. “Our resolve to take over the state is firm, we are growing in strength, we are tough but very strong now, we are ready and by the grace of God we are going to take on PDP in the state. We are resolute about our decision.

“We are happy and excited that the Deputy Governorship Candidate of the ADC is joining our party. I am the Deputy Chairman and I count it a great priviledge to receive him. I know him, he is a tough man, I advise him to be steadfast and remain strong because we need tough men like him. APC is a party of equal right and opportunity and together we will get to our destination.” 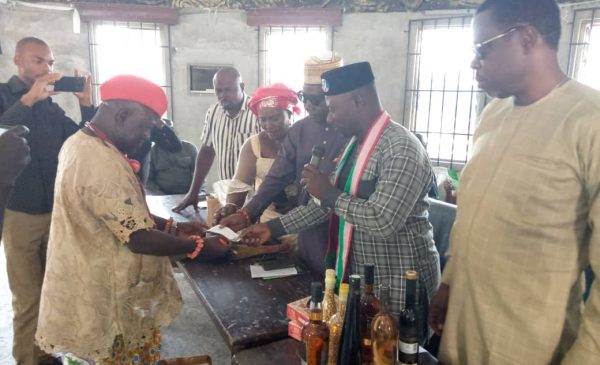 Olorogun Barr. Adelabu Bodor APC Delta Central Chairman said that the defection of Olorogun Emmanuel Obakore Gegere to the party will take the party to a higher ground. “Today is a day of joy for APC because we have made a very huge harvest. ADC is the third party in strength in this country and for us to have taken into our fold the former deputy gubernatorial candidate of ADC it is a wonderful happening.

“When a party harvests a big fish from another party it is a day of joy and when we read through his resume we saw that he is grounded, has loads of experience that will bring to bear on our party and that will take the party to a higher ground. I encourage him to show commitment, loyalty and dedication to the party, the party’s progress should be uppermost. APC Ughelli North will be charting a new course of progress as I see you deliver your ward, unit, Local Government Area and the State come 2023.”

On his part Hon. Onoabedje Obakpororo APC Ughelli North Chairman thanked Olorogun Emmanuel Obakore Gegere for identifying the real party to defect to. “We are one, open door policy is operated in APC and today by identifying the real party to pitch tent with we have just witnessed the formal destruction of ADC as a party in Ughelli North. We thank God for having a man of this caliber in our fold and I assure you that we will work together to build the party so that by 2023 we can deliver. We are not afraid of anyone nor do the big names being thrown around we dare anyone.” 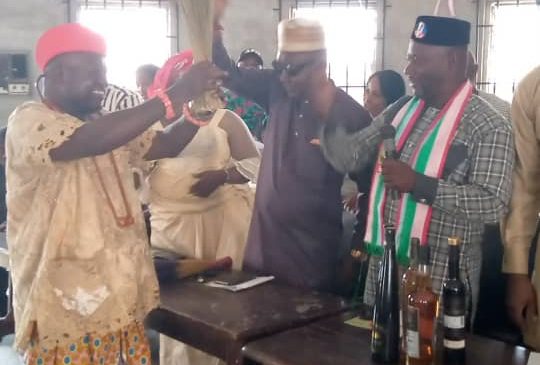 Comr. (Mrs.), Christy Happy Igho, Senior Legislative Aide to the Deputy Senate President and the All Progressive Movement (APM) National President welcomed Olorogun Emmanuel Gegere (JP) to APC officially. “The group is happy to receive the political big wing and heavyweight to our great party. We have been working on the modalities for over 4 months now for him to join the Party and today our dream is fulfilled. Meanwhile, Olorogun Emmanuel Gegere (JP) has been a member of All Progressive Movement for over four months now.” 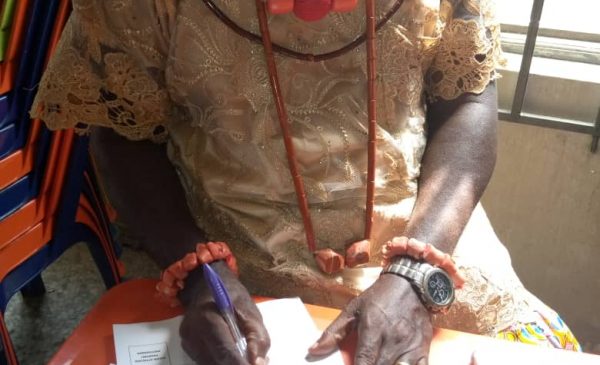 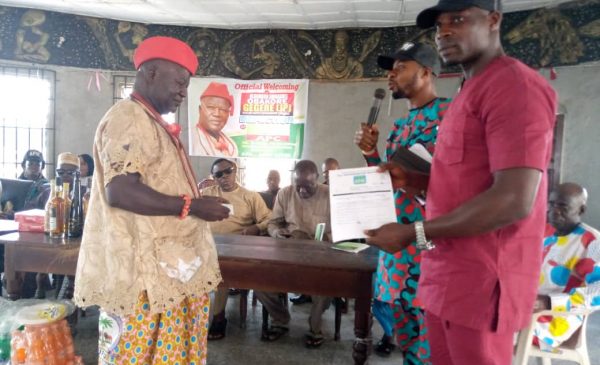