The bold step taken by Isoko born foremost Economist and consummate politician, Sir Ayodele Oghogho Othihiwa to aspire for the Delta South Senatorial seat at the National Assembly come 2023 should be applauded by all well meaning Isoko sons and daughters who have been clamouring for a power shift. It is a fact that the road to human and community development requires having a thorough and resolute mind and Sir Ayodele Othihiwa possesses the character, sagacity, will, vast network, experience and drive to run for the senatorial office. In this regard, Sir Othihiwa has kick-started consultation in earnest with a view to driving to the coast of reality his ambition of becoming the senator representing Delta South Senatorial District on the platform of the People’s Democratic Party. 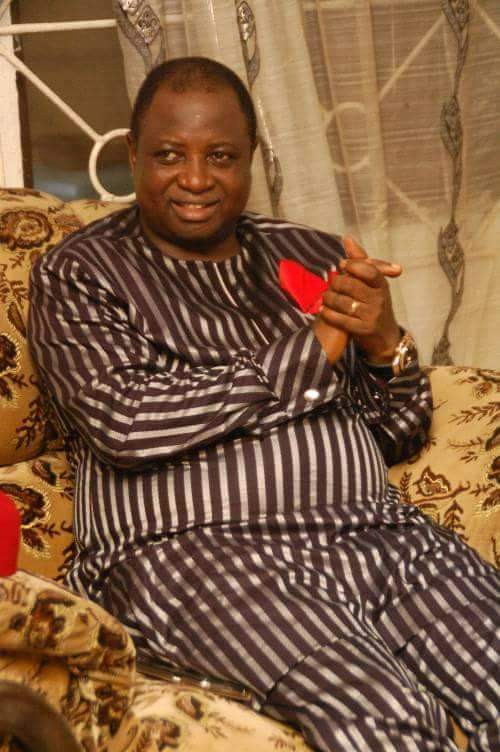 There are strong indications that his emergence as a senatorial contender is igniting robust attention among a cross section of the Isoko Nation and the Ijaws who see his aspiration as a bold move by an equally bold man.

It takes a decisive stand to come out of the crowd and since Othihiwa has taken the bull by the horn, there is the need for unity of purpose among stakeholders in Isoko for the objective to be realized. This is important so that Delta South Senatorial District can achieve so much more among fellow senatorial districts of the federation with a representative who will place the people’s needs on the front burner and put the interest of Delta South people above selfish interest. There is no doubt that Delta South is richly endowed with potentials and opportunities which if properly harnessed can transform the district.
Sir Ayodele Oghogho Othihiwa is one distinguished citizen with distinct leadership qualities and burning with passion to restore Delta South Senatorial District to excellence in terms of representation. He is a distinguished professional Accountant whose competence and high sense of ethical conduct is not in doubt. No one will be wrong to refer to him as a guru especially in Nigeria’s financial services sector.

He is a man who has been tested and found worthy in the previous leadership positions he had held. This brilliant and meticulous Auditor of first class talent has carried out numerous national assignments with the zeal, focus and commitment of a Trojan horse delivering accountability, excellence, integrity and substantial gains. Sir Othihiwa is an agent of positive change and the change he intends to represent will not only be for the benefit of Delta South Senatorial District but for Nigeria at large.

Addressing ward coordinators of Elo-Isoko Campaign Organization drawn from Isoko North and South recently at his palatial home in Oleh, the contender for senator said that what motivated him to run for the senatorial position is pure service. “I have joined the senatorial race to seek the opportunity to further contribute to the development of our dear senatorial district. I have the experience and competence to positively transform Delta South Senatorial District”. Speaking further, Sir Othihiwa said, “I have travelled far and wide across many countries of the world and have a firsthand knowledge of what representation is and how to make it effective.