The aspiration of Chief Ugochukwu Lucky Nwokolo (aka Overdo) to represent the Ndokwa /Ukwuani Federal Constituency in the House of Representatives has received a major boost following the purchase of nomination and expression of interest forms for him by the leadership of the Ndokwa Youth in Politics.

Speaking, Thursday, March 24th, 2022, on behalf of the Ndokwa Youths in Politics, the Chairman of Ndokwa West Chapter of the Union, Hon. (Comrade) Christopher Okwuepusu appealed to Chief Ugo Nwokolo to accept the forms in good faith, stressing that the people of Ndokwa Nation were tired of ineffective representation at the Green Chambers.

He added that there was an urgent need to rescue Ndokwa Nation from poor Representation and reoccurring maladministrations, saying that they are confident that if elected in 2023, Chief Ugo Nwokolo will not disappoint the people.

Responding to the presentation, Chief Ugo Nwokolo accepted the forms with great joy, stating that the course indeed was a noble one and that he will not disappoint Ndokwa Nation and the people if elected. 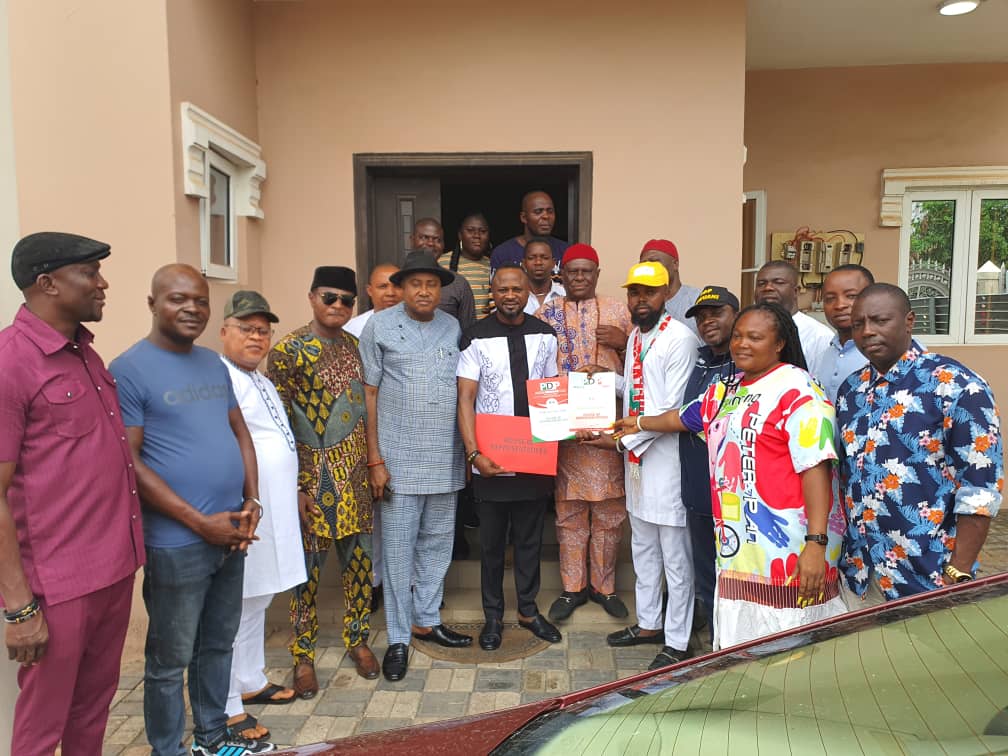 While expressing gratitude to them for the purchase of the forms for him, the House of Representatives aspirant for the Ndokwa/Ukwuani Federal Constituency also promised to put all his skills, experience and abilities in good use for the emancipation of Ndokwa Nation.

Chief Nwokolo who is the Chairman of Habitat Group said that; “This is a noble course that you people have embarked on and I want to assure you today that I will not disappoint you. I will not disappoint the Ndokwa Nation. You have made a request and I will go there by the Grace of God with my requisite knowledge, skills and abilities. I will be a good representative. The wonderful people of Ndokwa Nation must be emancipated”.

The House of Representatives aspirant for the Ndokwa /Ukwuani Federal Constituency also said ; “We shall use these three things that I have mentioned and the skills that will help to improve the lives of Ndokwa people”.