Director General and Chief Executive Officer, National Biosafety Management Agency (NBMA), Dr. Rufus Ebegba has said that the All Progressive Congress (APC) in Delta State would not go under due to internal conflicts, expressing optimism that the party would be repositioned to be a force to be reckoned with come 2023.

Addressing newsmen recently during his visit to the party’s executives at Ughelli North Local Government Area and Evwreni Ward 8, he said “For those saying that with so much internal conflicts the party will go under soon, that is not true. In recent times, some very eminent citizens of Delta State have defected to the party. That is to show that the party has something to offer. In any social environment, conflicts are bound to happen and I think what we need to do is to be more matured so that the differences will be settled. I am very much interested in ensuring that the crisis within the party at the state level is resolved and also to ensure that the party is repositioned. 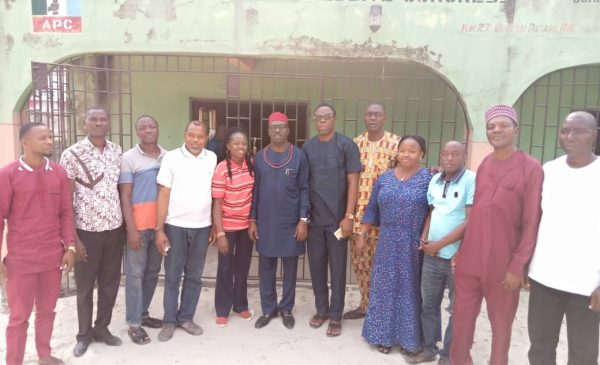 “After elections there must be winners and losers. It is for the winners to be magnanimous and the losers to accept defeat and go back to the drawing board again so that we can have a stable and strengthened party. I believe that the conflicts particularly amongst some of the big wigs will be a thing of the past soon. We just need to be more brotherly and unite for the interest of the party. I am an active member of the party at the national level but I feel there is need for me to be more visible to really work closely with my leaders at the Region, State, LGA, Ward and Unit level so that together we can see how we can strengthen the party and also to ensure that come 2023, APC will be the party to reckon with.

He charged State Governors in Niger Delta to use the funds allocated and internally generated in the states to revamp the economy of the Area. According to him “The NDDC and Niger Delta Ministry are all initiatives geared toward enhancing the economic prosperity of the people of the Area. A lot of resources are being channeled into the Area monthly so the State Governors need to work harder to furnish the Federal Government with more initiatives. The issue of insecurity and unemployment is a major challenge but for us to have peace in the Area I do not doubt that the State Governors can come up with initiatives that will enhance employment generation and security in the Area. 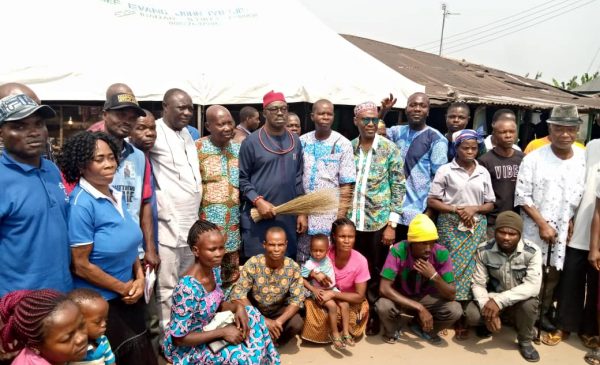 Hon. Onoabedje Obakpororo APC Ughelli North LGA Chairman advised Dr. Rufus Ebegba on the need for active participation in local political activities saying “We have been working hard and tirelessly to sustain the party at the Local Government Area and will continue to do so. Now that we have been briefed about your giant strides at the national level, whatever way you desire the support of the LGA we will support you because it is how well you work for the party that determines how the party will support you.” 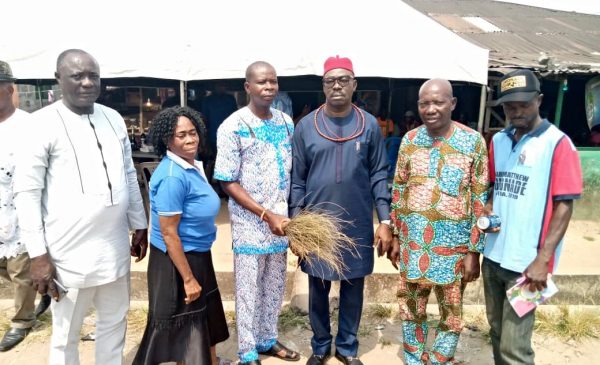 On their part, Akpobasa Solomon, APC Chairman Evwreni Ward 8, Sir David Unuafe, Leader, Anenuvwedia Sunny, Leader Uwerhu Ward 9 welcomed Dr. Rufus Ebegba back to his root. They however appealed to him to use his wealth of experience to bring all the leaders at the top together so that they can speak with one voice before 2023. “We are grateful that Senator Ovie Omo-Agege is already there but in the next dispensation we want to sing more songs of praise. Let us have more leaders that will assist him to make Urhobo great. 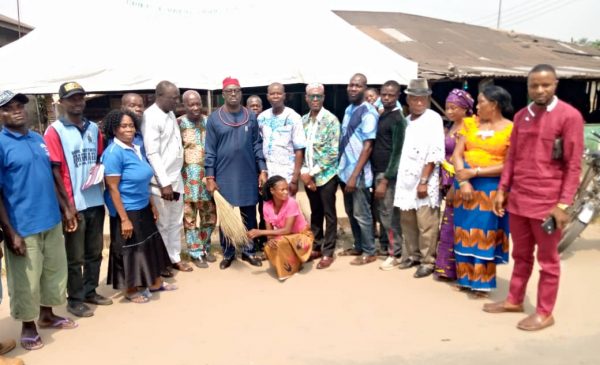 “You have come to your root and the people have graciously accepted you as their leader, as their eye at the national level. Politics is about dividends so let the men, women and youths who worked to ensure the success of the party at the general elections amidst tight, fierce opposition and physical attacks be remembered.” Also to welcome the party chieftain were Iyamu Simon, Vice Chairman, Avwiariemu Benjamin, Secretary and Ifaka Sarah, Women Leader.