Skip to content
By Oghenenyerhovwho Andrew
The Remains of mama Hannah Victoria Macaulay, mother of erstwhile Secretary to the Delta State Government, Comrade Ovuozourie Macaulay, were Friday, laid to rest at her hometown, Owhologbo in Isoko North Local Government Area, Delta State, amidst tears and eulogies.
Mama Hannah who was interred at about 1PM, was survived by Children, grandchildren and great grandchildren.
In his remarks at during the service, Governor Ifeanyi Okowa commiserated with the Macaulay family on the passing of their matriarch, noting that she lived a life of great accomplishments, especially in bringing up her children in the way of the Lord.
Okowa said: “At 88, she brought up worthy children and I am glad to be part of this ceremony for the celebration of life and thanksgiving for a great mother who went through a lot in keeping the family together having lost her husband 49 years ago.
“She lived a life that continuously believed in God, a life of compassion and service unto the people and we must continuously pray for the spirit to care for one another in the course of our Christian race”
Earlier in his sermon at the funeral service held at St Phillip’s Anglican Church, Owhelogbo, Archbishop of Bendel Province, and Bishop of Ughelli dioceses, Most Revd Cyril Odutemu described late mother of  Comrade Macaulay as a woman that made positive impact in the society, especially raising her children right. 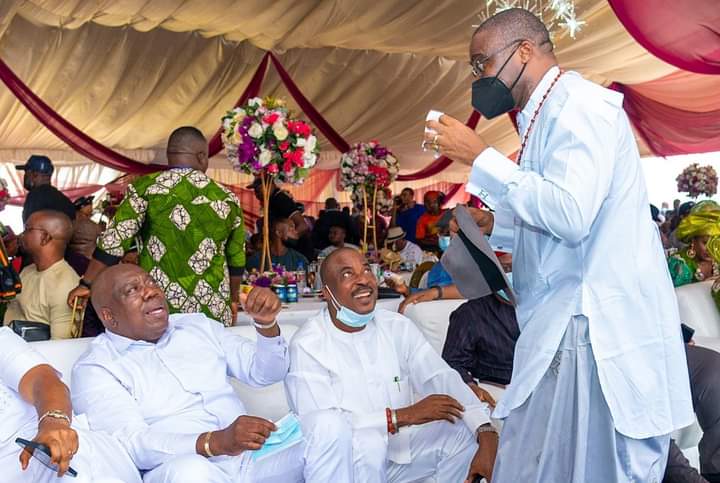 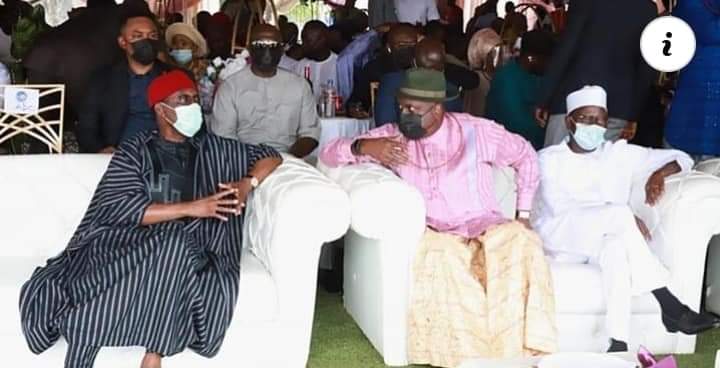 Odutemu said “Resurrection and judgement were at hand and advocated for a positive change of heart among believers and sinners as there was no repentance in the grave.
While praying God to grant the soul of the deceased matriarch eternal rest, he urged her children to immortalize her by promoting the good traits she radiated.
Speaking on behalf of the family, Comrade Ovuozourie Macaulay,  thanked Governor Okowa, former Governor James Ibori, former Adams Oshiomohle and other dignitaries for attending his mother’s burial ceremony, saying that his mother teachings had made him whom he is today.
Macaulay said, “My late mother was everything to me, she was my Adviser and Mentor and I will miss that mother’s advice and prayers”. He lamented.
Those who attended the ceremony includes; Governor Ifeanyi Okowa, Chief James Ibori, Comrade Adams Oshiomohle, Speaker of Delta State House of Assembly, Chief Sheriff Oborevwori, President General of Urhobo Progress Union, Olorogun Moses Taiga, President General of Isoko Development Union, Prof Chris Akpotu, Minority Leader House of Representatives, Mr Ndidi Elumelu, Senator James Manager, Senator Ighoyota Amori, Senator Emmanuel Aguariavwodo, Chief Leo Ogor, Chief Thomas Eriyitomi, Chief Solomon Igrakpata, Olorogun David Edevbie Olorogun Talib Tebite, Chief Fred Majemite, Chief Fegorson Onwo, Mr Charles Aniagwu, among others.
Post Views: 309