The peaceful congress held recently at the Council Secretariat field in Ozoro, and monitored by officials of the Independent National Electoral Commission, (INEC) had a total of 18 officers elected by affirmation as the new local government executive committee members.

While inaugurating the newly elected executives, the Returning Officer for Isoko North, Mr. Appearance Esiso, described the exercise as peaceful and well organized. He commended party leaders and faithful’s for their compliance with the party guidelines for the Congress, level of maturity displayed during the conduct of the Congress and large turnout for the Congress and inauguration.

According to him “The conduct of today’s Congress is in line with the provisions of the PDP constitution and I am very pleased with the peaceful conduct of the congress and I must commend leaders of the party for their good leadership because the large turnout of party faithful’s shows that, Isoko North is the home of PDP. 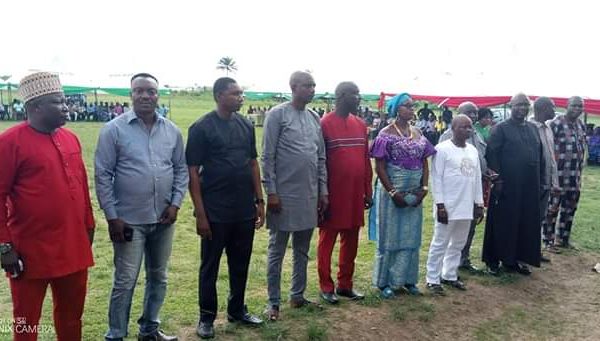 In his address, Member representing Isoko Federal Constituency, Hon Leo Ogor said that he was glad to be alive to witness the congress, emphasizing the need to be one and remain united as God has destined. “I am pleased with the outcome of the congress and thank party faithful’s for their unflinching support over the years. Let us strive to remain united as God has destined us to be and for those I have offended, let them forgive me as I have also forgiven all those who offended me.” He said

On his part, Majority Leader of the Delta State House of Assembly, Hon Tim Owhefere commended the past executives for performing wonderfully well and charged the present executives to work hard to deliver all candidates of the party in the fourth coming local government elections.

“I want to thank God for a peaceful Congress from the Ward to the Local Government Area. We observed all our party guidelines and now have a new executive capable of taking the party to the next level. For those who could not make it back to the executive, be patient with us as we are compiling your names for appointment or empowerment. You will be handsomely rewarded by leaders of our great party and the State government for delivering all our party candidates in the last general election.”

In his acceptance speech, Deacon Godwin Ogorugba, said that he was humbled by the confidence reposed on him by leaders and party faithful, “the congress was peaceful and devoid of rancour but moving forward I want to say that the time of quarrel is over, for the benefit of all it is time to work together and seek God’s wisdom in piloting the affairs of the Party.