The League of Women Voters of Nigeria (NILOWV) has lauded the Senator representing Anambra Central Senatorial District, Senator Uche Ekwunife, for sponsoring a bill seeking 40% gender inclusiveness for male and female in the composition of all arms of Governments at all levels in Nigeria.

In a statement signed by its President, Rt. Hon. Dame Dr. Esther Uduehi, she stated that “We commend Senator Uche Ekwunife for this bill which seeks to ensure the equitable representation of all genders in government. We believe that the passage of this bill and consequent amendment of Section 14 of the Constitution will no doubt promote sustainable development in Nigeria. 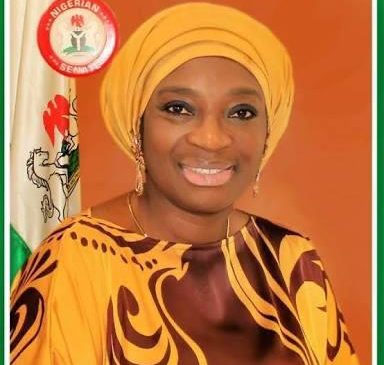 The statement continues, “The bill titled, “a bill for an Act to Alter the Provisions of the Constitution of the Federal Republic of Nigeria, 1999 (as amended) to make provisions for gender inclusiveness in composition of government and for other related matters seeks to amend section 14 of Nigeria’s constitution to allow that, for the composition of Government of the Federation, State, Local Government council, Ministries or Agencies, there must be not less than 40% representation of each of the gender groups (male and female) in the composition of such government.

“The League believes and has always maintained that it is necessary to gender mainstream in all aspects of government by ensuring that each gender is given the opportunity to have a significant representation in government as it is agreed worldwide and demanded by CEDAW to which Nigeria is signatory but which has defied domestication mainly because of the provision of the said Constitution.

“There is no doubt that the amendment sought by Senator Ekwunife’s bill will make it possible to domesticate the various conventions and give legal compulsion for gender inclusiveness in all forms of and level of governance in Nigeria whether in legislative or Executive Positions which the women of Nigeria have over the years, since Beijing Conference and the CEDAW, been craving for, to ensure that the talents and uniqueness of both sexes are not only explored in governance but are employed for the greater development of Nigeria.”

Uduehi thanked the Senate for giving the bill the first reading and referring it to the constitutional amendment committee of the Senate. She appealed to the Committee to give the bill an accelerated and positive consideration, adding “We look forward with hope to the accelerated actualization of this amendment. We plead with the House of Representatives to also buy into this Constitution amendment bill.”