When Emmanuel Macron walked across the courtyard of the Louvre on Sunday evening to the rousing finale of Beethoven’s Ode to Joy, the EU anthem, few doubted it was a win not only for his untested political movement, but for the European project too.

After the recent defeat of the far right in Austria and disappointment for the rabble-rousing populist Geert Wilders in the Netherlands, Brussels hailed the Macron victory as a sign of faith in European unity.

Selmayr did not mention the final: German elections in September, where the prospects of a fourth term for Angela Merkel were bolstered on Sunday night, after her CDU party unexpectedly trounced its junior coalition partner the SPD in a regional contest.

But the French presidential runoff was the most existential threat for the EU – a quasi referendum on the 60-year-old integration project. Macron won on a platform that conventional wisdom insisted was doomed: he spoke of the “dream” of the European Union, although was “not naive” when it came to its mistakes. His defeated rival, Marine Le Pen, had called for a referendum on leaving the eurozone and predicted the EU would die.

Analysis What happens now Macron has been elected France’s president?

No wonder EU leaders sound increasingly confident after her defeat, buoyed by the hope that the Eurosceptic wave has peaked.

“We have the possibility of launching a new phase,” Sandro Gozi, Italy’s Europe minister, told the Guardian. “It won’t be always easy … on one side we have to make the best possible of Brexit negotiations, we have to limit the damage … on the other hand it is essential that there will be a parallel process of relaunch and of deepening European integration.”

Gozi said security would be the first issue to speed up integration among “willing and able” countries, making clear that anyone else can join in later. “The community wouldn’t exist if in 1951 or 1957 the six European democracies decided to wait for the other European democracies.”

Far from fracturing the EU, Brexit could be forcing it together, or at least, offers respite from poisonous arguments over refugees and eurozone discipline. A recent editorial in Le Monde said: “For the first time in two centuries, the British are faced with a continental blockade as Napoleon attempted in 1806 – the difference is this time it works.”

Brigid Laffan is a professor at the European University Institute, a training ground for EU leaders. She said: “One of the paradoxes of [US president Donald] Trump and Brexit is that it has brought it home to individual Europeans … that Europe has to be fought for and protected. People don’t like what they see and that temptation to support the extremes is being contained.”

Laffan sees a “political window of opportunity of about five years” to reset the European project, depending on election results in Germany and Italy. 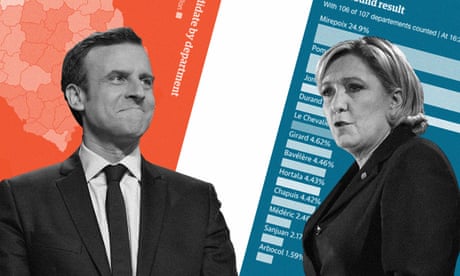 “There is an opportunity for EU member states to redefine the next phase,” she said. “Can they do so successfully? The EU by definition is going to disappoint, because it is always going to under deliver given how hard it is to keep 27 countries together.”

Better economic news is also putting wind in the EU’s sails. After years of slow growth, the 19 economies of the eurozone are expanding faster than expected. Recent polls show a rise in public support, with more people saying EU membership is a good thing. Pro-EU sentiment has even risen by a modest amount in the UK. Even more significantly, for the first time since the June referendum, more British people think Brexit is wrong than right, according to a YouGov poll for the Times.

“The situation is changing,” Antonio Tajani, the president of the European parliament, said in a recent interview. He contends there is less support for Euroscepticism because populist parties have failed to convince voters they can change things. “People want good solutions for the most important things … the [populist parties] don’t have solutions, they are only against,” he said.

The EU has also become more assertive at defending itself. Donald Tusk, the president of the European council, surprised and pleased some diplomats when he described the new US administration as one of the “threats” that made life for the EU unpredictable. Similarly, the European commission recently hit back at the “incorrect” and “highly misleading” claims of the Stop Brussels campaign promoted by Hungary’s prime minister, Viktor Orbán – a stark contrast to their refusal to get involved in the mud-slinging of the British referendum.

Macron’s victory in France will allow EU officials to dust off plans for deeper eurozone integration, such as a common finance minister and treasury – ideas that had previously stalled, in part because of France’s political weakness and Germany’s reluctance to take the lead.

Guntram Wolff, director of Bruegel thinktank, cautions against expecting a dramatic shift in German policy in response to Macron’s victory. Wolff sees gradual steps, such as the completion of banking union. “I don’t think we can create a eurozone federal state overnight,” he said.

But not every EU leader will be so cheerful about the French result and the prospects of deeper integration. The “big losers” from Macron’s election were the rightwing Eurosceptic governments in Poland and Hungary, according to Ivan Krastev, chair of the Centre for Liberal Strategies in Sofia.

This assumes Macron can succeed. And the French president-elect faces a daunting in-tray. He could struggle to meet his promise to reform France’s labour laws, hobbling chances of a more equal partnership with Germany. His failure – already predicted by Le Pen’s supporters – could usher in more support for anti-EU forces.

Neither can the clouds on the EU horizon be blown away by just one election. In Greece, the eurozone crisis is in remission, but many see another round of “extend and pretend” that leaves the Greek people facing decades of austerity. Italy is expected to replace Le Pen as the biggest political concern of all: the Five Star Movement, which wants to quit the euro, is leading the polls, raising the possibility of an almighty eurozone crisis and global economic shock.

Gozi still thinks former prime minister Matteo Renzi can stage a comeback to lead the Democratic party to victory – “I think we can win a general election,” Italy’s Europe minister has said.

Meanwhile Gozi has urged Macron to move quickly on his big reforms. “Better than one big big bang than one reform after another, especially in countries like Italy and France where there is a strong resistance to change,” he said.