Sir Ayodele Othihiwa has pledged his total support and commitment to the People’s Democratic Party, PDP for the sake of continuity and sustainable development.

Othihiwa, an aspirant and runner up to the just concluded parties primary for the House of Representatives, Isoko Federal constituency gave this assurance when he paid a thank you visit to the chairman, PDP elder council, Chief Dr. Dennis Etaluku in his country home, Igbide Isoko South Local Government Area. 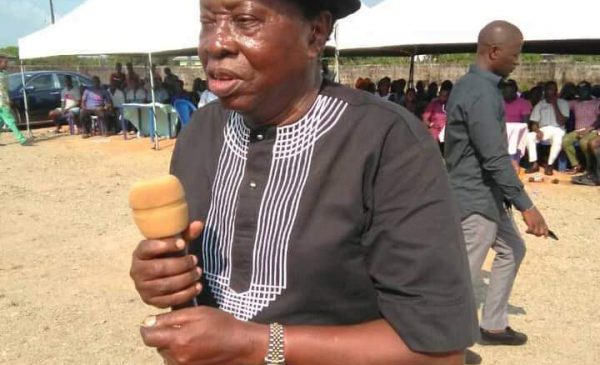 Speaking, at the occasion, Othihiwa said, “Despite the outcome of the primaries, I remain committed to the party and will campaign vigorously to deliver, Alhaji Atiku Abubakar as president, Dr. Ifeanyi Okowa as governor, James Manager as Senator and Rt. Hon Leo Ogor, Chief Fegerson Onwo for House of Representative and Assembly respectively.

“When I came, I said 2019 Othihiwa for Rep but after the primaries, we lost and there is the saying that success is not defined by absolute defeat but it is define by the courage to partake in an event and it is measured by the obstacles, challenges that you faced in the cause of that race and when you evaluate the courage, the odds that we face in the primary election, I dare to say to you the we are the victors. We won the election even though we are not taking the seat.

Othihiwa, who also commission Elo-Isoko Campaign Organization office in Oleh said, “For the sake of continuity, governance and sustainable development the campaign organization will led a massive campaign to rally Isoko electorates to vote for all PDP candidates from the national to the state levels.

In his remarks, Chief Etaluk said, “Despite not winning the primaries, you came back to say thank you to the people of Igbide and Isoko nation. I was not expecting this at all.

“I stood firm for him in the primaries and he coming back to appreciate us is a welcome development and as am now aging, the mantle of leadership is now falling on Othihiwa gradually in Igbide. We must stand firm to support our own at all time.

“Politics is always an ongoing project and I must commend the effort of Othihiwa because he fought with lions and upon al intimidations and threats he never backed out of the race, that show that he is a future leader in the community and in Isoko nation and those who never voted for him at the primaries are now regretting their actions.

“His coming back to show appreciation despite his failures in the primaries indicates that he is a grass root person who knows his foundation because without it, he cannot make it politics.

“Igbide is now going into the mainstream of politics and the governor of Delta State, Sen. Ifeanyi Okowa called him a fantastic man and all the doubting Thomas have now seen and discovered a study and strong politician and I was happy because when those who called themselves leaders and elders ran away, the youths stood firm.