The statue of late Sir Engr. (Chief) Donatus Adua has been pulled down from the Makolomi roundabout where it was recently unveiled in Ughelli, Delta State by unknown persons. 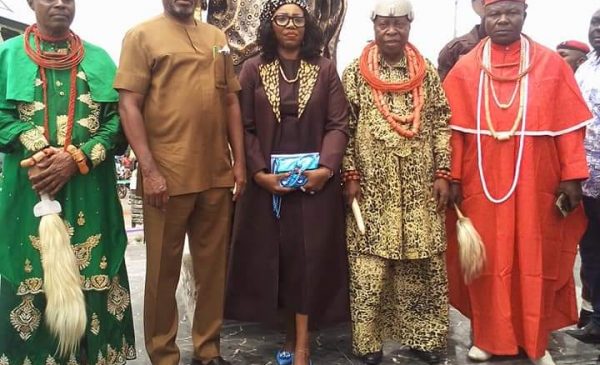 It was gathered that the statue was erected in his memory to beautify the roundabout leading to his compound and the Catholic Church where he worshipped while he was alive.

According to reports, Chief Adua was very influential during his time and helped to construct some of the major roads within Ughelli, most notably, the road that leads from Amekpa to his maternal community, Ofuoma.

It was also reported that Donatus whose mother is from Ofuoma-Ughelli  School of Health was to move from the General Hospital in Ughelli to its current permanent site, Chief Adua and Theo Mukoro provided the land that the institution currently occupies. 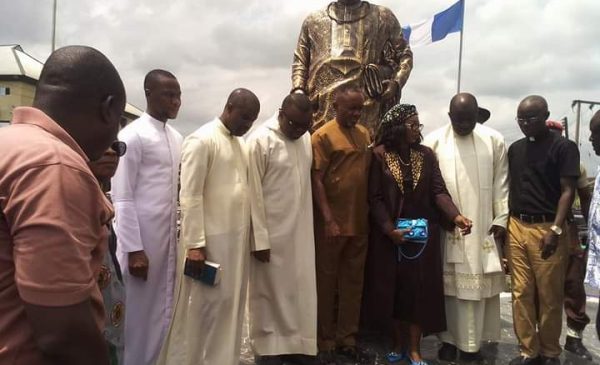 For remembrance, his wife was said to have consulted the leadership of the town and top personalities and was given the go ahead to erect the statue.

Further probe revealed that the statue was actually brought down because Chief Adua wasn’t from the town but Isoko. Hence, cannot have his statue erected at a major roundabout according to source. 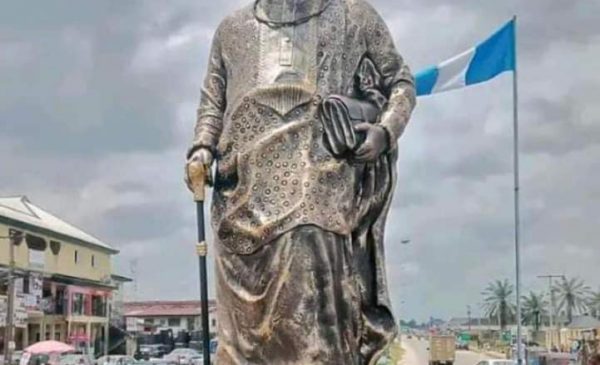 An insider told our correspondent;

“They gave her the go ahead to do it, so after the opening of the roundabout she received message that she should remove her husband statue from there that the place does not belong to her husband and besides her husband is not from this town and some other irrelevant reasons.”

When our correspondent visited the scene last night, workers could be seen removing the tiles earlier used for the beautification.

At the commissioning of the project, three traditional rulers, The Ovie of Okparabe Kingdom, the Ovie -elect of Ewu-Urhobo Kingdom, Macaulay Gabriel Ohwodje and another royal father were in attendance including priests from catholic church and traditional chiefs from Ughelli kingdom.