The Acting Principal of Ovwodokpokpo Secondary School Ovwodokpokpo-Olomu in Ughelli South local government area of Delta State, Mrs. Naibe Christy, has appealed to the state government, community leaders and individuals to facilitate the accreditation of the school as a West African Examination Council (WAEC) center.

Mrs. Naibe made the appeal yesterday during the 4th Inter-House Sports Athletic competition of the school, pointing that waec accreditation would curb the drift of students of the school and promote effective discipline of students.
While noting that sports is an integral part of the school’s curriculum that enhance not just the physical growth of the child but also mental development, she commended the Delta State government for making school sports fiesta a yearly activity in the state.
She highlighted some of the challenges confronting the school to include, shortage of teaching staff, lack of staff accommodation, poor security around the school premises and environ, lack of electricity and lack of adequate learning facilities such as science laboratory equipments, ICT laboratory, computers and others.
Speaking further, she expressed her gratitude to the Executive and indigenes of Ovwodokpokpo community for their contribution towards the growth of the school and proper discipline of the students. 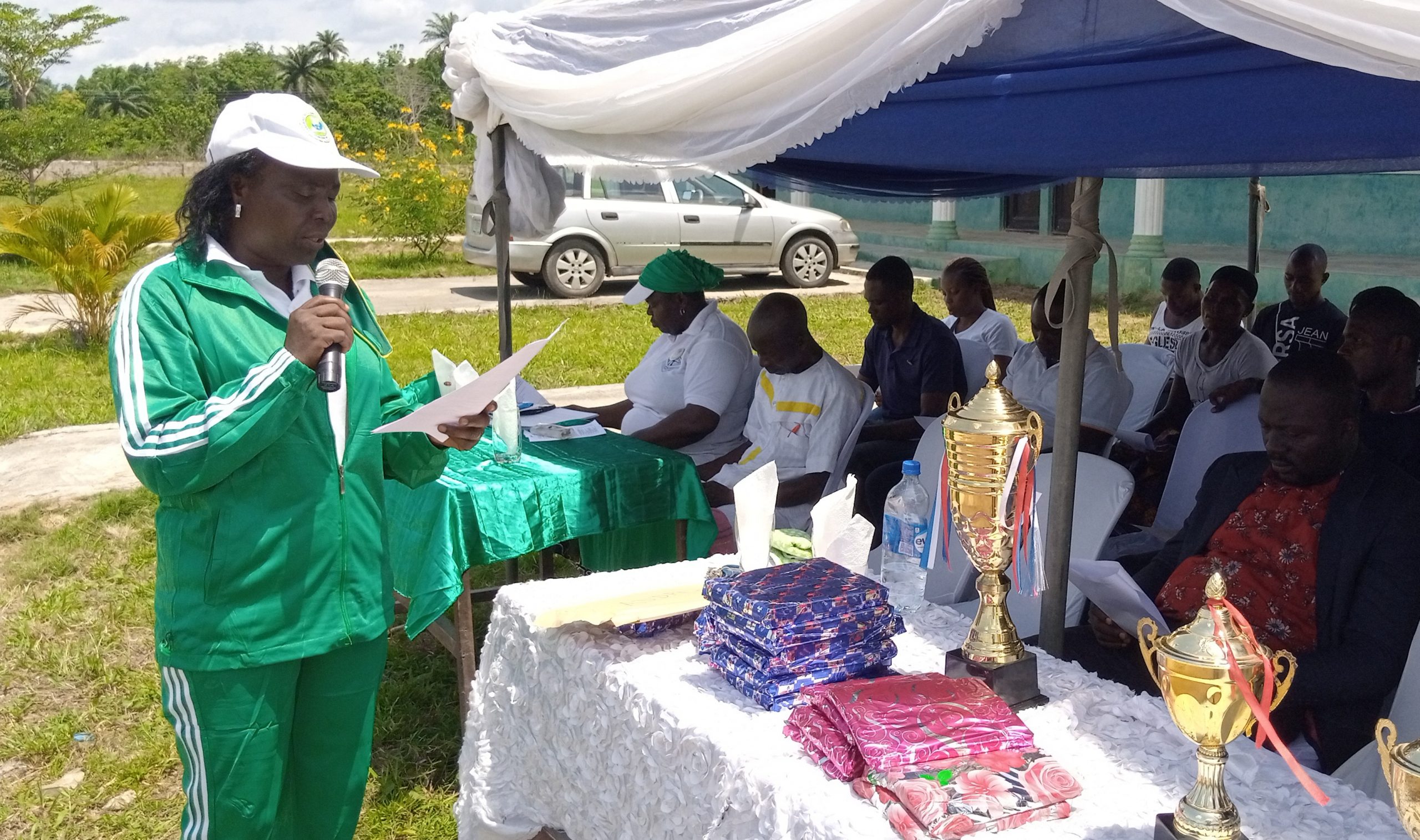 “I want especially express my gratitude to the President General of the community, who coincidentally is the chairman of this occasion. Who with his good office has brought solar water works to the school amongst others.
“We also want to call for help for security or a gateman that will man the gate, and to also help in keeping watch over the school’s properties. It is very sad that in less than three months of installation of the gigantic solar water works the panel was taken away which has left the school to suffer lack of pipe-borne water.”
Also speaking at the event, the representative of the Delta State,  Post Primary Education Board (PPEB), Mrs.  Edafe Judy, commended the Acting Principal and staff of the school for their resilient effort in putting the sports fiesta together.
According to Mrs. Edafe, who is the Head of Planning, Research and Development, PPEB, Ughelli Zone, “I really must commend the principal. Despite the fact that she is just the acting principal and the school being a new school, the students also very few, she was able to organize this event perfectly well.”
Highlight of the competition was the presentation of the overall winners’ cup to Agware Blue House that scored 144 points followed by Orirhen Green House that scored 125 points.
Post Views: 148