Women from Evwreni community have called on the state and federal governments to urgently prevail on the warring groups in the community to shelve their swords and allow peace to return as they are tired of running away from their homes over the incessant killing and burning of houses.

The women  who took to the streets, barricaded the Evwreni axis of the East/West road over the continued crisis that is rocking community in Ughelli North local government area of Delta State.

Displaying leave and branches, the women numbering over 2,000 were singing songs such as ‘We need peace, ‘We want peace in Evwreni’, Evwreni need peace, ‘Government should help us’ held that they are fed up the continued arrest, killing and burning of houses that has bedeviled them.

Addressing newsmen, one of the  community eldest woman and leader, Mama Rebecca Igbeka said, “what we in the community is peace and our children that have been arrested and kidnapped should be released unconditionally, we are tired of running here and there.

“Those that are involved in the community crisis should bury their differences and come together in love, peace and unity. We should not be used to kill ourselves, I am appealing”.

Another woman who gave her name as, Mama Grace Igben lamented that on daily basis, “Our husbands are being kidnapped, arrested and killed, we are tired of the current happenings. 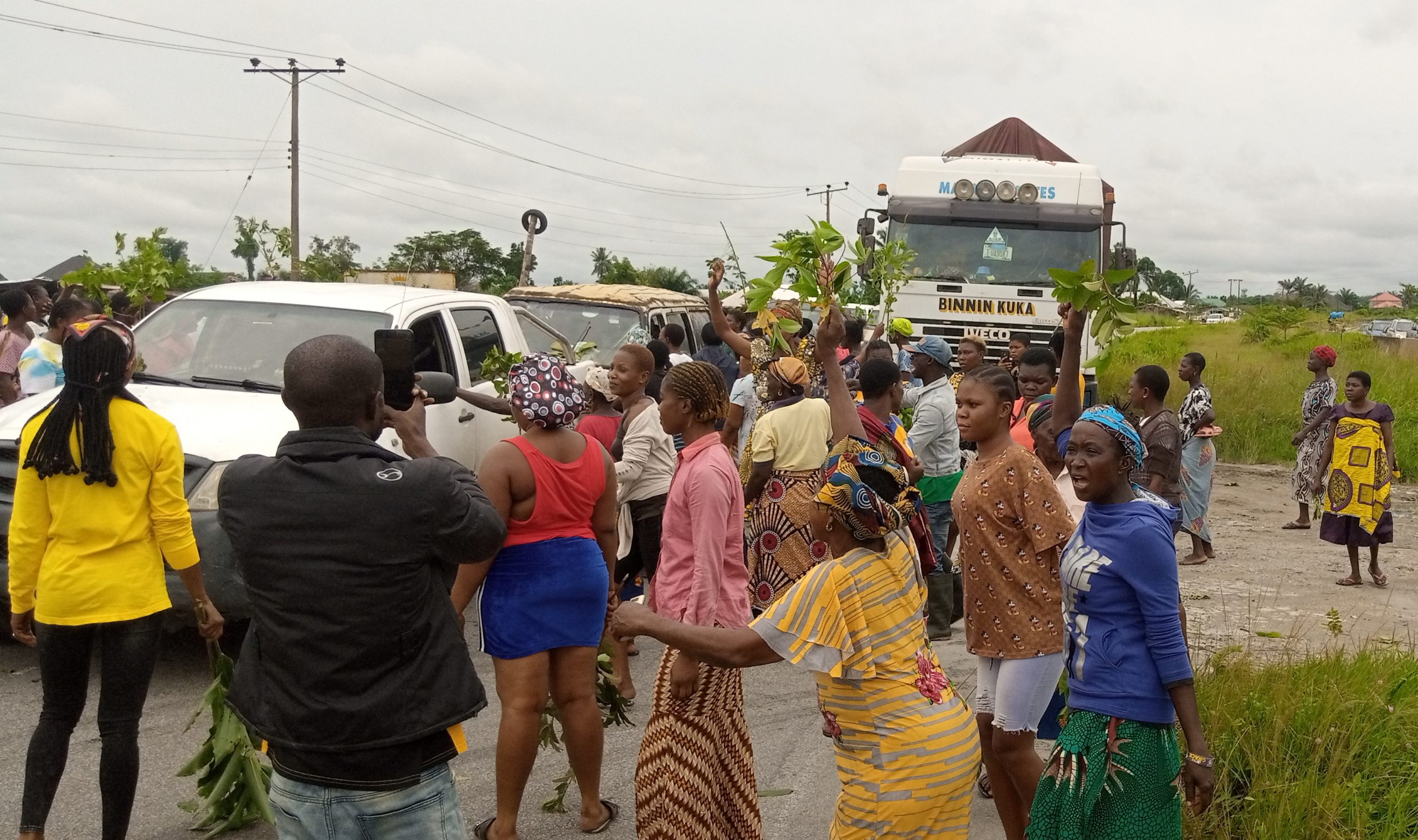 According to Mama Igben “One of the factions in the community has agreed for settlement but the other is refusing. We no longer go to our farms and market because of the fear of the unknown and possible attack.

“Evwreni is gradually becoming a community of women because most of our our husbands are either being, killed, arrested or kidnapped. We are tired of running, let peace reign in our home”.

Lamenting over the gruesome killing, arrest and burning of houses, Mrs. Okome Grace said, “My husband, Joseph Okome has been arrested since February and we have not heard anything about him whether dead or alive.

“The children are no longer in school today because their father has been in detention and we are no more going to farm or market. We are tired of sleeping with our eyes open on daily basis”. Mrs. Okome said.

Narrating her ordeal, Michael Precious said, “My husband’s elder brother has been in detention for nearly two years now,  and only recently my own husband, Mr Wisdom and his other brother were accosted by suspected gunmen along the Ughelli /Evwreni highways by unidentified persons.

“The vehicle hits the motorcycle they boarded from behind and they fell into the bush part of the road and some men came out and bundled my husband into their vehicle and whisk him to an unknown destination. I want my husband back, we are tired of the current happenings in the community”.