For quality broadcast of DESOPADEC programs and event, the Managing Director/CEO of the Commission, Bashorun Askia Ogieh, has re-branded the media unit of the commission by providing modern gadgets to staff reporters of the Media and Public Affairs units in line with the current trend of diseminating of information to the general public.

Presenting the items to staff reporters in her unit, Mrs Chinenye Ezonfade applauds the MD/CEO, Bashorun Askia Ogieh and the Board for the items.

According to her, “these working tools would enhance performance and productivity of the unit.”

The items presented to staff include, Laptops, Android phones and Flash drives. 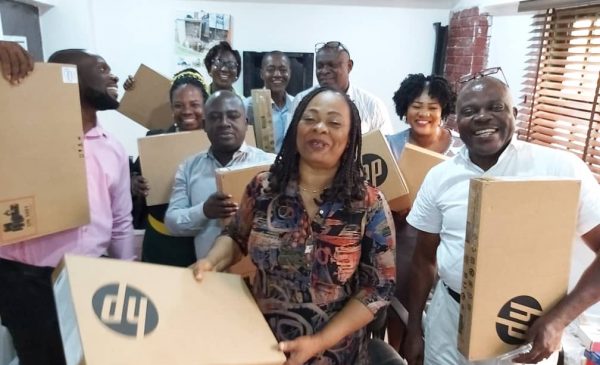 Responding on behalf of the recipients, Mr Boniface Nzesi Ossai, thanked the MD/CEO Bashorun Ogieh, the entire Board and the Head of Media and Public Affairs unit, Mrs Ezonfade for the kind gesture and promised that they will put the items to good use..