Front line gubernatorial aspirant of the Peoples Democratic Party, PDP, in Delta state, Chief  Aghwarianovwe Novwe  Ikie has accused some members of the party of extortion before he was cleared as an aspirant to contest for the party primaries.

According to him on his facebook account, he alleged that he was asked to pay the summit N7. 8 million before he would be cleared.

There were several illegal extortionist obstacles placed on my path and those of other aspirants on my journey to this stage of my aspiration. 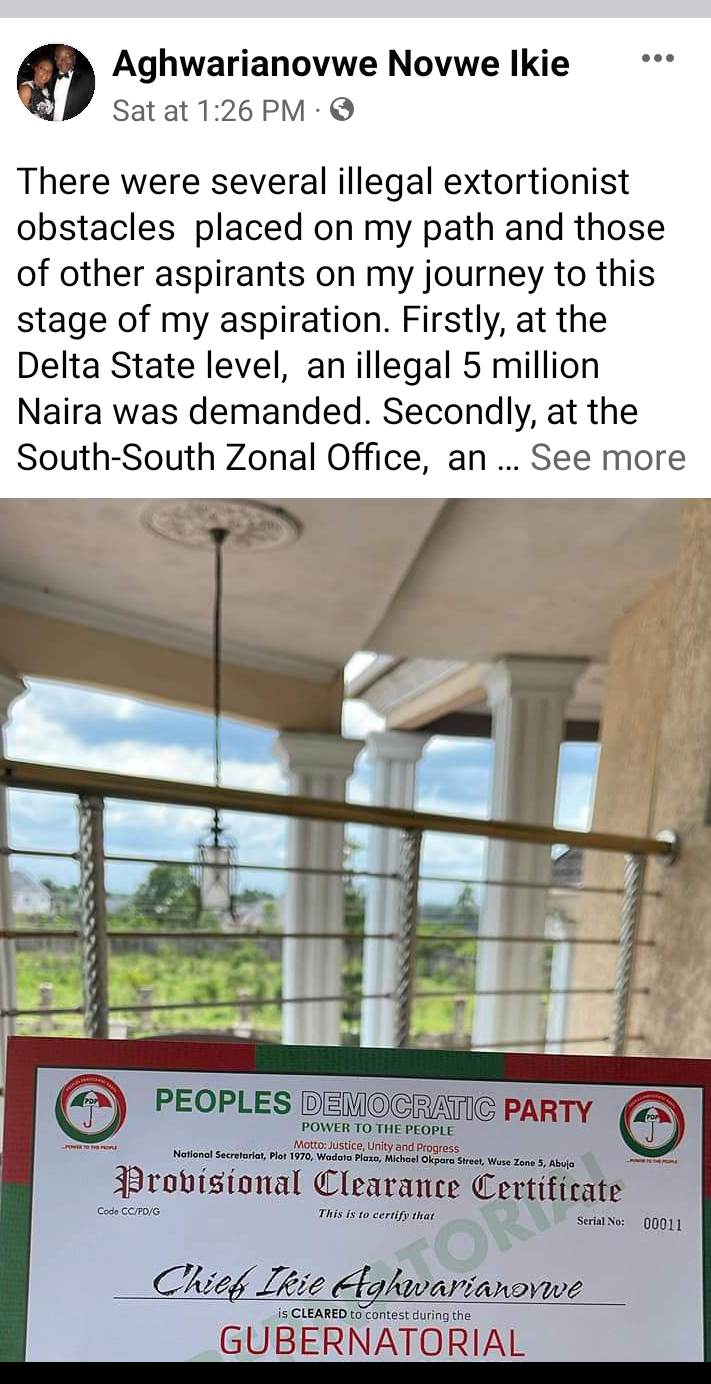 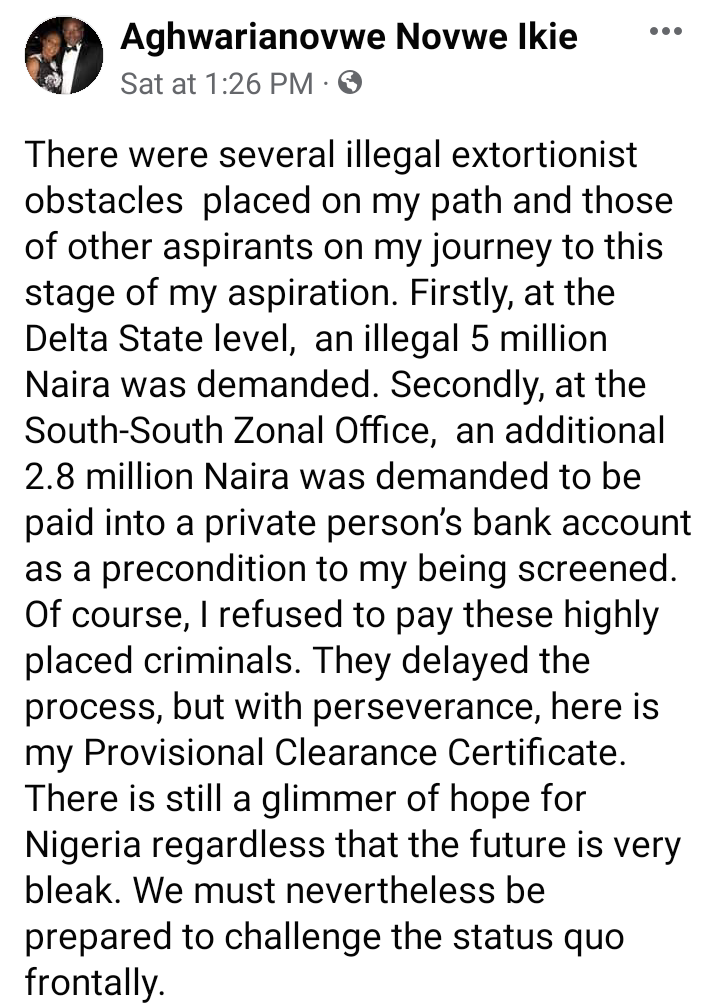 Of course, I refused to pay these highly placed criminals. They delayed the process, but with perseverance, here is my Provisional Clearance Certificate.

There is still a glimmer of hope for Nigeria regardless that the future is very bleak. We must nevertheless be prepared to challenge the status quo frontally.