A former Kebbi State governor, Alhaji Sa’idu Dakingari and his deputy, Alhaji Ibrahim Aliyu, on Friday defected to the All Progressives Congress (APC) from PDP.

Speaking to newsmen in Birnin Kebbi on Friday, Bagudu, described the defection as a welcome development for the growth of the state. 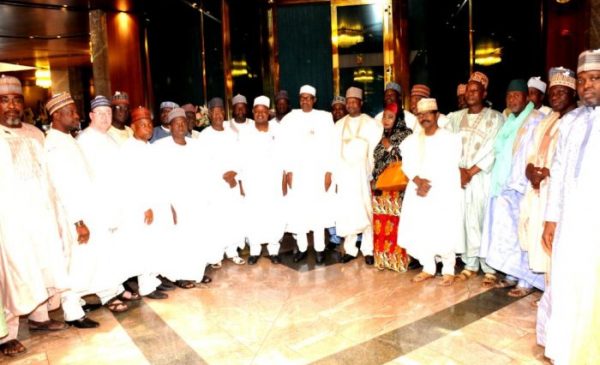 “We are very much delighted as we are now more united than we were.

“The essence of our union is nothing more than to move our state and the country forward, ” he said.

Also speaking, the Attorney General of the Federation and Minister of Justice, Alhaji Abubakar Malami, said their defection to APC was timely.

“We want all and sundry in the state to rally round the governor in order to assist him to record unprecedented success in moving our state forward.

” The Federal Government has been doing its best in social, economic and security aspects as many roads construction have been going, electricity has improved and security situation in the country has also improved ,” he said.

He called on the defectors to put in their years of experience by contributing in all areas they could in order to move the state and country forward.

Speaking on behalf of the defectors, the former deputy governor, said they dumped the PDP to APC in order to move the state forward.

“This nation needs peace and this state needs development, we came to APC to unite our people under one fold and that fold is APC,” he said. (NAN)