In a statement signed by its President, Rt. Hon. Dame Dr. Esther Uduehi, (PhD.) she stated that “NILOWV appeals to the Inspector-General of Police and the Commissioner of Police, Kogi State, to immediately provide protection for Elizabeth Oyeniyi, a mother, who has gone into hiding for fear of her life and that of her young son. NILOWV fears for her life, especially in this period of COVID-19 lockdown, when movement has become restricted in many parts of Nigeria. If deliberate action is not made to protect her, it would not be long before she is fished out for further harm or death.

The statement continues, “In view of the foregoing, NILOWV condemns acts of gender-based violence in its entirety and call on the relevant Authorities to thoroughly investigate this matter with a view to bringing the culprits to face the full weight of the law. NILOWV recalls with sadness that Kogi State was also in the news during the 2019 elections for so many cases of brutalization against women voters. 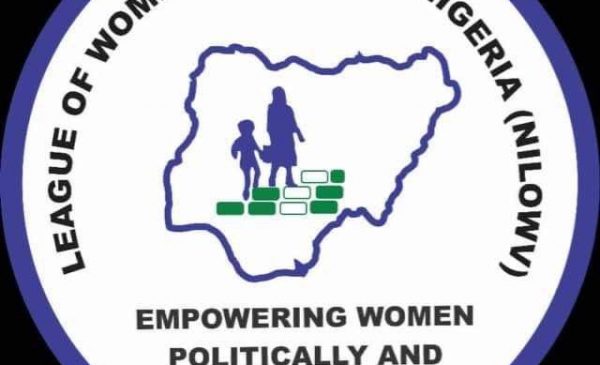 “Women voters are always in the majority during elections and are known to suffer untold pains, hardship and brutalization. Most prominent during the 2019 elections in Kogi State was the case of the Women Leader of one of the opposition political parties Mrs. Salome Abuh, who was burnt to death in her home! NILOWV calls for an end to the incessant violence against women in the State! Enough is enough.

“NILOWV commends Governor Yahaya Bello, of Kogi State for his prompt action at suspending the Commissioner, but appeals that, he follows through to see that Elizabeth Oyeniyi receives justice. NILOWV appreciates and commend the human rights coalition that has taken up the case of Ms. Elizabeth Oyeniyi, and hereby pledges support in following this case to a logical conclusion. NILOWV looks forward to a violence free nation, where women will be encouraged to speak the truth without fear of retribution.”