Skip to content
……As He Receives Jaro Egbo Back To PDP  In Delta
Delta state governor, Dr. Ifeanyi Okowa has vowed that the Peoples Democratic Party, PDP, will resist rigging of elections by opposition parties at the 2023 general election in the state.
Okowa made this statement at Ughelli PDP Mega Rally, when he received Olorogun Jaro Egbo and his Hivoltage group that defected from the All Progressive Congress, APC, in Ughelli North Local Government Area, Delta state.
According to the governor, “Today we are here to receive one of our brother and his Hivoltage group, and our other brothers that have been at the other side with the broom back to the fold of the PDP.
He has being our brother from the beginning and we allowed him to join the other to go and spy and scatter them with his Hivoltage but on his return to PDP, his Hi voltage will cool our body and it will continue to shock them.
His coming back to the PDP is the indication that we are well to take over Aso Rock and we have to be strong and courageous, we have to work very hard and not by quarreling.

“Nigerians have suffered enough and they are tired; so, we must give them hope that there will be light at the end of the tunnel,” he said.
Okowa charged party faithful to go forth and convince more people to join the PDP in its quest to rescue Nigeria from maladministration.
“In Ughelli North here,i know that we have always won elections and after our wining, they usually write results in one ward but this time it will not happen because this time we must win Ughelli North, we will not allow anybody to write results again.
“Every man with his vote must count, we don’t rig election and will not flow anybody to rig in this local government and I am convinced beyond reasonable doubt that in 2023, we will win in all parts of Delta Central,” he stated 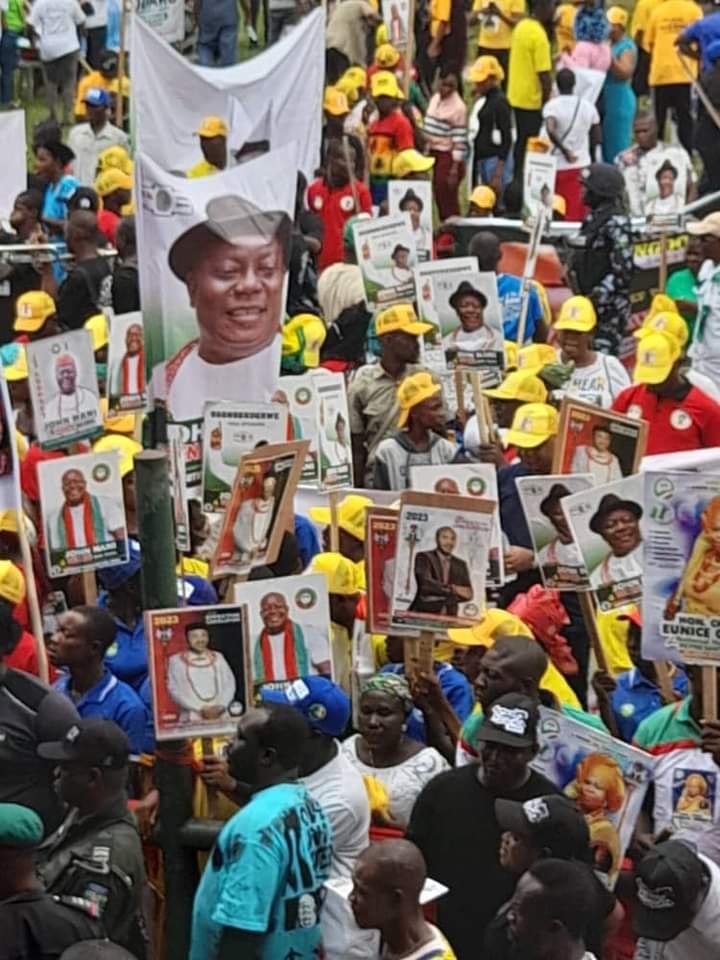 They have been shaking us in Ughelli North and Ethiope East, in 2014, we won four local governments and in 2019, we won six but in 2023 we shall win the 8 local government areas in Delta central”.
On his part, leader of the Hivoltage,  Olorogun Jaro Egbo said, “I am  here like the biblical Caleb that was sent out to go and views the enemy’s camp.
“In 2015, the APC made a lot of promises to Nigerians which they didn’t fulfill instead they plunged Nigerians into further economic and security crisis.
“Now that we are back home, the PDP will start the winning for 2023 here in Ughelli North,” he vowed.
Post Views: 22