The Delta State House of Assembly hopeful, Oke Umurhohwo, on Friday 25th March, 2022, purchased the House of Assembly expression of interest and nomination forms, saying that the time has come for Ughelli North Constituency ll to vote the best person that will offer the people effective representation.

Umurhohwo who made this statement at the state secretariat of the Peoples Democratic Party PDP, Asaba, Delta after purchasing the expression of Interest and nomination forms, said the time to make the right choice for the total transformation of Ughelli North Constituency ll is now.

While urging all delegates from the wards and local government to vote wisely, Umurhohwo said any mistake to make a wrong choice because of financial inducement will be regretted for the next four years, adding that the position is for someone who is vibrant, who is resourceful, and have a passion to drive development. 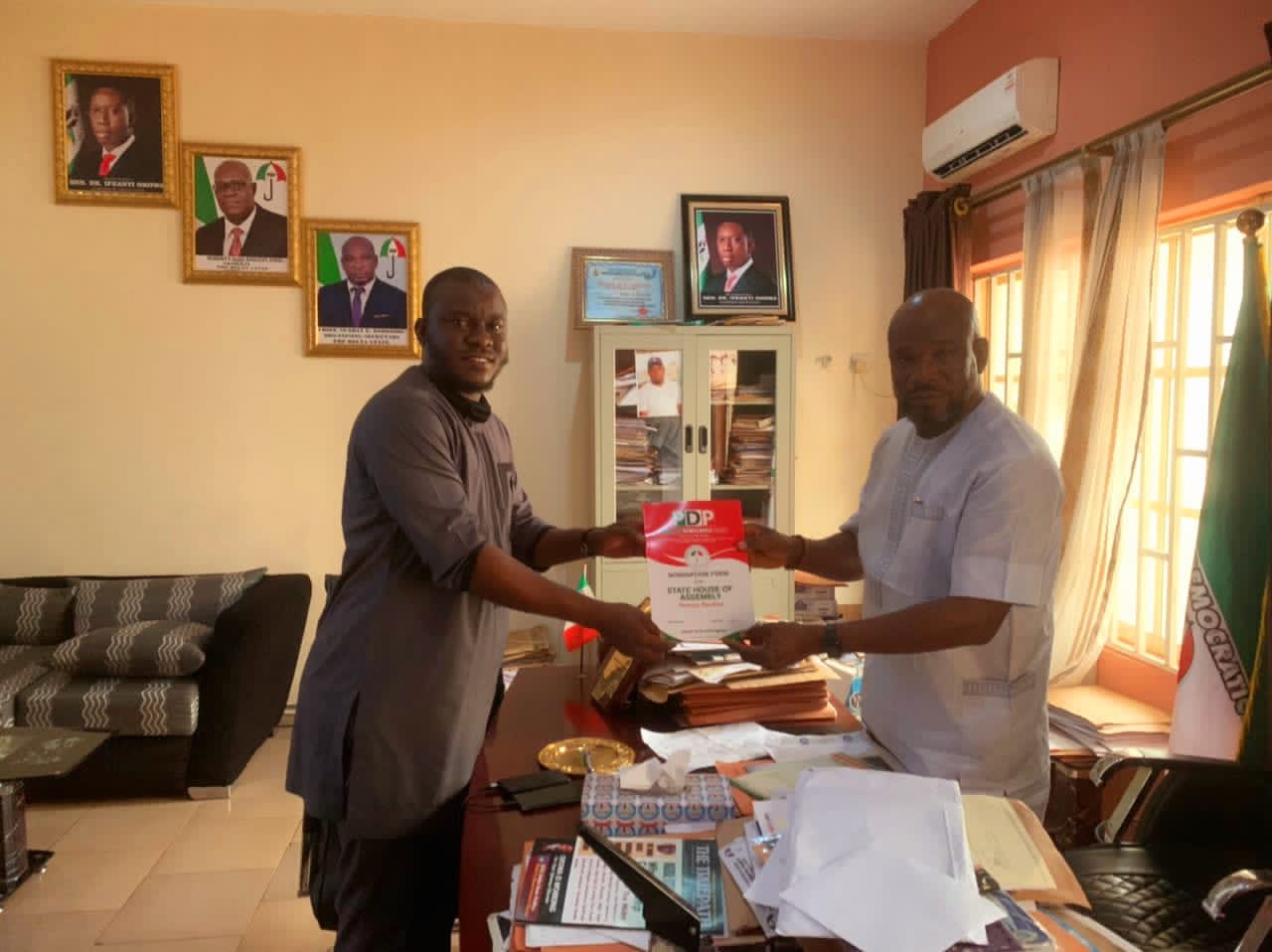 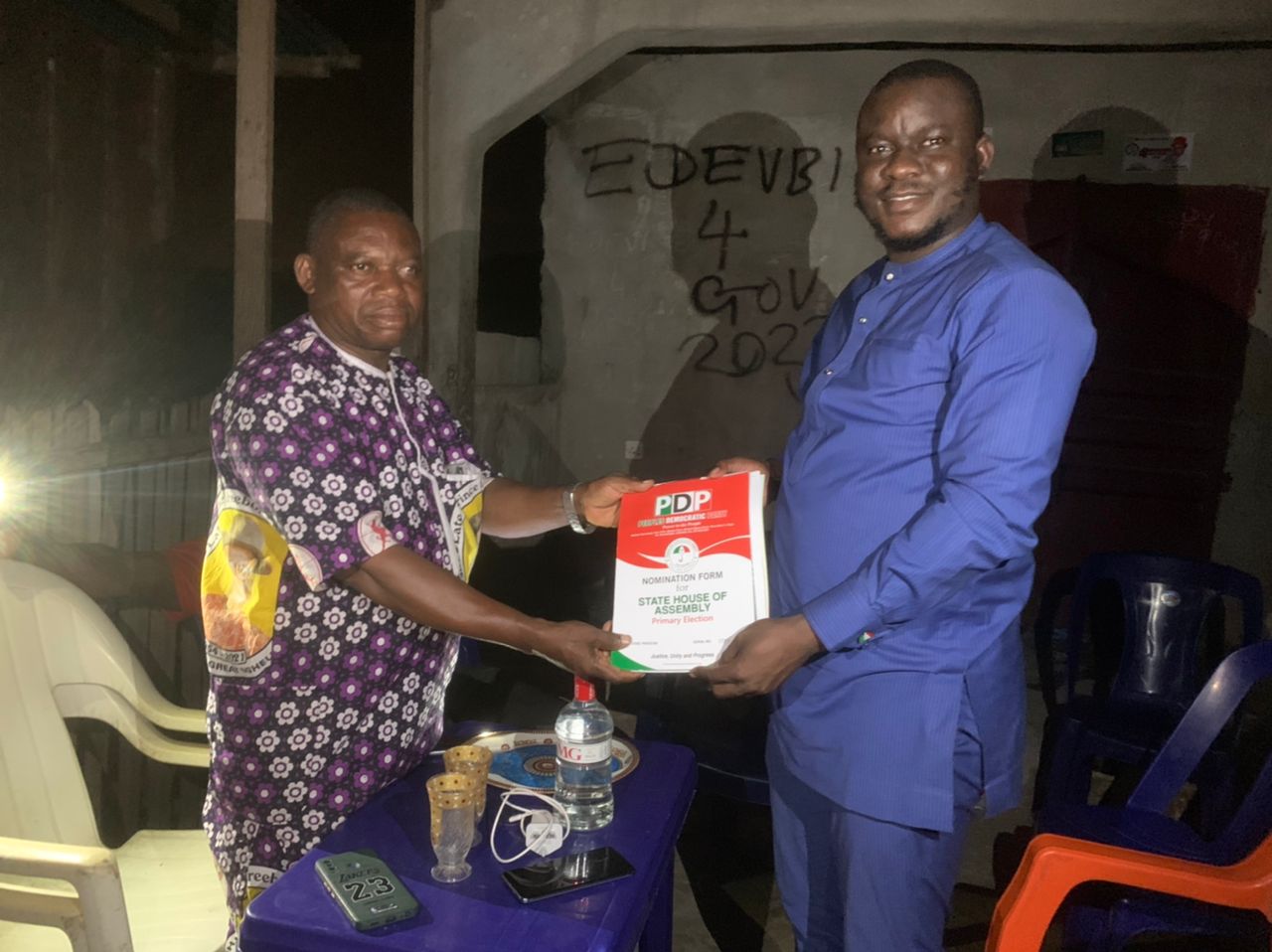 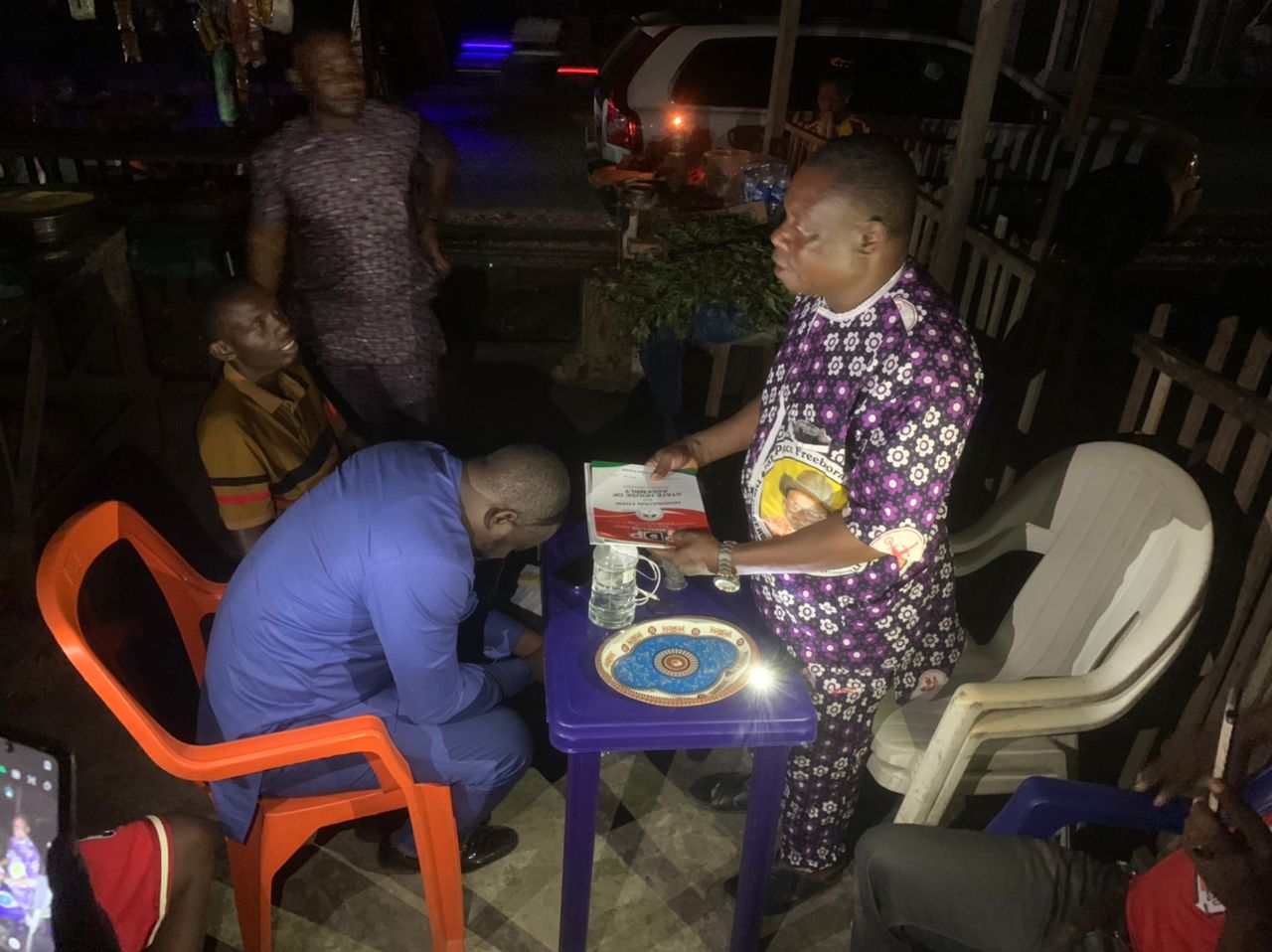 He said he went to purchase the expression of interest and nomination forms after having consulted elaborately with leaders, delegates, key stakeholders, and the good people of Ughelli North Constituency ll to listen to their yearnings and aspirations for better representation.

Umurhohwo speaking further said, “I have moved a step further in this course by purchasing both the expression of interest and the nomination forms to contest for the State House of Assembly seat to represent my people of Ughelli North Constituency ll, under the umbrella of the Peoples Democratic Party.

“I believe with this step we have taken by purchasing the nomination forms, we are beginning to walk our talk, which we have stated earlier that we are into the race to win. l can confidently state here that of all the aspirants, I am the best choice and most capable to represent the good people of Ughelli North Constituency ll.

“As I have always said, my aspiration is borne out of genuine intention to positively impact the lives of our Constituents in particular and Deltans in general as well as to be a good ambassador of our great party, the PDP.

I strongly believe that with the wealth of experience, knowledge, exposure, contact, and network I have acquired in life over the years, I will not fail our people if given the mandate, but rather will consolidate on the good work of our amiable governor, Sen. Arthur Ifeanyi Okowa and improve on the representation that my senior brother, who is the incumbent, Hon. Prince Eric Oharisi has done as he rounds up his second tenure.

“At this point, I solicit for the support and prayers of all and sundry to succeed as l appeal to delegates to massively vote for me as the PDP candidate during the May primaries of the party. I’m confident we can achieve a landslide victory if we vote wisely.”