Skip to content
Movement and other commercial activities were restricted for hours in a peaceful protest by Iwhreko community over an alleged removal of the youth leader by a cabal in Ughelli North Local government area of Delta state.
Below is the video of Iwhreko community protesters!!
Armed with placards with inscriptions such as, ‘PG Enough is Enough, ‘We nor want War, Iwhreko say no violence, ‘Mr Augustine Okerhieri remain Iwhreko youth chairman, Ewheya say no to Violenc’ and amongst others, the protesters mainly men, women and youths accused the president general of the community of impunity.
Addressing newsmen during the protest at Iwhreko community, Engr David Omotor said, “The cause of this peaceful protest is to express our miss feelings and concern as a community of the happenings for some days now which we are not satisfied with.
“The president general and his executive have put the community into crisis and we are saying no to their impunity and tyranny as they cannot be bigger than the entire community. 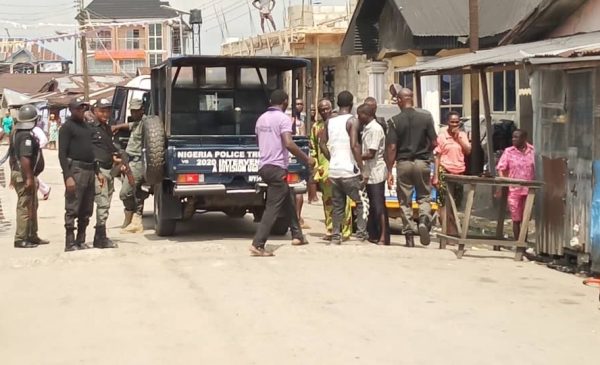 “He cannot be lord over us because the community is bigger than him and that is why we have come out this morning en mass to protest, agitate that every decision taken must pass through the Okpako Orere (Most elderly man) of the community.
“As stakeholders in the community, were are not aware of any dissolution of the youth body led by Mr Augustine Okerhieri, we say mo to his dissolution and we are standing that Mr Augustine Okerhieri remain the youth chairman of the cimmunity.
Also speaking, the women spokesperson, Mama Arigo Okotie alleged that the community president general used her name and other women to disorganized  the youth in other to remove the youth chairman. 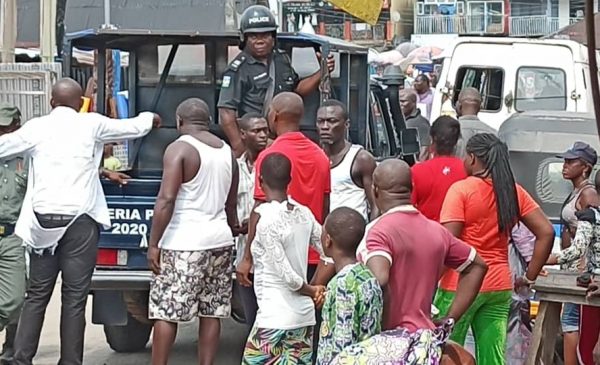 “He did not hear from me or any of us and we do not want him to involve us in his activities and they should not give us names that we do not have. We want him the (PG) to resign his position for lieing against us”.
However, In a related development commotion erupted when two trucks of combined security agents stormed Iwhreko community with some leaders to allegedly arrest the protesters.
The security agents released several gun shot into to scare the protesters that assembled at Iwhreko town hall but their shot never scared their resolute for the president general resignation.
When contacted, the Delta State Police Public Relations Officer, Mr Edafe Bright over the incident said, “Let me find out because i am not aware of any protest, let me check”.
Post Views: 291