In life, there are men who are greatly endowed to bring innovations to different areas of human endeavor.

With their prodigious intellectual capacity, they break barriers in the fields of Science, Engineering, Accountancy, Arts, Politics and Governance. One of the most prominent in this category is Sir Ayodele Oghogho Othihiwa, foremost Economist, astute politician and passionate philanthropist who on account of his solid reputation earned through hard work, integrity, focus, dedication, transparency and desire to break new grounds in achieving set goals has been described by many as a man worth his weight in gold.

Sir Othihiwa, is a patriot and change agent who is politics to provide purposeful leadership and service to the people in a rapidly changing world. He is a thoroughbred professional with a wealth of experience, prepared to combine his professional acumen with the democratic tenet to change the way politics is being played in the district.

Sir Ayodele Oghogho Othihiwa popularly known and called as Sir Ayo in Isoko and beyond hails from Owodokpokpo Community in Igbide Kingdom. He was born October 1965 to the noble families of Late Jeremiah Miller Othihiwa of Ivrudu Quarters and Late Rebecca Eboh Eziokona from Otuloho Quarters both in Owodokpokpo-Igbide, Isoko South Local Government Area of Delta State.

His father, Jeremiah Miller Othihiwa was an educationist of repute who was in the first generation of well educated Owodokpokpo-Igbide citizens. The young Ayodele Oghogho right from his childhood has exhibited enviable leadership traits and exceptional intelligence qualities that have distinguished him in both his academic pursuit and career. 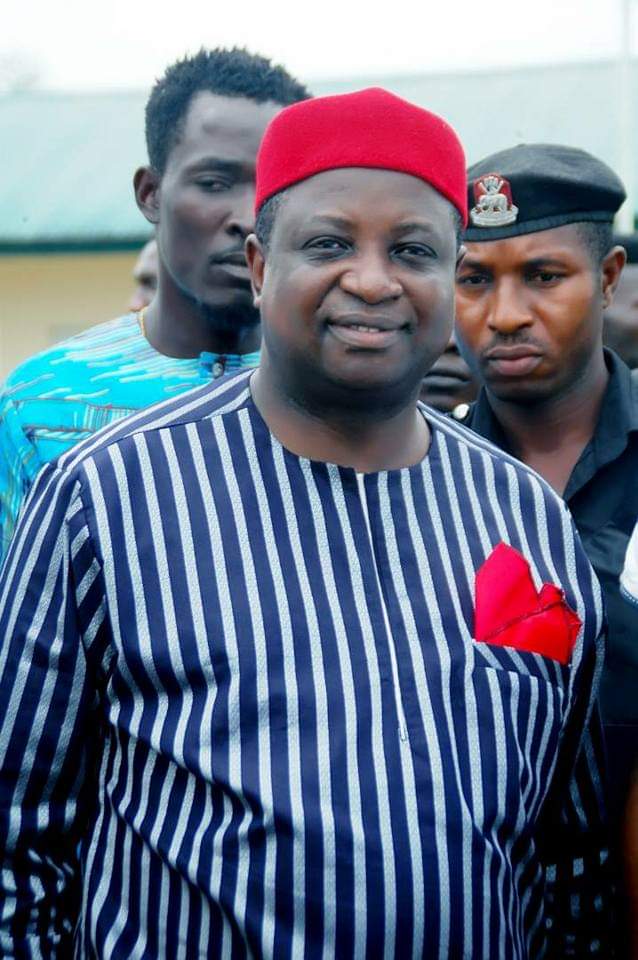 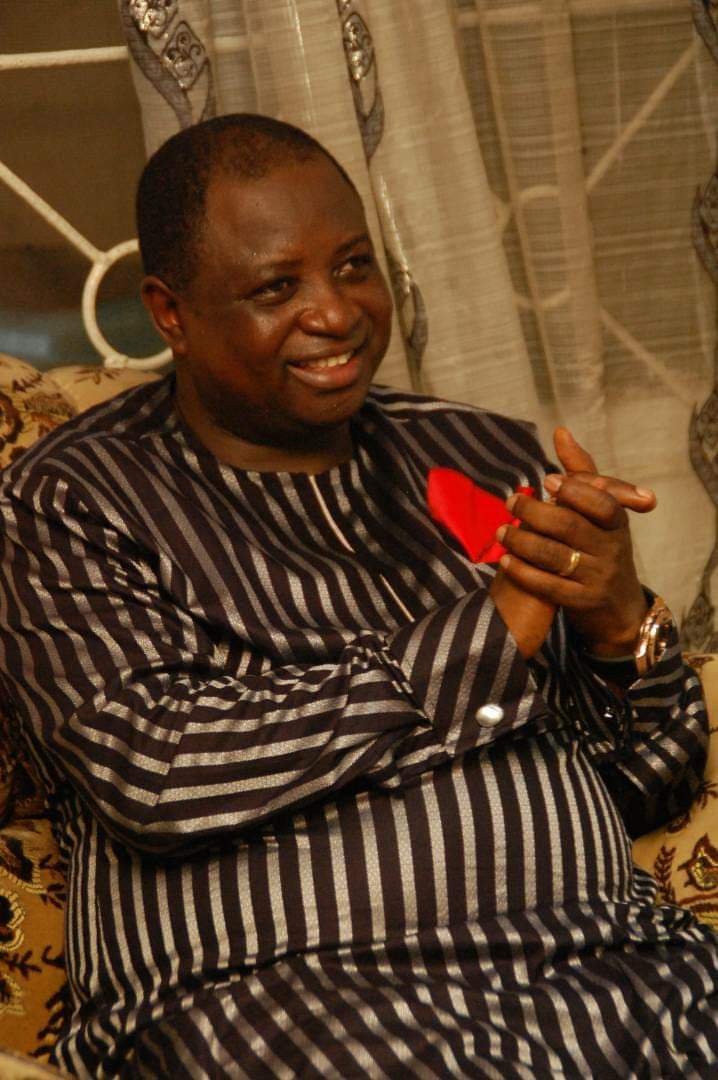 With academic excellence at the back of his mind and the desire to sustain the family legacy of educational integrity, Ayodele set out to grab the golden fleece by acquiring his First School Leaving Certificate with Distinction at L.A. Primary School, Ilishan-Remo and Secondary School Certificate at Remo Divisional High School, Sagamu both in Ogun State following the sojourn of his parents in the South-west of Nigeria. Ayodele’s academic sojourn further took him to Edo State University, now Ambrose Alli University Ekpoma where he studied Economics and Management Science emerging as the best graduating student in the Department of Economics and Management Science, best graduating student in the Faculty of Social Sciences and the second overall best graduating student of the 1988 session of the institution.

An exceptionally brilliant mind, Sir Ayodele Othihiwa who is a distinguished fellow of the Institute of Chartered Accountants of Nigeria and Associate of the Institute of Taxation has been Partner and Head, Financial Services Industry at KPMG Nigeria for the past 28 years, a classic example of diligence, painstaking ability, multitasking and focus. As a professional accountant, Sir Ayodele Othihiwa is a force to be reckoned with in Nigeria’s financial services sector. He has been a faculty and paper presenter at numerous fora in topical accounting and financial reporting matters in the country.

Sir Othihiwa had served as member of the National Committee set up by the federal government of Nigeria to develop the Nigerian roadmap for the transition of Nigeria to the internationally acclaimed International Financial Reporting Standard; a framework currently used for preparing financial statements in Nigeria. He is also the president of the Association of Reporting Accountants and Auditors in the capital market, a body that coordinates the activities of all accounting professionals and service providers in the capital market.

A party man to the core, Sir Othihiwa has been an active member of the People’s Democratic Party for the past 16 years. He is a recognized leader of the party in his ward, having supported the party financially and otherwise to ensure success in the election of the party’s flag-bearers at various elections. He singlehandedly financed a number of PDP candidates to become councilors in his ward and extended financial support to others across the local government.
Like the golden fish that has no hiding place, leadership has always located Sir Ayodele Othihiwa and that explains why he was called upon by the entire Isoko Nation to chair the first ever Isoko Economic Investment Summit which had the Executive Governor of Delta State, Senator Dr. Ifeanyi Okowa as special guest of honour in April 2017.

Having excelled in his professional career, Othihiwa threw his hat in the ring for the 2019 National Assembly election on the platform of the People’s Democratic Party. He challenged Representative Leo Ogor at the party’s primaries to represent Isoko Federal Constituency at the National Assembly.

Even though he failed to secure the ticket, he made his mark. He ran a very robust campaign both terrestrially and in social media. In fact, his campaign strategy went a long way in winning the election for the PDP whose electoral fortune had taken a nose dive then in the area. According to most people accosted on the standing of aspirants for that election, the popular consensus was that Sir Ayodele Othihiwa scored high on integrity, generosity, competence, character, accessibility, political maturity, intellectual capacity and grassroots connectivity. Today, the man, OTHIHIWA is very popular among the electorate in Isoko Nation and beyond. He is a generous, accessible, compassionate and focused politician who is passionate about meeting the immediate needs of his people. As a testimony to his kind nature and readiness to always support his people, Sir Othihiwa soon after the party’s primaries in October 2018 donated relief materials including food items worth millions of naira to hundreds of flood victims domiciled in the internally displaced camps (IDP) at Emede Grammar School, Emede, Isoko South and Alaka Grammar School,Ozoro, Isoko North. This action was seen by majority of Isoko people as an extraordinary show of magnanimity coming from someone who just lost in a primary election. The Elo-Isoko Campaign Organization which he inaugurated prior to the 2019 election was a solid factor to the victory of all PDP candidates during the election.

He is the founder of Sir Ayodele Oghogho Othihiwa Foundation, a non-governmental organization well known for providing financial support to a number of people in addition to offering humanitarian services to thousands of people across the country. Since 2010, the foundation has been involved in philanthropic initiatives ranging from education support, health support, agricultural support and economic empowerment. In his personal capacity, he has assisted many young graduates from his state of Delta to secure jobs in top Nigerian banks and financial institutions apart from facilitating other life changing career employments for numerous others.

A pan deltan, Sir Othihiwa is one of the most open minded Nigerians you would ever meet. He does not give a hoot about ethnic affiliation, as long as you are a deltan. Sir Othihiwa recognizes leadership as a sacred trust that demands quality of mind and discipline of the body far beyond the needs of the ordinary citizens.

He believes that the only way Nigeria can develop and make meaningful progress is through good governance and focus on agenda that have direct bearing on the wellbeing of its citizenry. Leadership according to him “is not about self alone, but about developing others, creating effective successors, not to keep people down, but pulling up as many to create the next generation of leaders. That empowerment requires a methodical process of helping people to stand on their feet beyond mere distribution of handouts.

To provide the right environment that caters for and allows all to reach their individual aspirations. I believe that the time for a change in our representation at the Red Chamber has come. With 2023, comes an opportunity for breaking the status quo, transitioning the current representation to a fresh hand to set Delta South Senatorial District on a new vision of development, to build on what has been achieved thus far and carry us further down the path of socio-economic advancement”.

For political pundits, that brief but illuminating vision statement gives Sir Ayodele Oghogho Othihiwa away as a political strategist whose eyes are fixed on the senate of the federal republic of Nigeria come 2023. Political observers are of the view that Sir Ayodele Othihiwa is the most eligible to take over from Senator James Manager in 2023. They believe that Delta South Senatorial District is yearning for someone with his pedigree to attract investments both from the public and private sectors in order to bring some form of development to the district.

Alex Ovie
A Political Commentator and Public Affairs Analyst
Can be reached at:
alexovie96@gmail.com
08081316110