Skip to content
By Politicsgovernance.com
A staff attached to the Benin Electricity Distribution Company (BEDC) is currently battling for his life at a private hospital in Ughelli, Ughelli North Local government area of Delta State, after being stabbed severally by suspected illegally constituted task force. 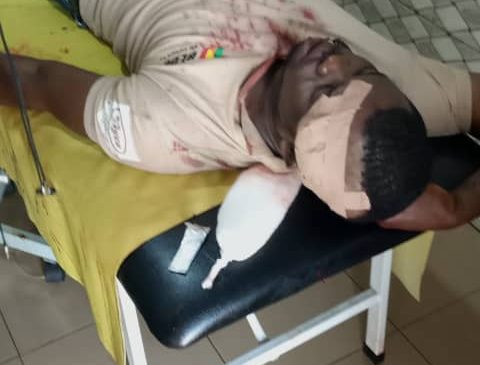 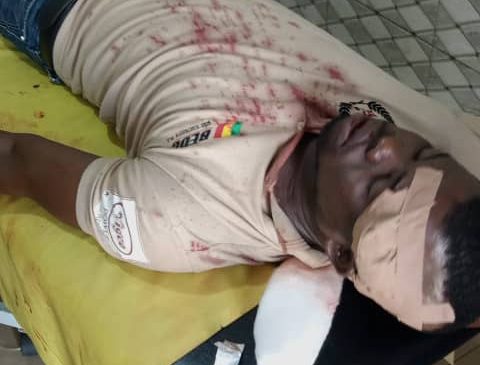 The injured Staff simply identified as Samuel Ojumu Adesina had engaged an illegal tax force team allegedly constituted by the Ughelli District Business Manager to monitor the activities of direct staff of the distribution company. It was gathered.
An eye witness who rushed the victim to a nearby hospital, disclosed that the victim, (SAMUEL)  was chased by his assiliant and stabbed severally on his head and face before leaving him on his pool of blood to battle for his life at Okiki Street, Uloho Avenue, Ughelli.
Narrating his ordeal, the victim, Mr. Samuel Ojomu said his assiliants were a team of hoodlums recruited by the Business Manager, Mr. Bethel Ebiuwhe to collect illegal funds from unsuspecting customers.
According him, “This morning I received a call from one of my customer that some unidentified persons are disconnecting light a Okiki street in Uloho Avenue.
When coonfronted they alleged that they were sent by the Business Manager to disconnect his light and to avoid disconnection, the customer should settle them.
“Immediately I took a bike and went to scene. When I got to the place, I saw one of the driver to our Business Manager his name is Mr. Paul but he is called ‘People’ and some other persons who are not BEDC staff.
“When I confronted them, they said they were taskforce set up by the BM to monitor what’s happening in the field.
“I’m the Reut Marshal covering the area and if there is any such taskforce at least I should be aware and besides the people I saw are not our staff. I then brought out my phone to snap them and immediately I did that, they attacked me with broken bottle and iron. And that was how I found myself here.”
When contacted, the Business Manager, Mr. Bethel Ebiuwhe said, “I don’t talk to Press and if you want to know anything speak with the PRO who is at Warri.
Meanwhile, staffs of the organization has accused the Business Manager of running the Unit as a personal business.
A staff of BEDC who spoke to newsmen on condition of anonymity due said the BEDC boss is using his cronies to take over the job of employed staffs of the organization.
“The BM recruit these boys who are not staffs and they go into the network to intimidate and harass unsuspecting customers just to extort money from them and pay returns to him.
“One of them even boasted that they are the ones in charge because they are settling the BM between N40,000 and N80,000 daily.”
The BEDC PRO, Helen Ogagarue said, “You mean a BEDC was stabbed,? Me i am not aware, i nor know o”. She said.
Post Views: 546