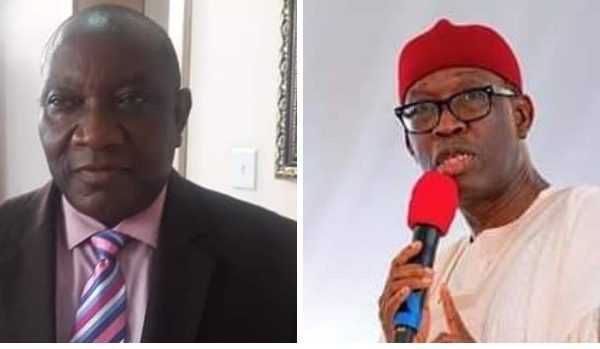 The Secretary to the Delta State Board of Internal Revenue, High Chief (Barr.) Mike Edegware has congratulated His Excellency Sen. (Dr.) Ifeanyi Arthur Okowa, on his resounding victory at the Election Petitions Tribunal, sitting in Asaba.

In his congratulatory message, he said, “Your victory”was expected, well deserved, reassuring and an emphatic reaffirmation of the wish and choice of all Deltans as expressed on election day”.

According to him, “It was a huge relief and gratifying to note that the irritation and distraction which the petition represented have come to an expected end and the coast cleared for the march towards a greater Delta.

The DBIR scribe while urging His Ecxcellency to be magnanimous in victory as always, also adviced the APC and Chief Great Ogboru to respect and bow to the wish of all Deltans and team up with the Governor to take Delta State to enviable heights.

“Let us put these acrimonious contests behind”, he advised, “and join hands with his Excellency to build the Delta State of our dreams” he concluded.