The remains of the drowned final year student of the University of Benin, Ayodele Adeluyi 25, has been recovered by local divers in Oteri-Ughelli community in Ughelli North local government area of Delta State. 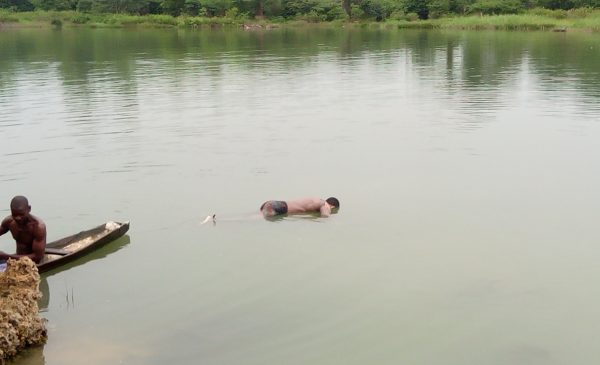 Ayodele, a student of Uniben studying Fisheries at the Agricultural Department, had accompanied his friends to a local dredging site on Wednesday last week Tuesday to swim before his untimely death it was gathered.
According to sources, The deceased had returned from school without the knowledge of his parents and was hanging out with friends three days before the incident.
A source who spoke on anonymous condition alleged that the deceased had swam across the stream and on his way back, has gassed out and being an asthmatic patient he drowned before help could come to him.
His clothes were at the bank of the stream while his mobile phone was allegedly taken away by his friends who had earlier called her sister in Abuja to inform her of his brother death.
His corpse was recovered last Friday by local divers after some traditional rites.
Though no arrest has been made by the police but that leadership of Oteri-Ughelli community has enact a law that on no account should anybody steps into the bush pending when traditional rites over the incident are concluded.
Post Views: 805