Skip to content
By Uruemu Favour,
Over three unidentified persons suspected to be motorcycle riders and task force members have been reportedly injured in a clash between the riders and the officials.
It was gathered that a motorcycle rider was held at about 9:am on Tuesday for not buying ticket.
Recalled that last week, Motorcycle riders in Ughelli North had protested against the sales of tickets in the midst of the #Endsars protest that rocked the entire nation.They protested to Ughelli Police Area Command and the council Secretariat, demanding an end to the sales of tickets in Ughelli North Local Government area of the state. 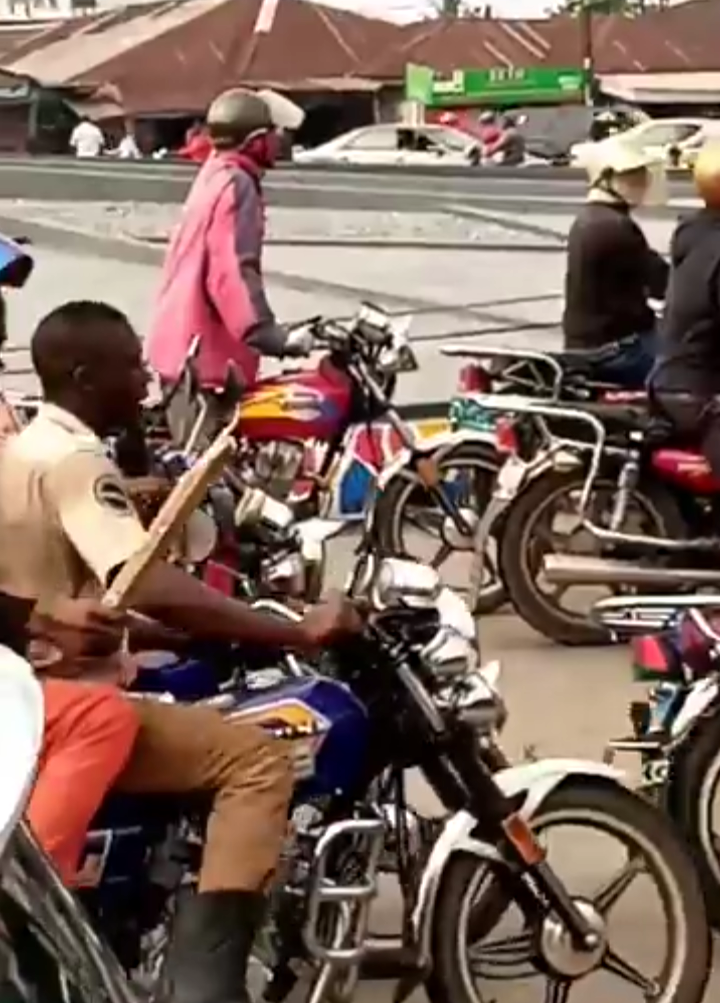 The Chairman of Ughelli North Local Government Council, Hon Godwin Adode narrowly escaped death while he was addressing the protesters last week. He was whisked away from the angry protesters that pelting him with stones and sachet water.
A motorcycle rider who gave his name as James said, “We held meeting with the chairman of the task force and in that meeting, we told them that the sales of the motorcycle tickets should be place on hold for now because of the uprising of the #Endsars protest but they refused and insist that we must buy, that made us to protest last week.
According to James, “We told them that we will buy but for now, it should be place on hold, they refused our plea and it has generated another problem to the extent of nearly killing one of our colleagues at Adagharagba junction”. James disclosed.
“The injured persons, it was learned were rushed to a private hospital for medical attention. 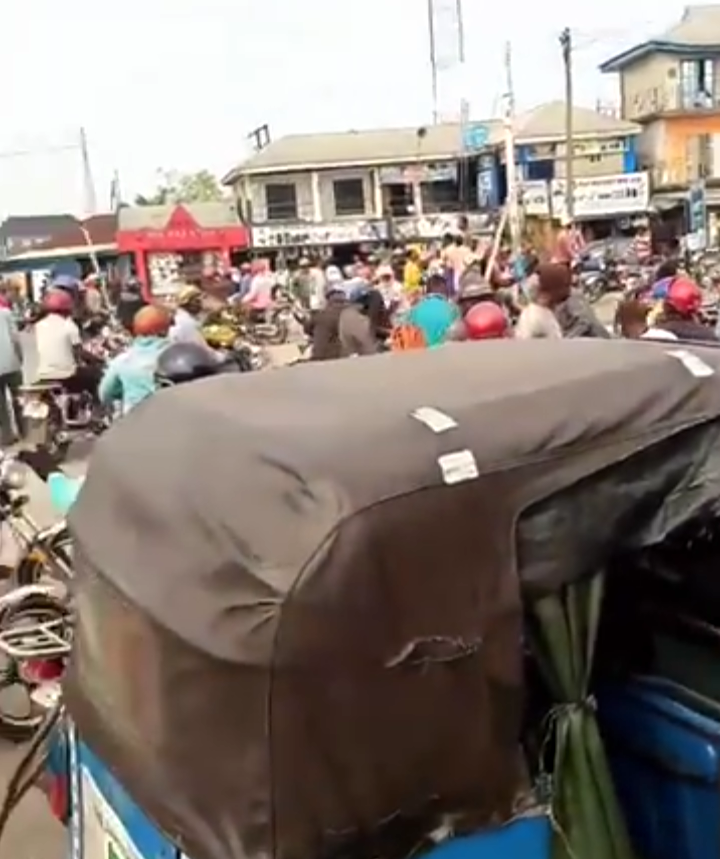 Efforts to speak with the chairman of the Delta State Tricycle and Motorcycle riders, Ughelli North chapter, Prince Augustine Ayonuwe was not successful as text message and called to his mobile line were not replied as at the time of filling this report.
Post Views: 203