The Deputy Governor of Delta State, His Excellency Dcn. Kingsley Burutu Otuaro has described the initiative of the state’s number 1 interventionist agency, DESOPADEC, of constructing, completing, commissioning and handing over an ultra modern housing unit at Okerenkoko to the management of the Nigerian Maritime University as very cheering and encouraging.

He stated that the project would certainly go a long way in addressing the nagging accommodation challenges presently confronting the young and strategic institution of higher learning located within the coastal axis of the state.

Other features of the project built in record time consisted of perimeter fencing, landscaping and interlocking, water treatment plant, installation of digital satellite decoder (DSTV) in all the rooms and living rooms, installation of gas cookers and cylinders, kitchen utensils, as well as the provision of window blinds, amongst others.

Earlier, the Managing Director/CEO of the Commission, Bashorun Hon. Askia Ogieh had disclosed the rationale behind the project and its record timeline under nine months completion from the time it was awarded in may 2019.

He said the project and its execution fell in line with the vision of building a stronger Delta by His Excellency Governor Ifeanyi Okowa.

The DESOPADEC helmsman expressed joy and satisfaction at the timely execution of the project which he disclosed was in sync with the new management policy of finishing projects within the budgetary year.

He said more significant improvement would be noticed in the course of time as the Commission has rolled up its sleeves in quality project execution, adding that it will continue to execute people-based projects that reflect the needs and desire of the mandate area.

Also speaking, the Executive Director of Projects in the Commission, Hon. Barr. Daniel Mayuku commended the contractor for delivering top-of-the-range project and in record time.

He said such contractor should be encouraged and continually engaged to execute other projects of the Commission. 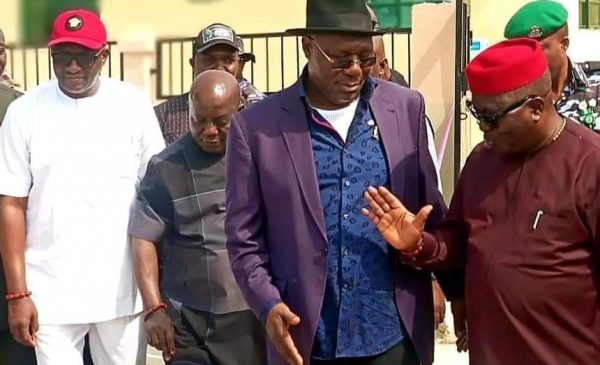