In a statement signed by Media Assistant to Comrade Ovuozourie Macaulay, Mr. Iteveh Ekpokpobe and was made available to Politicsgovernance.com , reads, “Ordinarily it wouldn’t have incite a response due to its Peoples Democratic Party (PDP) orientation, but there were issues raised which must be addressed for the sake of posterity.

Macaulay never in any instance discussed any issue with the writer. He was at the verge of exiting the PDP Campaign Secretariat in Asaba when Latimore ran into him.

“Been acquaintances for decades, Latimore sought his permission to take a photo shot with him which he obliged. It ended there. There was never any discussion except exchange of pleasantries. Hence, Macaulay is most perplexed about claims contained in that article, to say the least.

Latimore claimed that Macaulay berated the former Governor of Delta State, Dr. Emmanuel Uduaghan for abandoning a party (PDP), that baby-nursed him from semi-poverty as a medical doctor with a low-key lifestyle to a prosperous individual of enormous proportion…” A claim taken too far.

Reaffirming his support for the PDP, Iteveh held that, “Macaulay has instituted structures for the party ahead of the elections and he is a member of the National and State campaign councils of the party who has campaigned vigorously for the party.

“He is still campaigning. But he holds it dear that his campaigns are issues based. Insulting his former boss, who by age, is his elder brother, will not be part of his campaign and winning strategy. 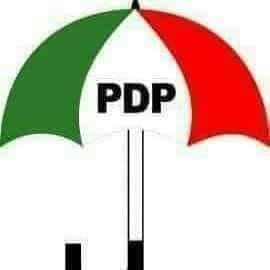 “The former SSG believes in issues based campaign and will continue to go by that dictate. As a matter of reiteration, he posits that latimore’s claims never emanated from him and as should be disregarded”. Iteveh said.