As Nigerians prepare for the wet or rainy season in earnest, a philanthropist, Dr. Sunday Okonji, has embarked on the construction of 700 metres drains to check the perennial flooding of Ojogho Street, Agbami community, which is close to Christ the King Catholic Church, Okpanam, Delta State.

According to Dr. Okonji, the huge volume of water from Okpanam that passes through the street has created serious ecological challenges and threatened the socio-economic activities of the people of the area.

While stating that the drainage project and other ecological interventions in the area had cost him several millions of naira to manage, the business man observed that Governor Ifeanyi Okowa has done a lot in providing infrastructural facilities across the state, saying the governor should not only be commended for his efforts but complemented also. 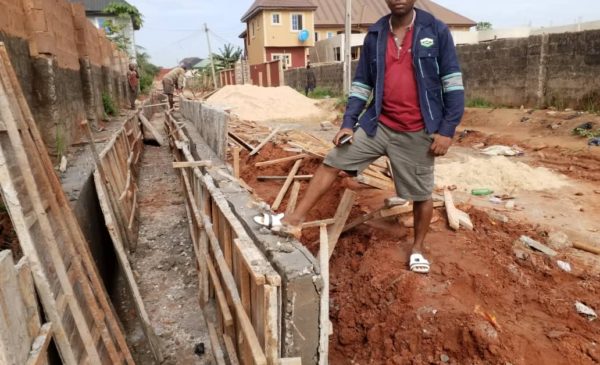 Okonji said, “”As you can see, the area is having serious ecological challenges. Apart from the flooding, which made the area inaccessible even by foot before my intervention, houses are being threatened by erosion. I have discussed with relevant authorities but they have not been forthcoming in terms of needed solution which prompted me to undertake some intervention in controlling the erosion, before those buildings cave in.

“The major problem of people living in this area is lack of access road resulting from flooding and the ecological problem, which was apparently worsened by quarry activities.

“For the past three years, I have been the person grading the road up to the Catholic Church, Agbami community linking Midwifery road, for people to have access to their homes.

“I live in the neighbourhood and the area has a shopping mall, gas plant, petrol station and a school that can employ more than 200 Deltans. So, I can appreciate the vast socio-economic benefits of having access roads in this area.

“As we speak, the Bank of Industry (BoI) has already approved the establishment of a glass and PVC making company in the area; but we require government’s intervention too.

“Already, a police post has been approved for the area which I have chosen to personally build in the next few weeks. 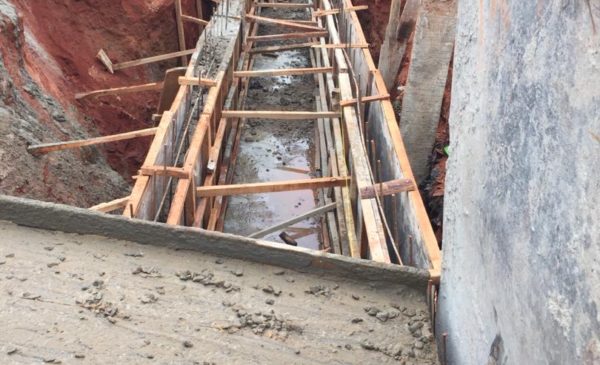 “Last December alone, grading and filling of the gullies took more than N1 million from me; and, considering the width of this drainage, government should come to our aid to make it a fully covered drainage and to construct the roads. We have construction companies that have indicated interest to construct the roads with their resources if government agrees to pay at a later date, because we are aware that the Delta State government led by Senator Dr. Ifeanyi Okowa is doing a lot to make life better for Deltans.

“We all need to contribute to the development of the state by assisting the government, which has good intentions for the people. I can tell you that we are happy to embark on these projects despite the fact that people believe it is the responsibility of government to execute such projects because of their huge cost implications.”