….thank Gov. Okowa for standing firm behind his younger brother
….. Numerous court cases are over, it is time to work-Waive

The Ovie of Ughelli Kingdom, HRM Evang. (Dr.) Wilson Ojakovo Oharisi III has stated that Ughelli Descendants are not involved in the worship of Omalokun because it is deity from Ijaw Kingdom and that the kingdom has been handed over to God when he gave his life to Christ.

Oharisi III said this recently during the 8th edition of Ughelli Day of Prayers and Thanksgiving, with the theme ‘Favour for Advancement’ held on Saturday and Sunday at the township stadium and Royal Palace Church, Ovie palace Otovwodo respectively. According to him, “in the kingdom, there are different forms of drama and entertainment during our festival. The festival is not meant for any deity rather it is a time of merriment but some people brought in their mother’s culture to pollute the festival.

“Omalokun is from Ijaw Kingdom, we do not worship Omalokun and our festival has nothing to do with Omalokun. One of the reasons why I set aside two days for Ughelli Day of Prayers and Thanksgiving was to correct the wrong impression that non-indigenes have about us and I desire unspeakable breakthroughs and God’s blessing upon the people. I gave my life to Jesus eighteen years ago and handed over the kingdom to God instantly. When opening the Royal Palace Church in the palace that same year, we dedicated Ughelli Kingdom to Jesus.

“I also decided to introduce Ughelli Day of Prayers and Thanksgiving as a tool of evangelism because I heard and was taught that the word of God should be preached to every creature and God has been blessing me since then, there is peace in the kingdom, rapid development, companies are being established, the roads have been upgraded to dual carriage ways etc. because it is written that when the righteous rule, the people rejoice. 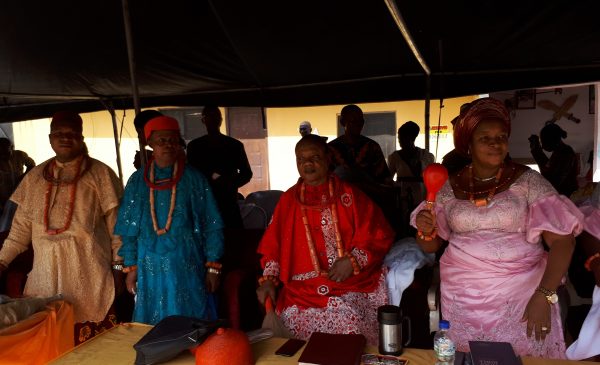 Continuing he said “I am surprised that eight years after the programme was introduced some churches, chiefs, Ughelli descendants and towns/villages are yet to participate. My advice to them is that they should key into the programme and God will bless their ministry, towns/villages and family.”

Reacting to the news of the victory of his younger brother, Prince Eric Oharisi at the appeal court, he said “there is joy in my heart. I thank Governor Ifeanyi Okowa for standing firm behind my junior brother all the way. He won because of the governor and we are grateful and happy generally in Ughelli kingdom and by the grace of God, on Sunday I will do personal thanksgiving to show appreciation for what God has done for me.”

Hon. (Rev.) Francis Ejiroghene Waive (MFHR) member representing Ughelli North, South and Udu Federal Constituency stated that the numerous court cases were over and that it is time to work. According to him “the numerous court cases are now over God has given us victory so it is time to work. Today I have come to thank our king ordained by God, Ughelli people and Christians. You did not only vote for me you also prayed for me. You have done well and by the grace of God, I will work for Urhobo’s, Ughelli and Nigeria.” 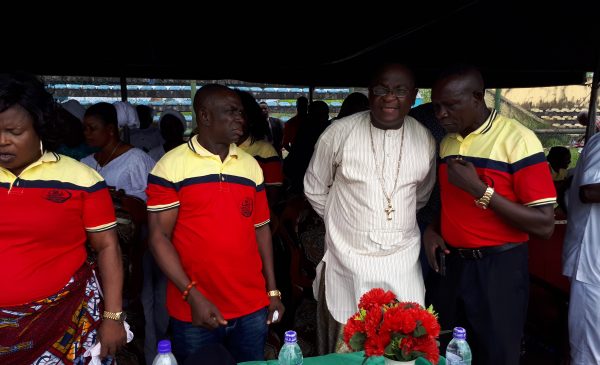 In his address earlier, President of the Ughelli Day of Prayers and Thanksgiving, Bishop (Dr.) Kingsley Enakirerhi speaking on the theme of the 8th edition ‘Favour for Advancement’ said that “labour is good but favour is better. We believe he will advance our lives with favour in Ughelli and environs. We want our labours crowned with favour this year and beyond. Favour for advancement represent natural desires of the sons and daughters of Ughelli as well as all who dwell in the land for something dramatic, novel, delighted, reverberating, celebrated, conceptual, reallocation and strong departure from old things that has not helped us as a people.

“We appreciate the Almighty God for his wonderful works in our lives since the inception of this programme the dividends of the annual prayers are visible among us. We pray that the Lord would continue favouring our lives with salvation, sanctification, abundant job opportunities, joy, blessings, prosperity and protection, marriages, health and healing.” He said

On his part, Chairman Central Working Committee, Rev. Benjamin Esemeteya stated that the success of the 8th edition of Ughelli Day of Prayers and Thanksgiving is as a result of the central working committee moving round the twenty three towns/villages to pray and sensitize them on the importance of the programme. “At a point in Ughelli no one could move freely as armed robbery was the order of the day, shops and houses were broken into and properties worth millions carted away. The police and security agencies could do nothing to stop the menace as these boys moved in the company of 50’s to perpetuate evil in any selected area.

“The king decided that we should turn to Christ and hand over the kingdom to God and during the first edition in 2012, during the thanksgiving service at the palace on Sunday, a strong wind uprooted two trees in Otovwodo known as man and woman and blood was gushing out. Robbery reduced drastically; industries sprang up, politically, in appointments Ughelli sons and daughters have been remembered etc. but the people who are supposed to take the programme as their pain are not involved. It is supposed to be a Christian affair irrespective of denomination. Unbelievers, cultist and idol worshippers will repent if we come together to pray already other kingdoms are copying what we are doing because the gains are enormous.” 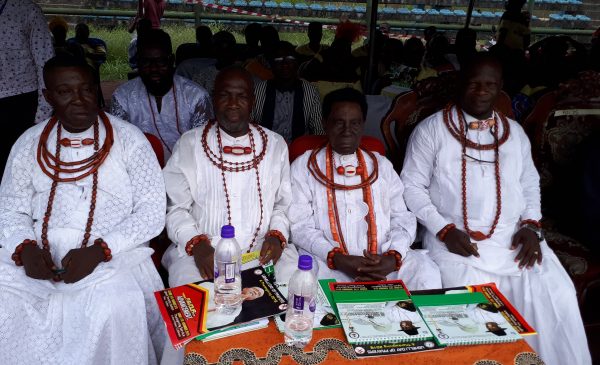 Rev. Azaka Ejovwoke Secretary Central Working Committee noted that God has been gracious to the indigenes and residents of Ughelli kingdom. “Since this programme started it has been good all the way. Four things happened recently and if it has happened else where it would have been disastrous, an accident involving a tipper, small car and a keke at the turning point by Heroes of Faith church, a truck with failed brakes ran into a residential house along Ughelli Patani road, a tanker fell and spilled its products on Ughelli Dumex road and the Otovwodo market fire accident but no lives were lost.

“Our prayer for the youths is that they give their life to Christ thereafter they should find something meaningful to do so that they can take care of their essential needs. The issue of youth restiveness does not pay anytime anywhere. They should do something meaningful that will turn their lives around. The issue of believing that unless you work in the park or as ticket boy you will not be empowered is not true. There are many ventures in this kingdom that people can dabble into and make a living out of it there should be no restiveness whatsoever.” He said 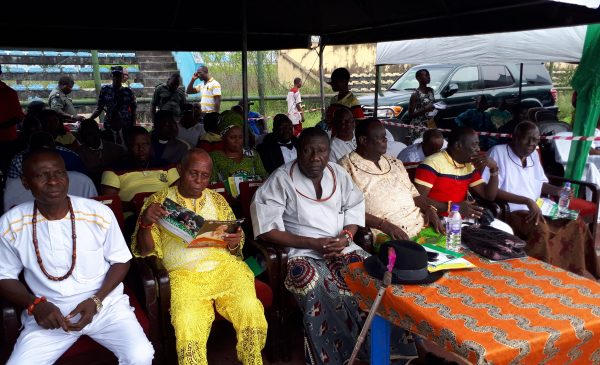 Country Manager of Esobito Halawani Foundation Non-Governmental Organization, Imuedo Odesiri Onisuru stated that they were partnering with Ughelli Day of Prayers and Thanksgiving to increase God’s glory in their foundation. “Our foundation is all about charity. We deal with the needy, those that have health challenges, widows, orphans and destitute.

“We have gotten so many testimonies from this programme so I am appealing to everyone in Ughelli towns/villages to key into the programme and I assure you that your life will not remain the same. The theme is prophetic and we want to key into it because I believe that by next year when we are coming for the 9th edition, it won’t be what you are seeing now, you will see the advancement in us as an NGO.”