The immediate past Governor of Delta State, Dr Emmanuel Eweta Uduaghan has confirmed his exit from the All Progressive Congress, APC, to strengthen the People’ Democratic Party, PDP.

Uduaghan had left the PDP over irreconcilable difference with the party hierarchy and his successor, Sen Dr. Ifeanyi Okowa.

According to sources, the move for the return of Uduaghan was initiated by the party bigwigs since 2019 after he lost his senatorial election to Sen. James Manager.

It was also gathered that the leadership of the party had settled the internal crisis that made him to leave. And in other solidified his return, he meet with Chief James Onanefe Ibori and Governor Ifeanyi Okowa at Oghara recently.

Uduaghan in his verified twitter account, @Dreeudughan he said, “I am back to join forces with other party greats to strengthen our party, the largest Party in Africa -PDP! 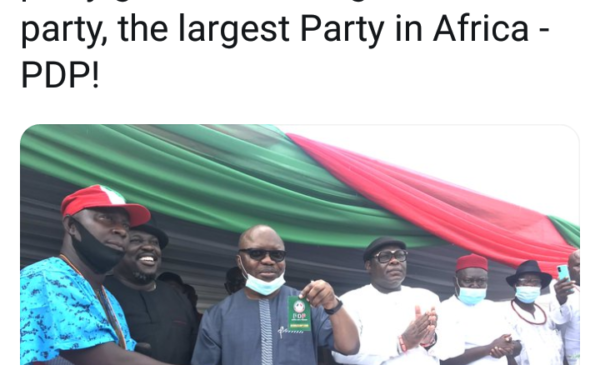